For some reason, hell-platforming has become a popular genre. With cult classics like I Want to be the Guy and Indies hit like Super Meat Boy, we seem totally willing to torment ourselves in the name of the challenge. Stepping into the ring now is a new title to test your reaction times and patience, Cloudberry Kingdom from Pwnee Studios. 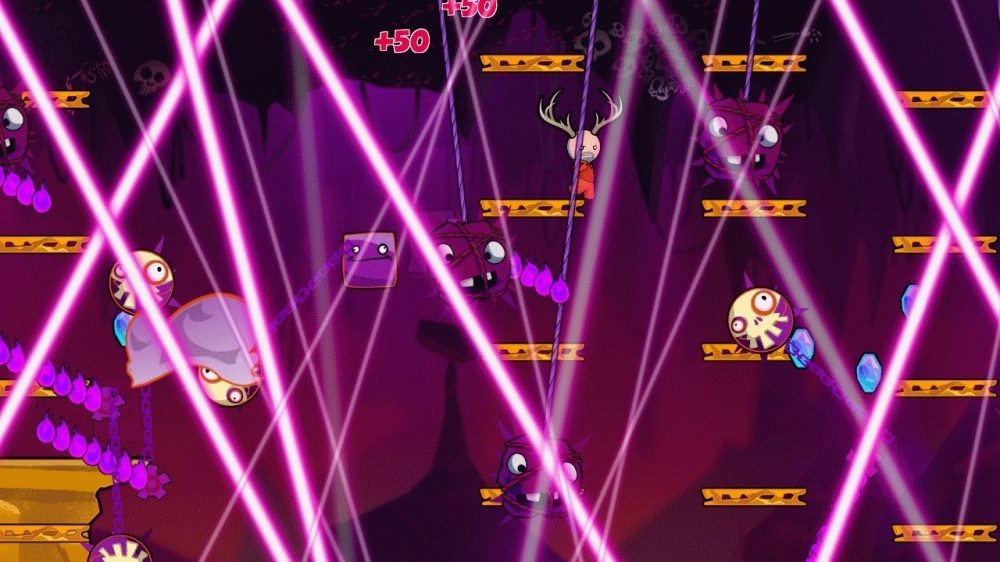 The art style is hit or miss. Backgrounds art has a pretty, painted style that makes each chapter distinct. The colors are bright and cheerful. On the flip side, character design is minimal and uninspired. The few customization options serve only to clutter the design. The various obstacles and traps have these cute derpy faces that gives them a charming feel. However, because each object has such detail, the screen gets clustered very fast, making the challenge less about finding a safe path and more figuring out what won’t kill you. The story mode has cut scenes that are animated with a unique paper craft style that creates a fun cartoony atmosphere. The story is forgettable, but that isn’t a big deal. No one comes to these kinds of games for the story. 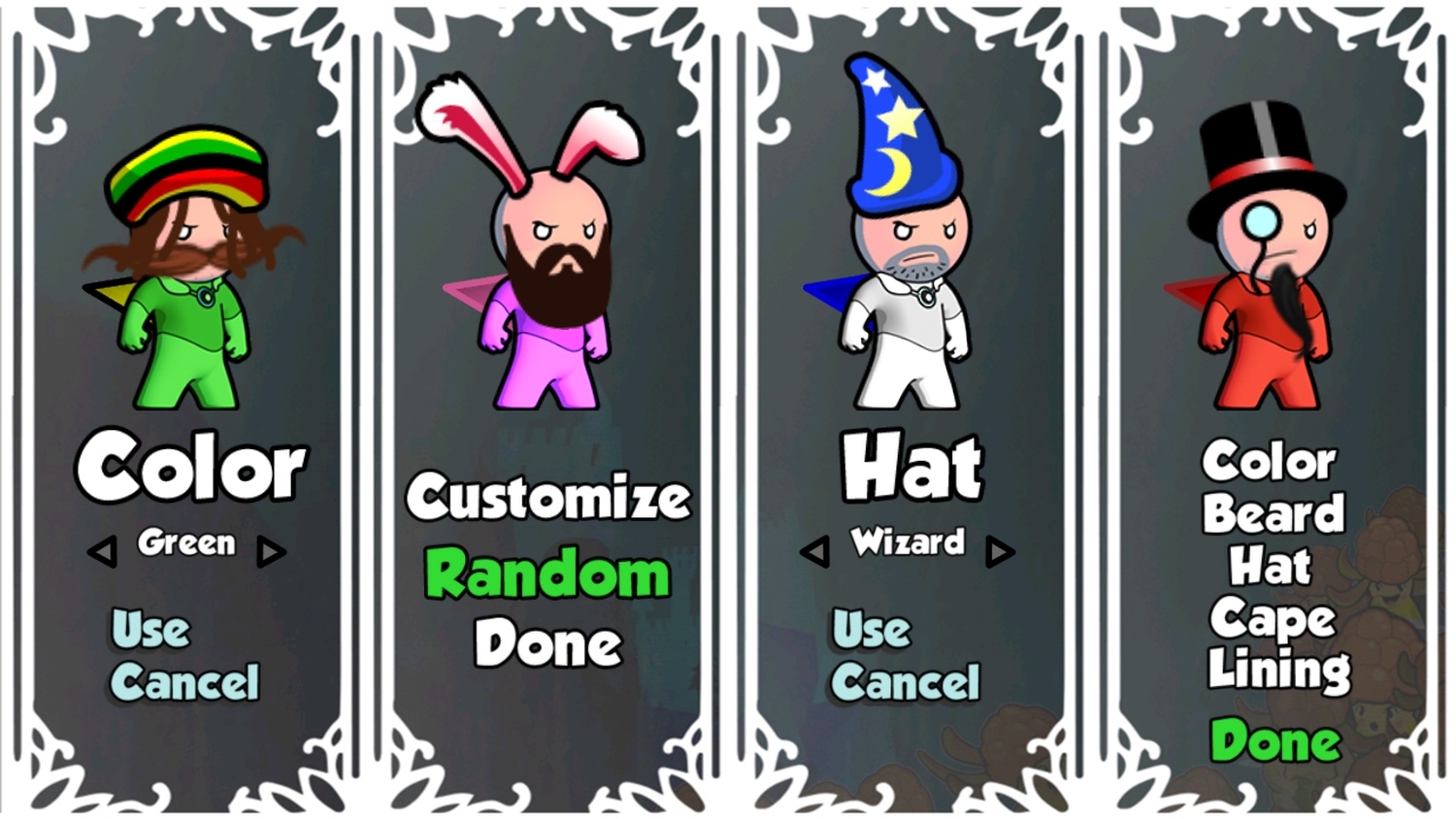 The game has a rotation of tracks to serve as its background music. You might not notice them at first as they blend well with the game. They never intrude or distract from the gameplay. However, when you do notice the music, you’ll find that there is some really excellent tracks. The trance music is well made and keeps you in the mind set needed in this kind of game. But don’t be surprised if you find yourself taking a minute or two to stop and listen.

Along with story mode, there are extra modes with Arcade and multiplayer options. The game touts the ability to play an infinite number of levels. The AI can apparently build levels in response to player skill. Freeplay lets you set any stipulation you want and allows you to hone your skills. Arcade has you playing for as high a score as you can manage. 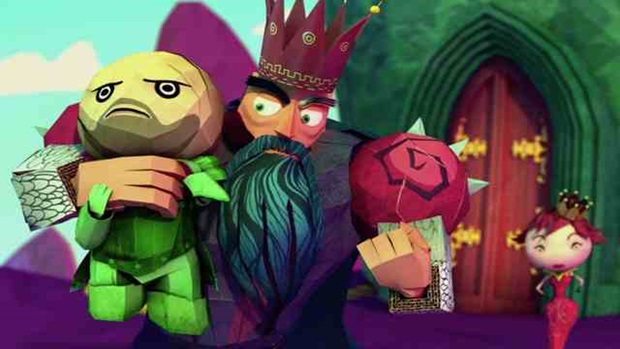 Games like this are made or broken by their gameplay, and this is where Cloudberry Kingdom stumbles. First and foremost, use a controller of some kind. Keyboard controls are always more difficult. The gameplay is solid when it stays standard. The controls are tight and responsive. There is a kind of flow that each level has, and when you’re in it you can breeze through levels like a pro. Those moments feel great. However, the game tries to vary the typical run and jump gameplay and this is where the problems are. Cloudberry Kingdom adds different control stipulations as you progress through the levels. Some levels will give you a double jump, others will strap you to a wheel, still others will change your size or even turn you into a side-scrolling space ship. These changes can spice up the gameplay in some places, but more often than not, it breaks that all important flow and breaks down the whole system. Two of the worst offenders was a section where the hero was constantly changing size and when the hero was stuck in a box can could only move by hopping. When the game had a function that let me see the exact path I needed to take and I still couldn’t beat the level, then the variant are getting in the way.

Cloudberry Kingdom had the chance to be a well styled addition to the hell-platformer genre. The charming art and excellent music, however, can’t redeem the frustrating variants that the game introduces. Hardcore platforming fans will still want to give this a look, but the rest might pass this one by. Or, if you have a love for Kevin Sorbo, he voices the hero in story mode, so that might sway our opinions.

Summary: A stylish platformer let down by the risk taking developmental choices.

Cloudberry Kingdom is available on Steam, Xbox live, PSN, and Wii U.

Free DLC: Need for Speed Heat – Keys to the Map (Playstation and PC)