Creativity in video games has always been a standard. How do you beat this next boss? How do you navigate past this obstacle? In the past, the solution usually had a few different answers, but today the answers offered really do seem endless. Reassembly demostrates this by placing you in a gigantic galactic sandbox. You will start as the little fish, and work your way into becoming a devastating war-machine. Do you prefer anti-matter cannons, or a nice simple plasma beam? Maybe you will swarm the enemies with missiles and drones. Maybe even all of the above! Eventually you will also get the opportunity to design and produce your own fleet with a factory attachment. Each ship can be given a “child order” in which they will spawn their own new ships as long as they too have a factory attached. A war-machine and a loving mother? Oh the duality of man… Er, woman… Err… Spaceship. This isn’t going well. Anyways, let’s take a closer look at Reassembly. 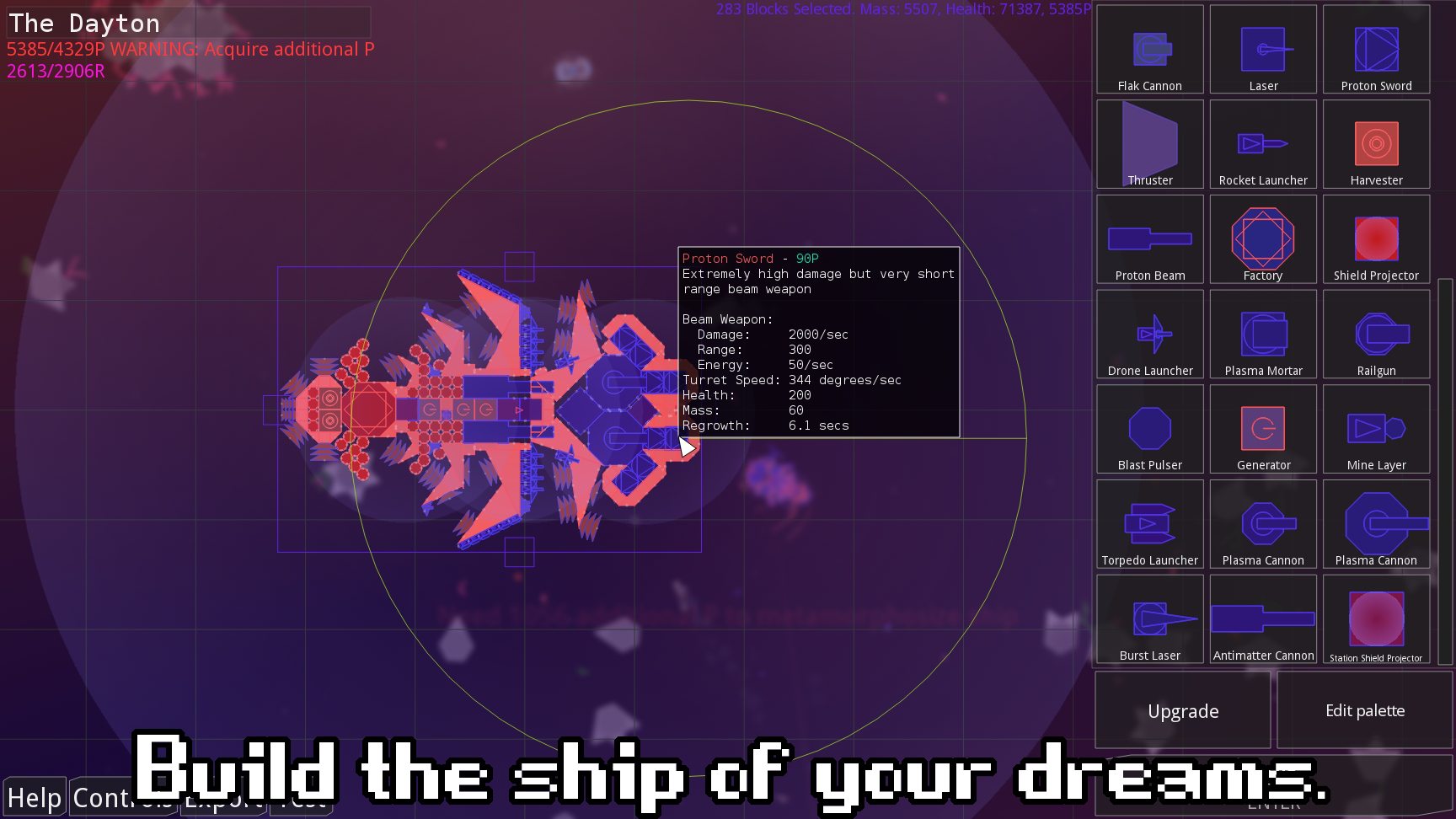 Upon killing an enemy ship you will start to gain “R” or resources, which can then be traded in for “C” (currency). The currency is then used to buy new parts that can be used in any new ship design, this means you will probably redesign your ships fairly regularly to keep up with the latest, greatest weapons in attempts to conquer bigger threats. Your mothership has a “P” limit, I assume P is for power, which can be upgraded with the currency. The power limit of any ship designs constructed will translate to the resource cost once you eventually unlock the factory. While the basics can take a while to master due to the needlessly abbreviated names, eventually your mother-ship will be ready to take on anything. You will scoot around repairing damaged stations, which are actually destroyed by your enemies in real time! There are 7 factions, which means 6 different races to destroy! While you might enjoy feeding on their little guys, stay on your guard because there is almost always a bigger fish. Then again, it might be worth the risk because destroying one of the gigantic capital ships among their allied swarm is extremely thrilling! 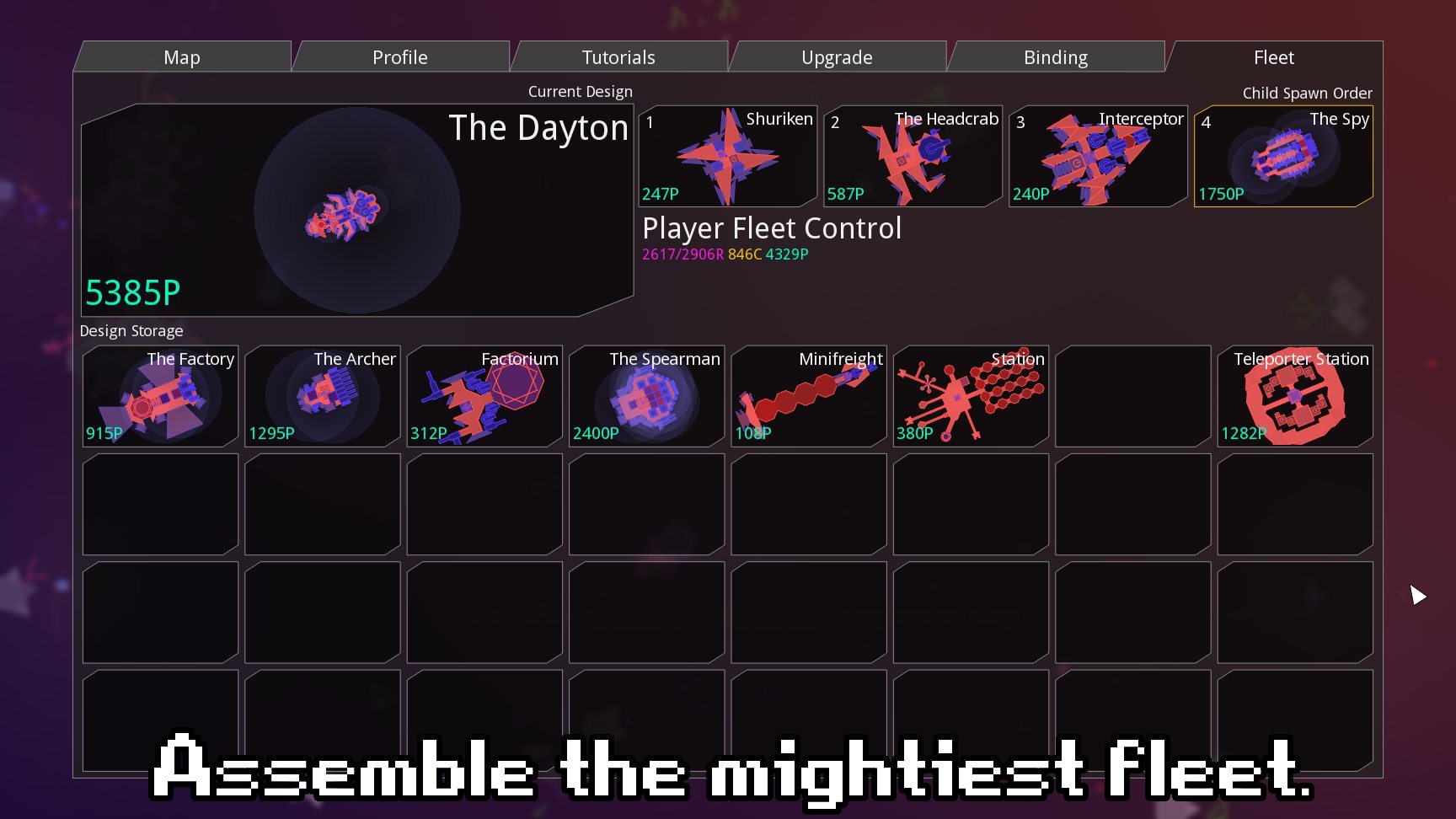 Maintaining control of an entire galaxy is tough work though, and opposing factions aren’t the only ones out to ruin your rampage. Agent fleets, which are created and uploaded by other users (via wormholes) will relentlessly hunt down and destroy your spawning stations. When you finally find your way back to try and repair it, prepare for one hell of a fight. Flight and weapons are wonderfully dynamic, both in combat and out. Navigating an asteroid field takes a lot of foresight, unless you just have a set of lasers mounted to burn through anything that gets in your way. Some weapons are able to follow your cursor, while others are mounted firmly to the ship. Finding the best combination for your race, fleet, and strategy is absolutely imperative. Each of the seven races offers a completely unique set of parts for their ships so even after you’ve cleaned up the galaxy as one team, there is still tons of incentive to go back and try the others. The AI is pretty intelligent as well. You won’t see a drone ship (yours or the enemy’s) rush into the fray, and even the combat fighters know when it’s time to retreat. 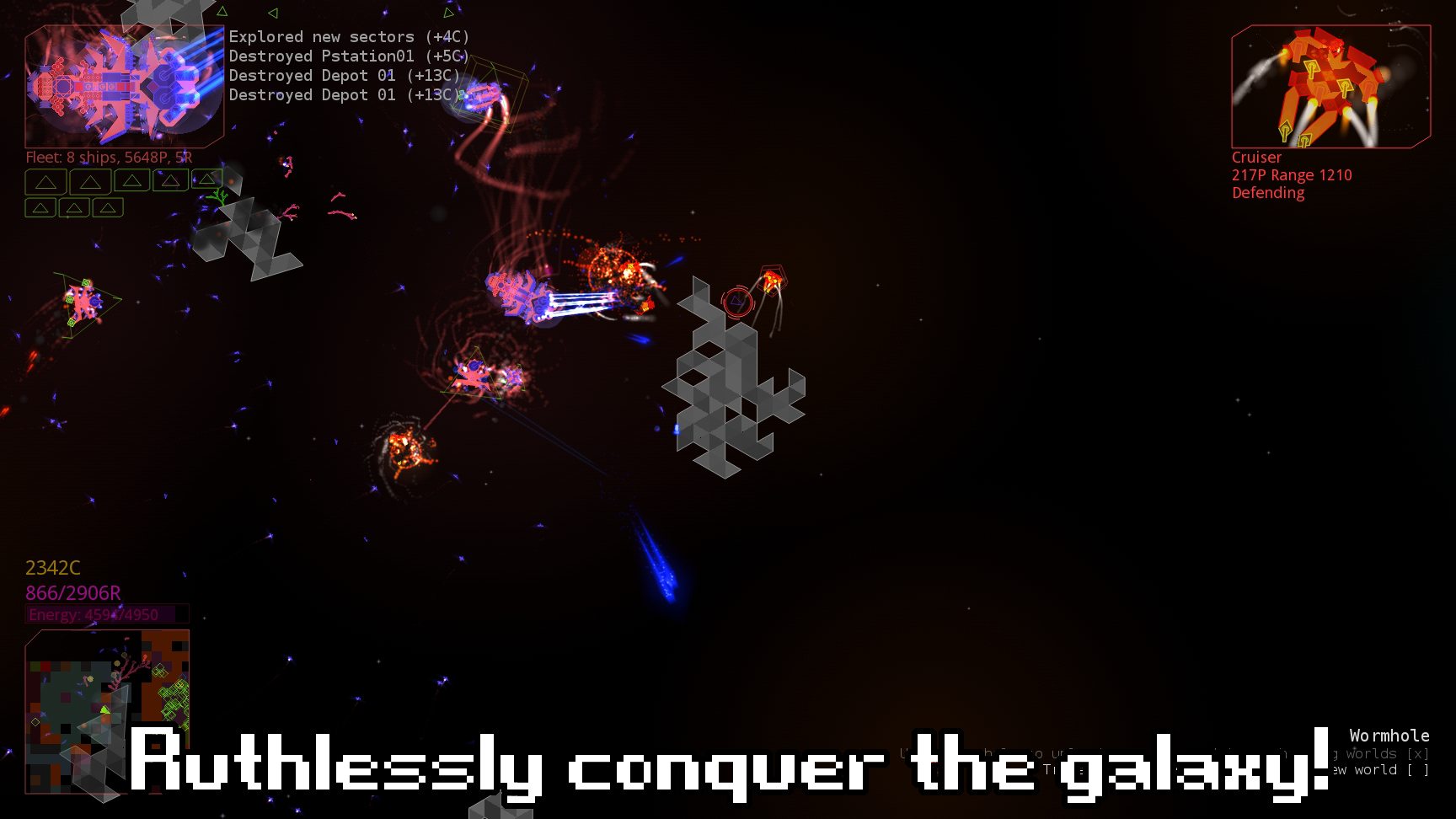 There is very little criticism I’m able to find for Reassembly. It does lack a story, and the level generation seems completely random which doesn’t lead to much strategy regarding which colored enemies to go after until later in the game when territories have more or less been established. Overall, I found Reassembly to be an endlessly replayable treat, with a learning curve much higher than one would perceive at first glance. There are so many little touches that put this game over the top, such as the ship building battle simulator, in which you can test your newly constructed ship against enemies of around the same cost. This helps immensely with knowing how the AI will handle the many ships you spawn for it. Paired with the amazing construction, and as many galaxies as there are wormholes to crawl through (read: ENDLESS) this game is a fantastic indie gem that has truly blessed my library. Big thanks to Anisoptera Games and Indie Voyage for the review copy, this game is a jump away from absolute perfection. Fantastic work!

Summary: A gorgeous space-sandbox which allows you to design your own fleet and strategy.

Verdict: Reassembly will please anyone with an eye for construction and customization.