When I say diarrhea-filled tampon, your first reaction is probably giddy laughter. I was extremely excited for Where’s My Mommy, and on the trial run I found myself laughing at the broken condoms, bags of cocaine, and general memeness of the game. After mastering the basics and cackling at the extreme nature of what’s presented, I went to bed with my mind rolling in filth. Upon coming back to the Wheres My Mommy review however, I found the hilarious impact of it’s shock humor had severely diminished. 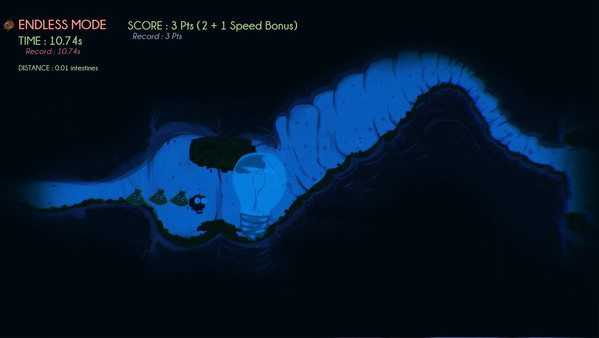 The main character of Where’s My Mommy is Poopy. His mother was taken through the colon and ejected through the great balloon knot. Poopy can transform into liquid to traverse porous objects and confined spaces, or become a solid to smash through a variety of obstacles. The mechanics are extremely simple, and it leads to controls that feel impeccable. The unfortunate thing about Where’s My Mommy? is the minimal amount of objects and lack of any written jokes. Visual gags will only work so many times, especially since the animations are completely set. 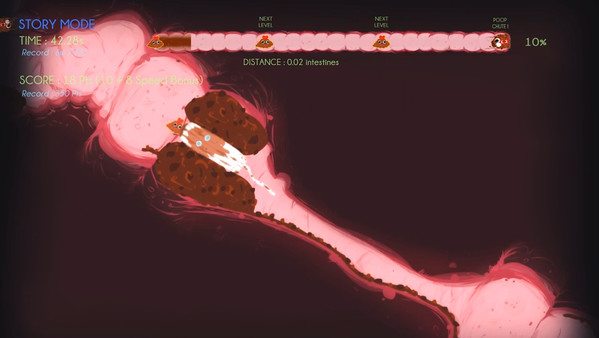 Pears are the best example I can think of. No matter what angle or height you smash into it, the destruction animation always occurs in the same place. Some additional physics could’ve made this game a blast, instead it feels really lackluster. Where’s My Mommy is a fun idea that feels like it hasn’t come much past the concept stage. Obstacles number less than 20, and although they are combined in a clever fashion there is simply too much competition among speedrunners near this price point. It’s good for a laugh, but the joke gets old pretty quick. 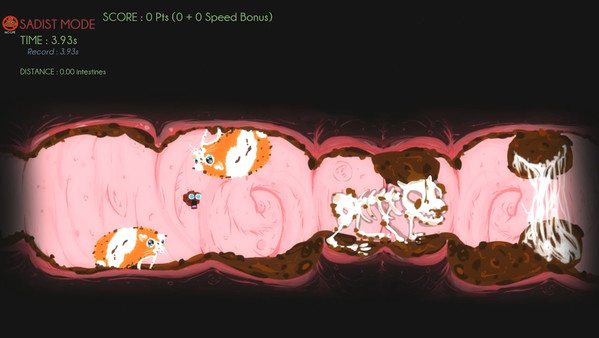 If I had wrapped the Wheres My Mommy review after the first session, my impression would’ve been quite good… But at a $6 price point, I feel a game should at least warrant a second playthrough. This game has a lot of room to grow, and I hope it will do just that. Global highscore boards, additional skins, even just a third form to unlock would do wonders to extend the life of this game. As it stands? I think it’s a decent attempt at shock humor that reminds me more of flash games than a Steam library gem.

Summary: A platforming speedrunner that relies mostly on shock value to please.

Wheres My Mommy? was released on Steam March 1st 2016.