The Humble PLAYISM Anniversary Bundle just launched on Thursday, June 18th and will be live through Thursday, July 2nd. 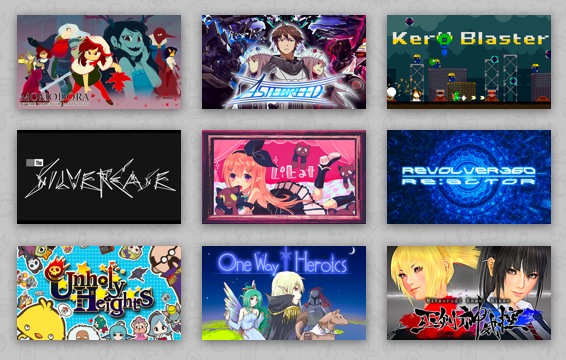 It’s their anniversary, but they’ve brought the gifts! PLAYISM is here to celebrate in the newest Humble Bundle! Check out their hottest games: Momodora: Reverie Under The Moonlight, Astebreed Definitive Edition, Kero Blaster and more.

TIER 3: Pay $10 or more to also get the final tier of games; The Silver Case, Momodora: Reverie Under the Moonlight, Astebreed: Definitive Edition and BREAK ARTS II

You can buy The Humble PLAYISM Anniversary Bundle here

All games are delivered as Steam keys. Normally, the total cost for the games in this bundle is as much as $147