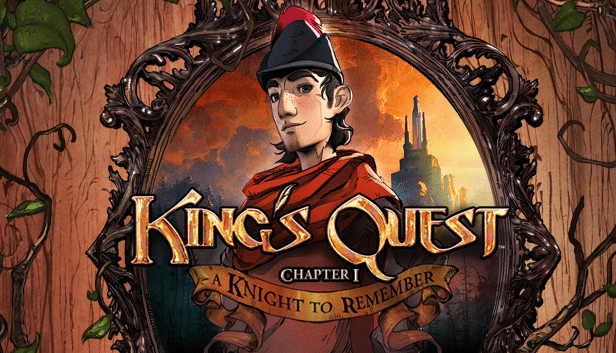 King’s Quest is a collection of five different chapter releases, each focusing on an untold tale in Graham’s past. In each chapter, an aging King Graham reflects on his life of adventure with his granddaughter, Gwendolyn.

Let’s get this out of the way first: I, too, am disappointed about the Epilogue fiasco. Sierra, we’re not asking for a handout, we want to give you our money. Let us buy the Epilogue individually.

But I think giving this game a thumbs down in reaction to some bad marketing is an unfortunate overreaction. This game is uniformly excellent. I bought the first episode on sale expecting to hate it, and knowing it would be nothing like the games I loved as a child.

I was right on the second point but dead wrong on the first. Although King’s Quest (2015) plays like a modern adventure game and not like the classics fans remember, this is not a terrible thing. It could have been, given how awful most modern adventure games are, but a great deal of care went into its design. The story is intricate and fascinating, dropping tidbits for old fans while still being intriguing to new ones.

The replay value of this title is off the charts, not only because of the story elements you will miss the first time through and gasp at when you see them for the second time with greater understanding, but because of the degree to which your choices unlock different events in the game. I’ve seen this downplayed, and I don’t know why — the changes to the story experience of King’s Quest based on player choice are substantial.

The thing that impresses me the most is how non-linear the game can be at times — despite the inherent linearity of the genre (get red herring, trade red herring for macguffin, trade macguffin for foozle), the developer succeeds at allowing the player to drive the order of events. Quite a feat!
…
In short, this game is fantastic. It could be a little less goofy, and the developer and publisher could have considered the desires of the fans a bit more, but I am excitedly waiting for Chapters 3 through 5. I expect to play this game repeatedly, well into the future, but I exhort other developers to follow the lead of the Odd Gentlemen, and give me more of the same! And to you adventure game developers who are not willing to put this level of effort into story and gameplay design, I say this: get new jobs. The bar has been raised. -Arcanum.Zero

Get a free Steam game with one simple click over at the Steam Store!