A game that is inspired by Diablo, Dark Souls, and Legend of Zelda sounds completely awesome. Which way would you take a game that is trying to mash together so many greats? What do you strip away? What can you enhance about the experience? Bit Dungeon II seems a bit of a strange amalgamation, including the button-mashing frenetic-ism of Diablo, overworld and dungeons with puzzles reminiscent of Zelda, and dropping your soul when you die… Leading to permadeath if you don’t find your way back to it. Some things seem to have hit home, while others leave me questioning. Without further adieu, lets look closer at Bit Dungeon II. 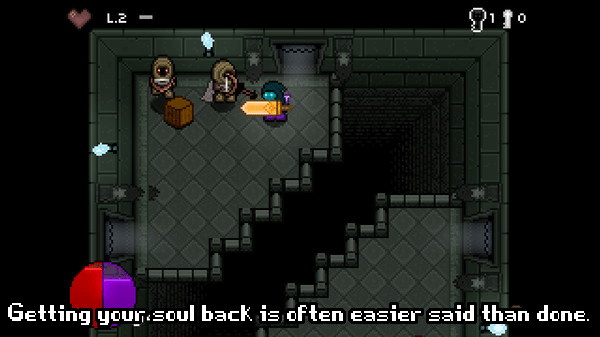 Firstly, I love the retro aesthetic and top-down view. The music is enjoyable, although seems to have a hard time looping since there is a rather long fade in/out for each song. The armor upgrades show on your character, which is always a positive thing when you’re grinding gear. There isn’t a massive selection of armor, but having every piece show on your character is a great feeling. Especially because when you first start you’re completely naked, with nothing but a ghost-wife. You will be given a staff, shield, and a few melee weapons to choose from. The weapon animations basically consist of the weapon flipping sideways for a couple frames, and could use a lot of work… Jabbing with spear, slashing with knife, etc., although I do appreciate any attempt at all. The magic animations are much better, but still not extremely flashy. 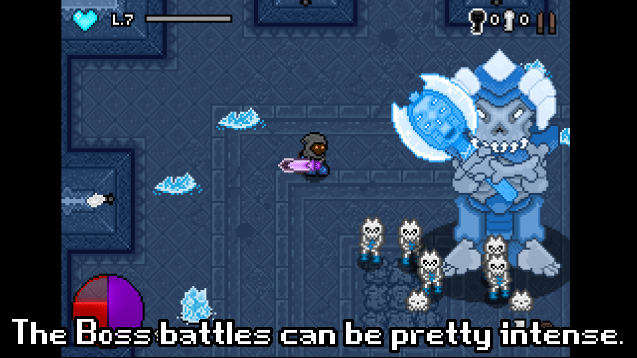 I enjoy the scope of a lot of things in the game, huge statues and bosses that make you feel like a boss yourself when you bring them to their knees. The puzzles in this game aren’t really difficult, but I feel like this is somewhat made up for with the frantic fighting. I would like to see things a bit more skill-based… Because while there are spells and skills to use, most challenges can simply be overcome with some mashing of the A button. The character feels pretty overpowered past level 10, which is fun at first… But walking into a room and dispatching every enemy in the same way (A,A,A,A) doesn’t really make for an epic adventure, no matter how much I love scraping stats. 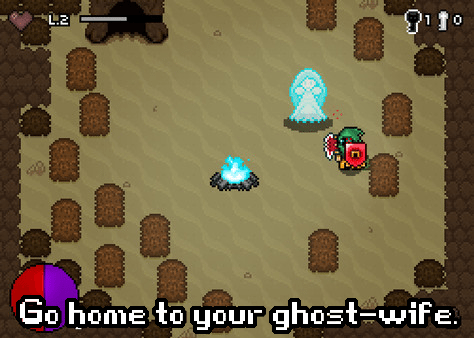 I want to like this game… I really do. But LoZ, Diablo, and Dark Souls sets too big a precedent for this simple little button-masher to overcome. There are fantastic choices in the game, I love collecting gear to put on a fashion show, I love dropping my soul and getting smashed on the way back, and having to start all over. The bosses are good, the music is great, but the random generation of the overworld map with no actual readable map to lead the way makes me want to gouge my own eyes out. I also feel like more time should’ve been spent on the combat side of things, and the puzzle side of things. The combat will wreck you as a level 1 melee, but with a few levels and a few items you will absolutely fly through the game. And the puzzles, well… They’re just plain easy. Such high hopes for this game, and they all seem to have fallen a bit short. It’s got some nice ideas, quite a bit of fun to offer, and is quite probably worth the low asking price… Especially if you’re really into pressing A.