173 games have been removed from the Steam store, including titles you might be (vaguely) familiar with; Brilliant Bob, Absconding Zatwor, Why So Evil, GooCubelets. These are just a few titles developed by Zonitron Productions/Silicon Echo. 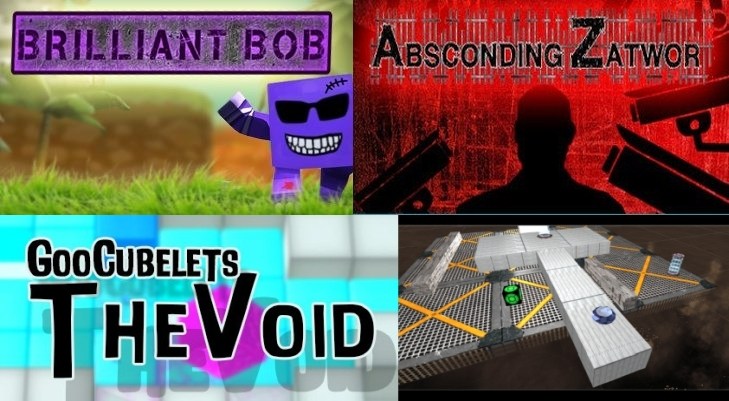 If you’ve been following IGB for a while, you probably got a bunch of these for free in giveaways or in some cheap bundles. And to be truthful, how many of you actually played and enjoyed these, and how many of you just used them for a +1 game count and to farm Steam Trading Cards?

Valve issued the following statement to Polygon regarding the removal of these titles:

“Yes, we have a full-time team monitoring reports and they identified an issue that lead to the removal of some titles from a few different Steamworks accounts. These accounts were generating a lot of reports and frustration from customers and other developers. It turns out that the bad actors were all the same person operating under different accounts.

What we found was a set of extreme actions by this person that was negatively impacting the functionality of the store and our tools. For example, this person was mass-shipping nearly-identical products on Steam that were impacting the store’s functionality and making it harder for players interested in finding fun games to play. This developer was also abusing Steam keys and misrepresenting themselves on the Steam store.

As a result, we have removed those games from the Steam Store and ended our business relationship with them.

The Steam platform is open, but we do ask developers to respect our customers and our policies. Spamming cloned games or manipulating our store tools isn’t something we will tolerate. Our priority is helping players find games they will enjoy playing.”

If you already have some of these games in your library, you’ll still be able to play them, but from now on they will no longer drop cards – which was their intended purpose. Also, their store pages have been removed and can no longer be bought.

You can find the full list of removed games here.

I've found 10 great platformers on Steam that don't cost anything! All of these great free PC games have Very Positive and Overwhelmingly Positive reviews so you know they're worth playing.
Read more