Pay at least $15 to get 34 indie games for PC in this charity bundle. 100% of proceeds of this bundle will go to a charity that is helping children of Ukraine. 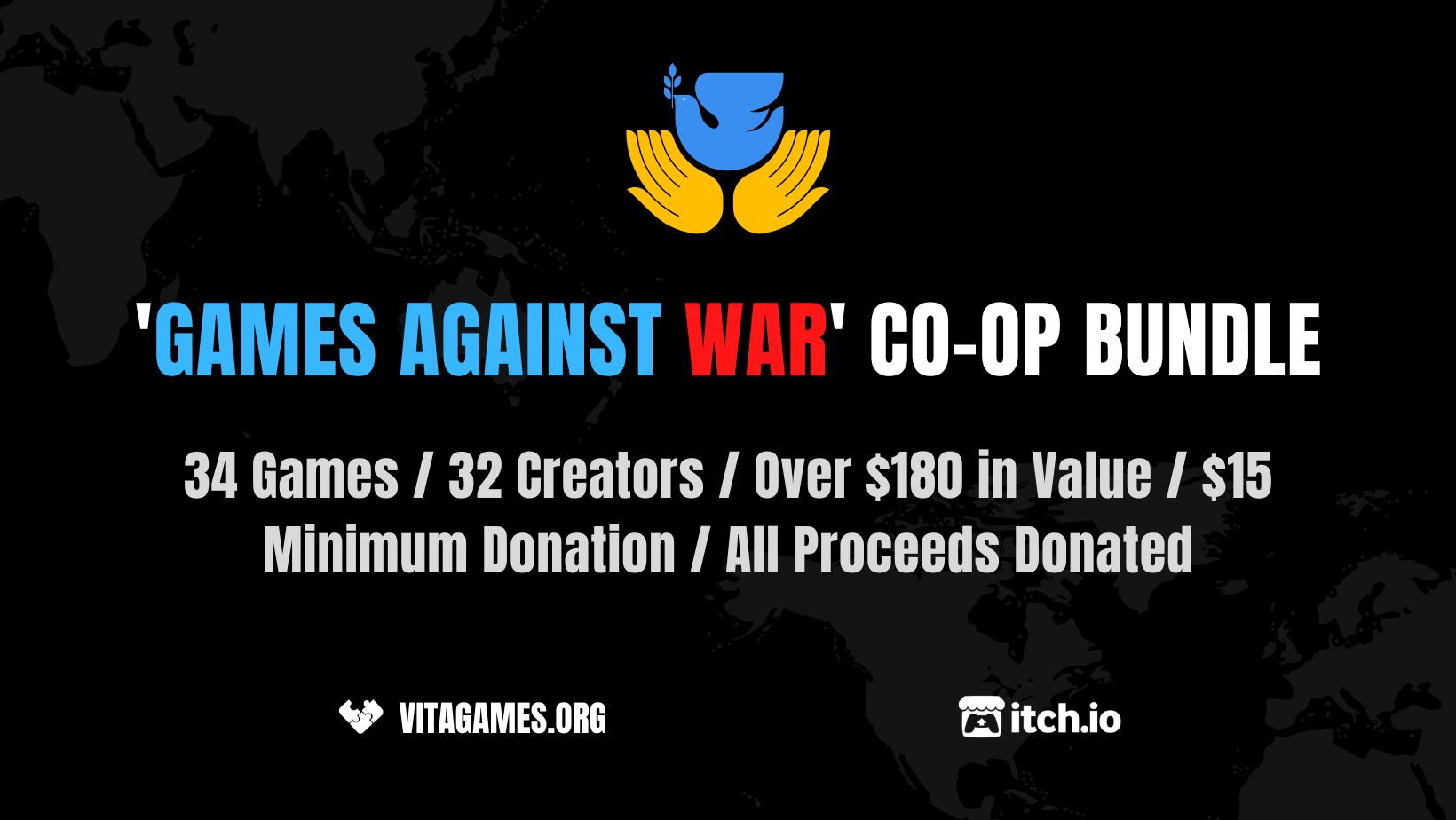 More than two million Ukrainian children were already forced to leave the country due to the war in their homeland. Many kids still live in places that are under daily shelling. The VitaGames project aims to help Ukrainian children adapt to a new reality and overcome the negative consequences of war and immigration through the development of video games. We use game development by children as expressive art therapy to prove that even war is not the end of childhood.

The first groups of Ukrainian children has already completed our course. Considering the scale of this war, we can do more, but we need help from the gaming community. The ‘Games Against War’ co-op bundle is organized to gain funds for the three-years VitaGames program. More about what this program is you can find in this study proposal.

Video game development as a therapy is an entirely new approach to psychological help in dealing with post-traumatic stress. That’s one of many reasons why we are asking for help right here, on ITCH.IO. That’s not just a site where creators try to sell their games but also a place where the game community can influence the world.

34 creators have joined in supporting us and donating their work. Over $180 of paid products are available pay-what-you-want with a minimum donation amount of $15. We kept the minimum low, but this bundle lasts only a week, so every payment above the minimum increases the chance to gain needed funds to reach its goal.

Please note: Not all games come with Steam keys. Direct downloads will be available on the itch.io page.

You can buy this charity game bundle right here.

What is itch.io? itch.io is an open marketplace for independent digital creators with a focus on independent video games. Learn more