Epic Games Store has announced it’s extending the weekly free game program throughout 2020. Every single week, at least one game will be given away to anyone that logs in to EGS claims it. Once the game is claimed, it’s yours to keep forever. 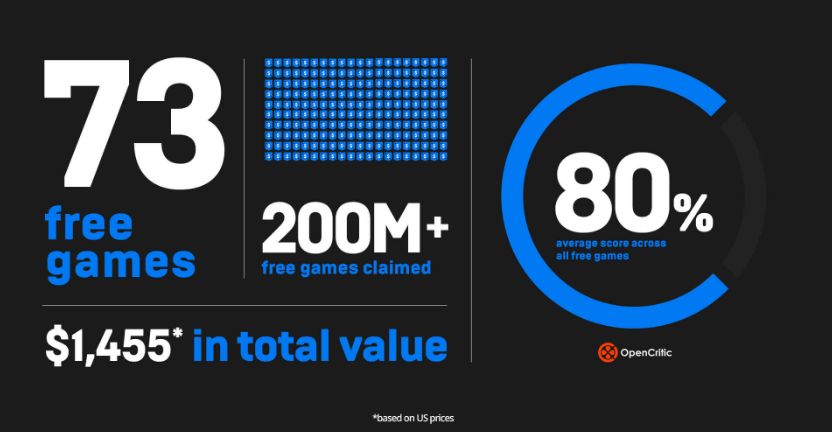 Epic Games has given away 73 games so far with a total retail value of $1455, including a lot of indie hits such as INSIDE, Super Meat Boy and Fez, and some surprising AAA titles such as the Batman Arkham Series and Rayman Legends, plus many others.

The average OpenCritic score of all the free games is 80. EGS currently has 108 Million users.

The next Epic Games Store freebie to be given away this Thursday is HORACE, a game called “The best platform game of 2019”.

To get Horace, and all other future games that will come out during 2020, follow us on Twitter, Facebook or Steam to get a notification of future free game giveaways.