From March 2nd, get Furi, Bomber Crew, Epistory – Typing Chronicles, Whispers of a Machine and Mugsters if you’re subscribed to Amazon Prime. If not, get a free trial and claim the games anyway! 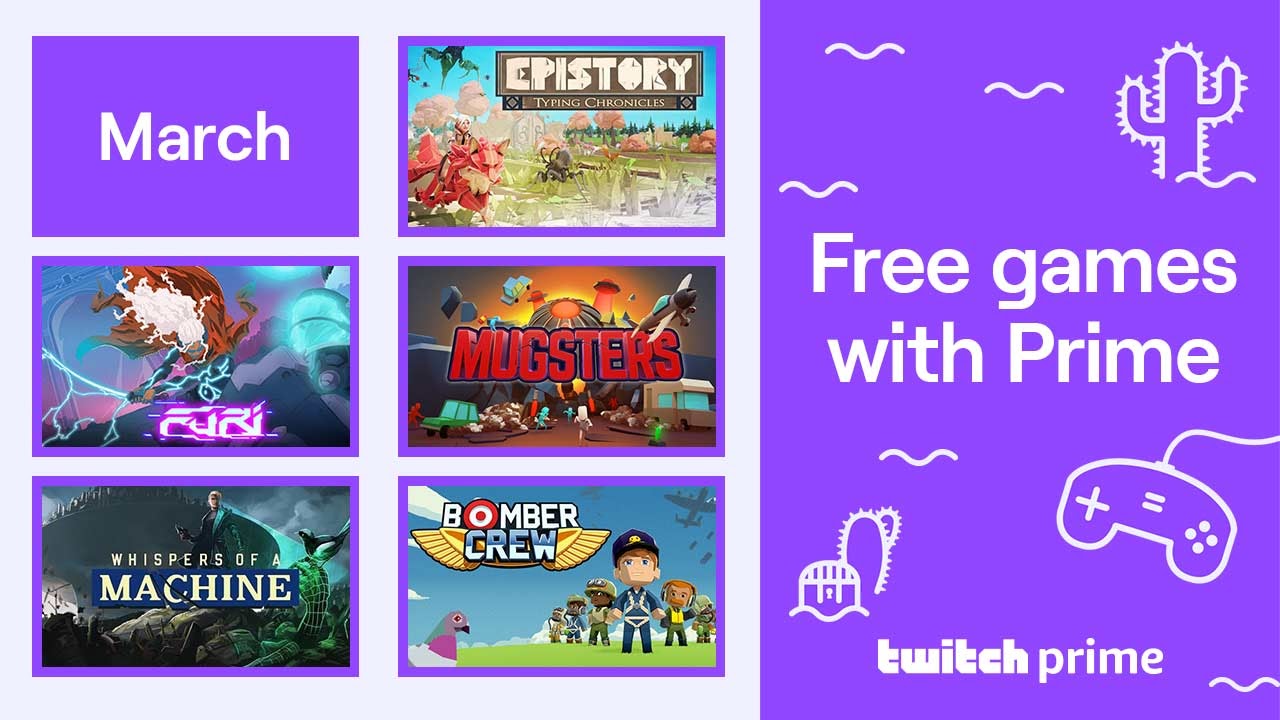 List of free games anyone with Twitch Prime can get for free during March:

Twitch Prime members can also claim a number of in-game loot items, including for titles such as Sea of Thieves, League of Legends, Teamfight Tactics, Magic: The Gathering and more.

How To Get the March 2020 Prime Games for free:

Starting March 2nd, you’ll be able to claim and play all of free games for this month; and once you claim a game, it’s yours to keep forever.

To get all the games listed above, just subscribe to Amazon Prime (that also includes Twitch prime) FOR FREE. After the initial free month (that you can cancel anytime), Amazon Prime costs from $2.99 to $12.99 per month depending on your country, so if you plan to “snatch and cancel”, don’t forget to unsubscribe!