One genre sorely underrepresented in gaming is mystery. Many games have mysterious elements and questions to be answered, but few could readily be defined as a mystery game in the traditional sense. Luckily, Gone Home from The Fullbright Company, is adding to this niche. And doing it in quite an amazing way. 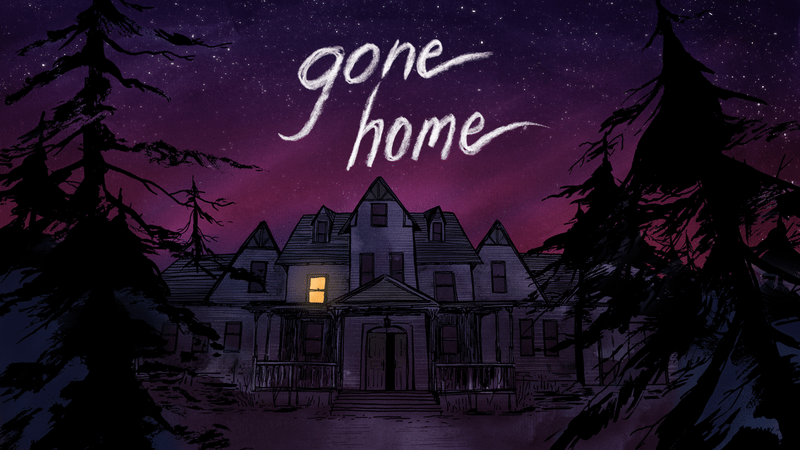 The story is so central to Gone Home that even a cursory summery would be a crime against those who want to play. The basic idea is that, on a dark and stormy night, you enter a house to find out what happened to those who had inhabited it so recently. What you discover will be enthralling and moving. The story comes through in two ways. One is through the various bits told through narrative elements. The second is through your own discoveries within the house and how you think they relate to the characters. Your interpretations of the facts and evidence adds a great deal more than the already excellent story given.

What Gone Home immediately gets right is atmosphere. From the storm outside to the lights off inside, the atmosphere is both mysterious and creepy. You’ll find yourself slowly slinking through the house like you might in a horror game, rushing to any lamp or light switch in the house to offer some much desired light. While walking through the house, you will feel alien, like you don’t belong, and this feeling reinforces what you learn in the story. The two work together seamlessly to heighten the player’s feelings about the incident. 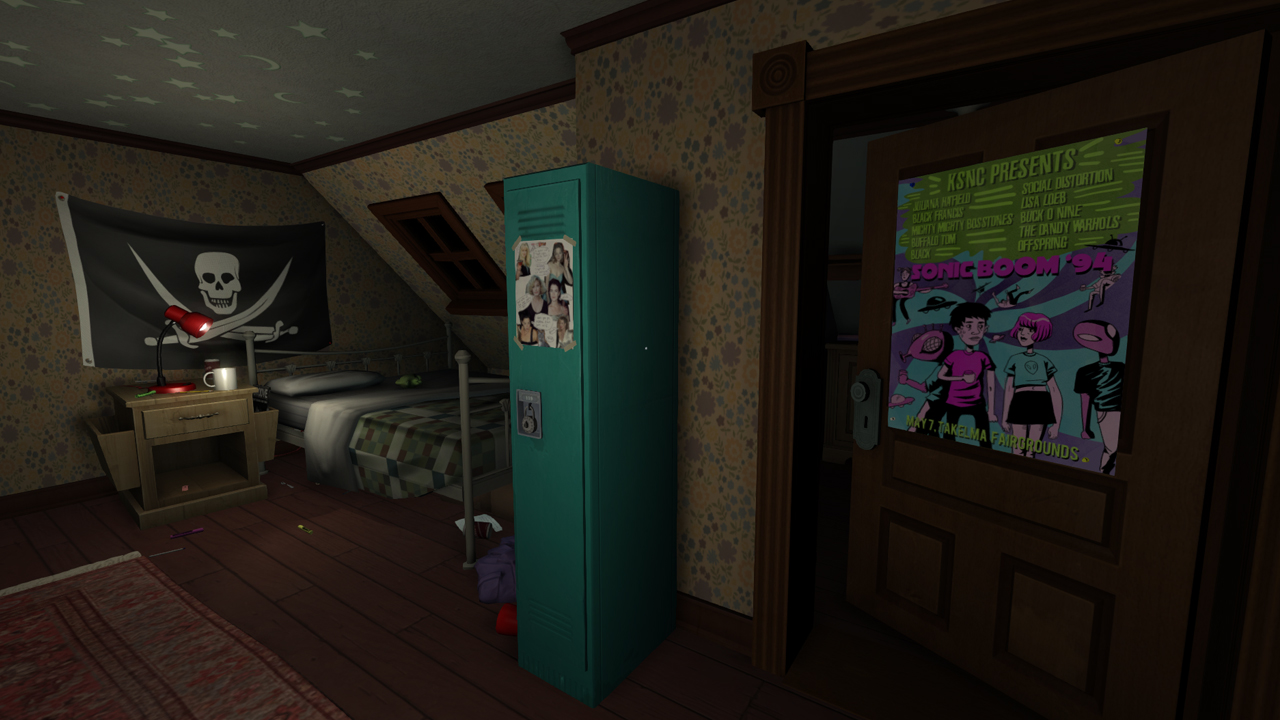 The sound design is stellar. At times the atmospheric music is soothing and creepy at the same time, other times, it vanishes all together and the only sound is the falling rain outside. Within the house you will find tape decks and cassettes with nineties-era female grunge music that you can play as you wish. I enjoyed having these musical moments at it game me something else to listen to and even made me feel in control of something. And while there is very little of it, the voice acting should be commended. Each instance is well recorded and the actresses give their lines life and meaning. Much of the story comes through in how they tell it, as well as the words themselves.

Graphically, there is little to write home about. Nothing is exceptionally visually stunning. The house itself is just a regular old house. Still, the levels of mundane details added move the house from just being a building where the mystery happens to an integral part of the story. Exploring the house teaches you just as much about the story as the dialogue. In a way, its understated design makes it all the more exceptional. 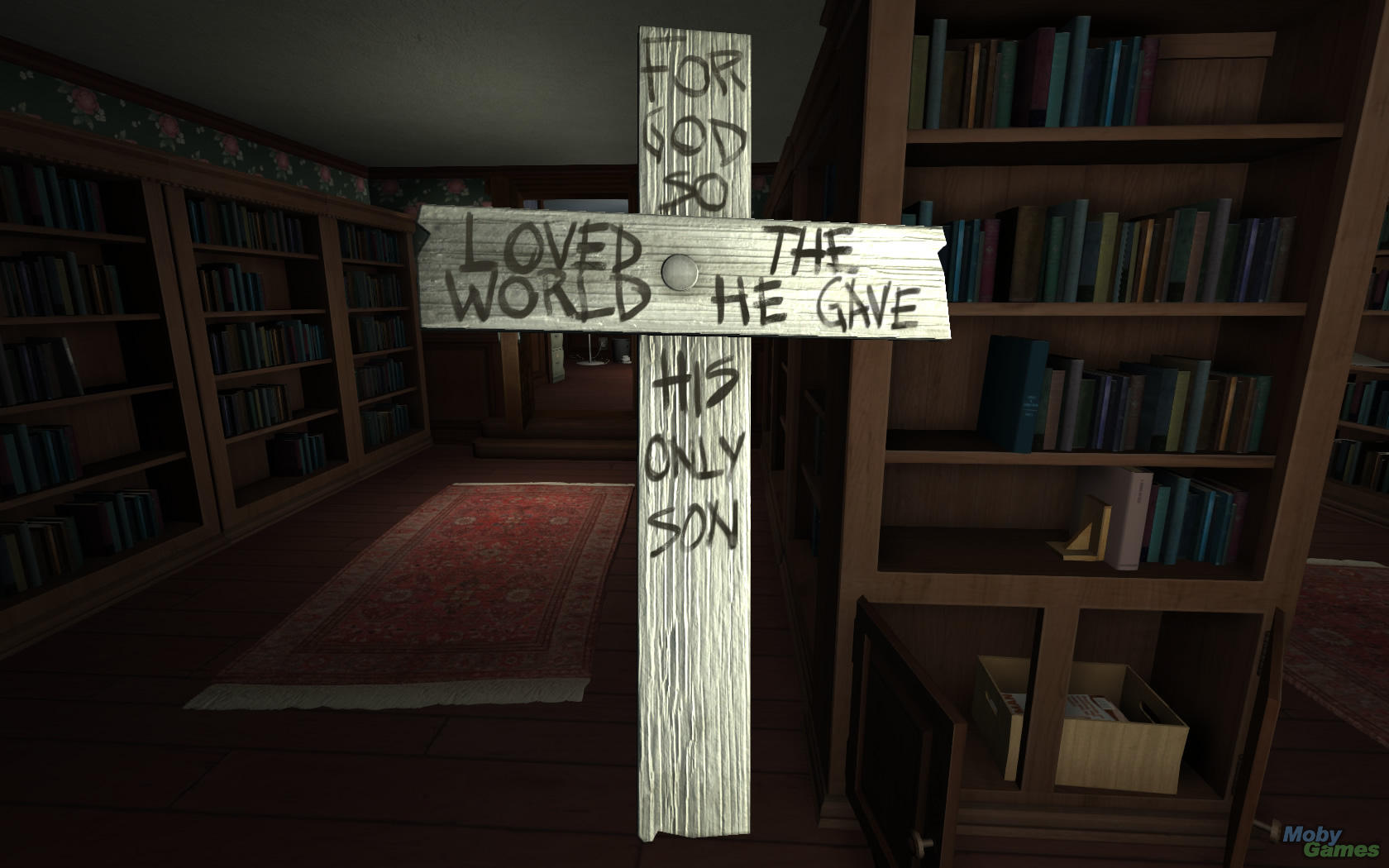 In all reality, Gone Home isn’t for everyone. Its slow pacing and focus on narrative makes it seem like an “arty” game. The few puzzle elements are not challenging and serve the story more than anything. However, judging it solely on its conventional concepts does it a huge disservice. Gone Home is one of those works that are so difficult to explain, yet can mean so much to its audience. This game is an excellent representation of where game narrative can go. Anyone who want to see the medium grow owes it to themselves to play this game.

Summary:  A fascinating exploration in storytelling and atmosphere.

The game is available on their website and on Steam.