Battlefield 1 Apocalypse is the fourth and final expansion for Battlefield 1. New maps, weapons, vehicles, and more will be added to your overall Battlefield 1 experience! Make sure to get it for free while you can – this freebie is available for a limited time! 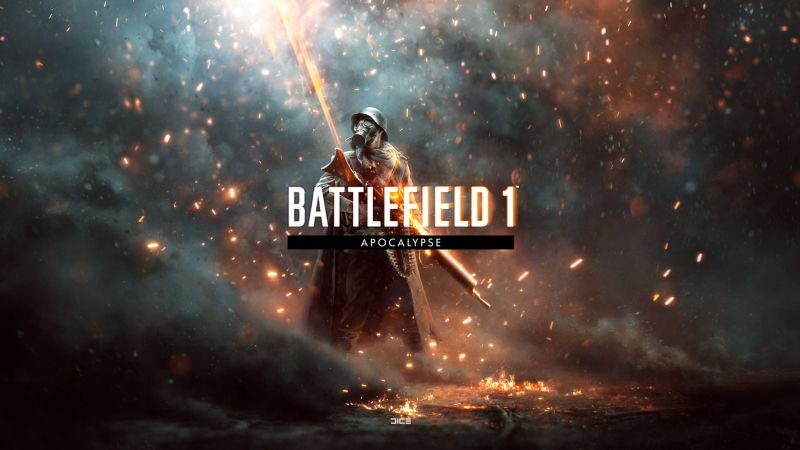 Claw your way across the ravaged landscape of Passchendaele, filled with blood and mud, and huddle behind buried dugouts and tattered ruins. Charge across the wheat fields of the River Somme as the battlefield transforms into hell on earth from the devastating artillery barrage. Fight in mountain trenches near the Isonzo River as the Austro-Hungarians face off with the Italian army over bitterly contested ground in Caporetto.

Outmaneuver flying foes in cataclysmic dogfights on the maps Razor’s Edge and London Calling, and become a knight of the sky in the new game mode Air Assault. Prepare to enter the nightmarish horrors of WW1.

Five new multiplayer maps. Go over the top and descend into the most gruesome and infamous battles with grinding trench warfare and deadlocked struggles in the Great War.

New Air Assault game mode. This new mode’s a rush for ace aviators and sharp-shooting gunners. Outmaneuver your flying foes in cataclysmic dogfights and become a knight of the sky.

What do I need to play this?

If you’re not following us yet and don’t want to miss out, make sure follow us on Twitter, Facebook or Steam to get a reminder when each new free game giveaway launches!

How long will I own this expansion?

Once you claim it, it’s yours to keep!

Where can I grab this freebie?

Go to Origin and click on the “Add to Library” button to get this DLC for free!

Get Two Survival Horror Games for Free at Itch this weekend