Humble Bundle Monthly January 2017 is finally live! The only game revealed so far was Warhammer The End Times: Vermintide, a fun co-op FPS game set in the Warhammer universe. At last, the remaining games have been revealed! 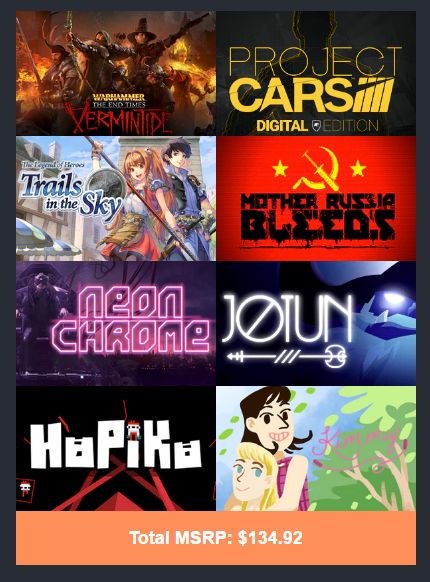 Here’s what you COULD HAVE got in the Humble Bundle Monthly January 2017 (if you pre-purchased it):

The early unlock for the February 2017 is XCOM 2, meaning you can spend $12 now, get the main title right now, and the rest of the mystery titles on the first Friday of February when they get revealed.

Did you get this months Humble Monthly? What do you think? Let us know in the comments below!

Fanatical Favorites Build Your Own Bundle