About ‘On the House’

Free?! What’s the catch?
There’s no catch. Grab full games, expansions and more at absolutely no cost. Just make sure to act fast because On the House specials can appear and disappear at any time.
You mean a trial or demo, right?
Nope. You’re getting a full version of the real game — for free!
How long will I own the game?
Once you’ve claimed your game, it’s yours to keep!
Why is Origin doing this?
Our goal is to provide a great gaming experience and a way to discover awesome new games. Having a game in your library, for free, is a fantastic way to see what Origin is all about. 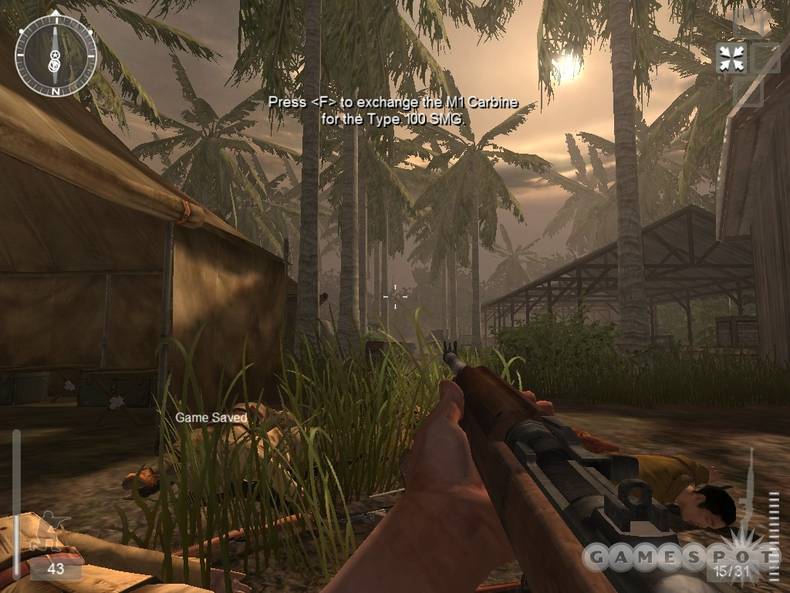 The game puts the player in the role of Pvt. Thomas Conlin, a U.S. Marine in the Pacific Theater of Operations in World War II.

The game opens up on Conlin, about to land on Tarawa in a landing craft. His voice-over reminisces about how much of a journey it was to arrive there, commenting on the friends he’s lost, the untrained quality of the new-recruits (“three week wonders”, he calls them) and the futility of taking this small stretch of land from the Japanese.

As Conlin’s Amtrac approaches the shore, it’s hit by an artillery shell, throwing Conlin and the other passengers into the shallow ocean, forcing them to wade ashore. Conlin fights his way onto to the shore, only to get cut down by a bullet during a Japanese counter-attack. As he ‘bleeds out’, the game flashes back to the start of Conlin’s first day of basic training, where the player is introduced to the characters that will become his squad; the squad leader Frank Minoso; a big, smooth talking, New Jersey native; sniper William “Willie” Gaines, a country boy from North Carolina; and corpsman James Sullivan, a quiet sailor from a rich family in Oak Park, Illinois. After training, Conlin is assigned, without the rest of his training battalion, to serve aboard the USS Arizona. He arrives at Pearl Harbor early on the morning of December 7th, 1941. During the subsequent Japanese attack, he dodges strafing runs, rescues wounded servicemen, and defends USS West Virginia, preventing it from sinking.

The game was developed by EA LA and published by EA Games for the PC. It is primarily a first-person shooter, with the exception of one level in which the player flies an SBD Dauntless in the middle of a dog fight. The engine of the game is a modified Lithtech Jupiter, and Havok physics engine. The music was composed by Christopher Lennertz.

Get your free Medal of Honor Origin key only at Origin!