I think everyone has a desire to commit a lawless heist. Films like Oceans 11 make a well planned robbery sound all that more enticing. The original Payday made its attempt at putting this into a game with mild success. Now, OVERKILL returns to the life of crime with Payday 2. 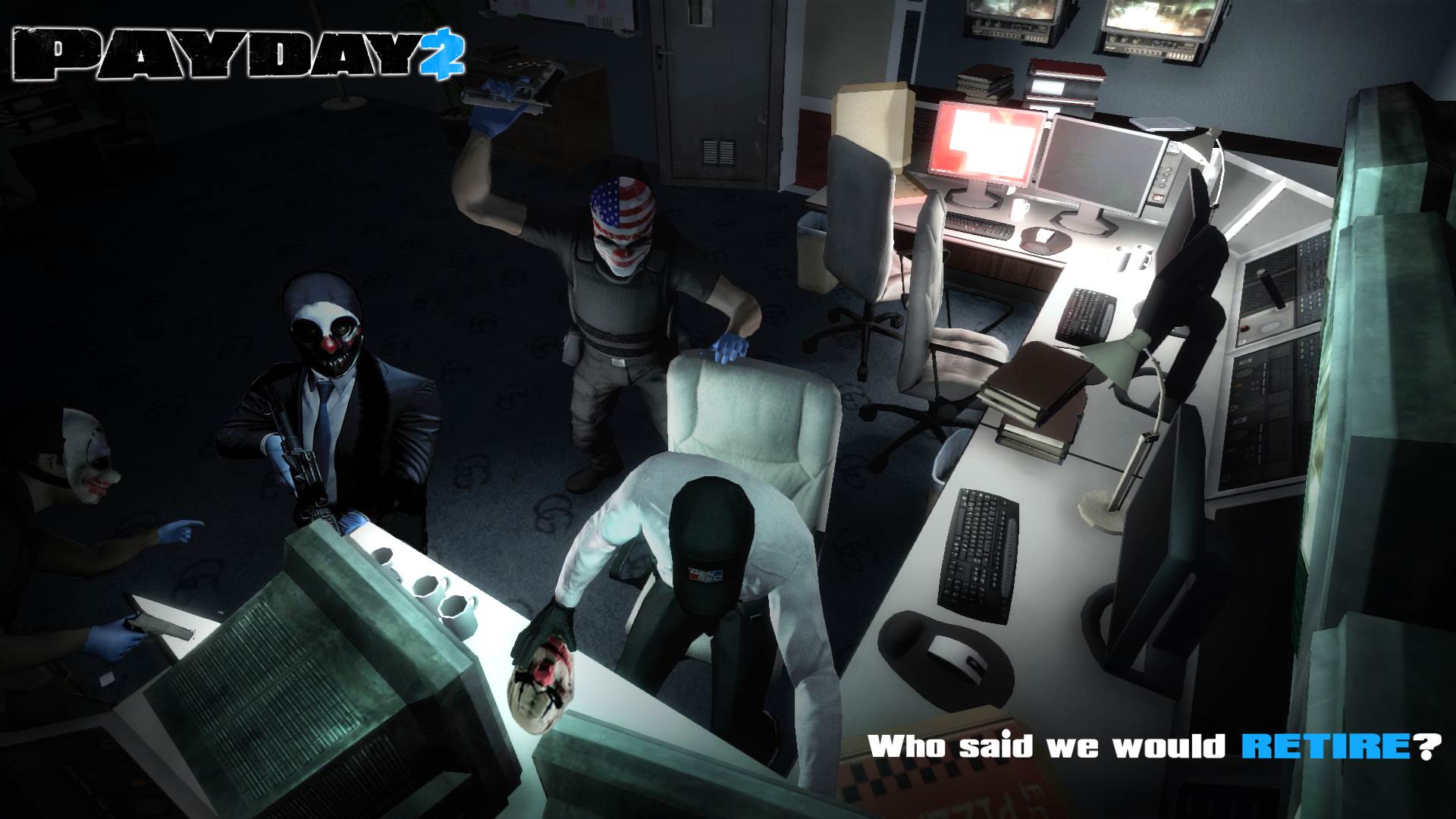 The concept is solid. You play as one of four robbers and jump into various heist missions. You have options from basic smash and grab style robberies to significantly more complicated and planned out burglaries. You choose a class with a specific focus, weather that is stealth, combat, or technician. As you play more and level your classes, you’ll unlock new perks that allow for more diversity in your heists.

One key element is customization. The mask you wear, the guns you use, the tools you utilize, and your method of entry are highly customizable.  After each mission you’ll be able to choose from one of three playing cards that give a random reward; anything from new paint colors for the masks to new gun modifications. If you want to play stealthy, you can equip a silenced pistol and an electric jammer, or go full combat with heavy body armor and a twelve gauge shotgun. There  are a lot of diverse options and if you ever get bored of one playstyle, feel free to switch to another. 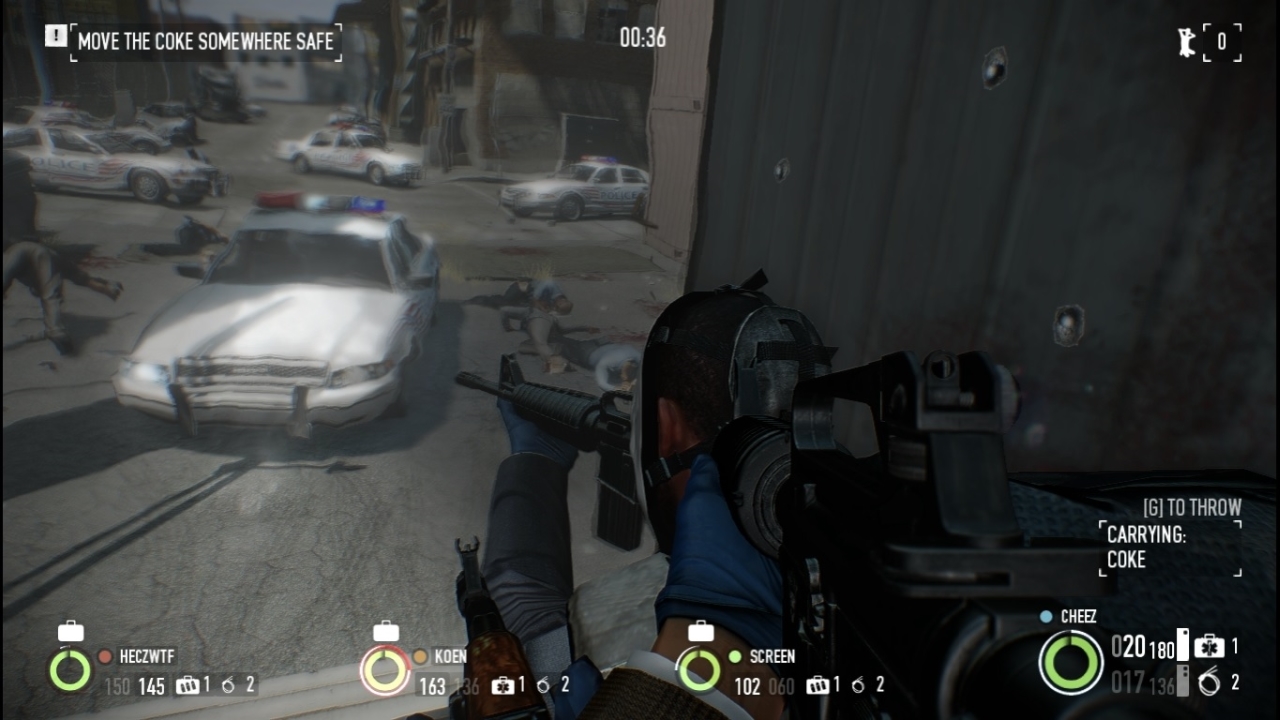 The missions have a good bit of variety. Though they are mostly standard robberies, the way you can go about them is interesting enough. There are simple jewelry store heists, mall vandalism, bank robberies, and even train missions. Despite the variety, the gameplay stays mostly formulaic. You can spend a bit of time casing the location, finding cameras and guards and such. When you put on the mask, the criminal activity begins and you can’t take it off. Missions with options allow you to try and sneak through the whole heist, and many can be completed without ever firing a shot. However, this is vary difficult at lower levels, with little equipment unlocked. When the cops show it, it turns into a more common horde style shooter as you hold out, waiting for your objective to be completed and your ride to show up. This is where the gameplay can get stale. The shooting is competent and the action is tense, but there is little real challenge to it. On harder difficulties the cops that show up are in more armor and just take more hits. The game is a case of either/or. You can either be sneaky and clever and get away totally unseen, or you can shoot your way out in a hail of bullets and bodies. 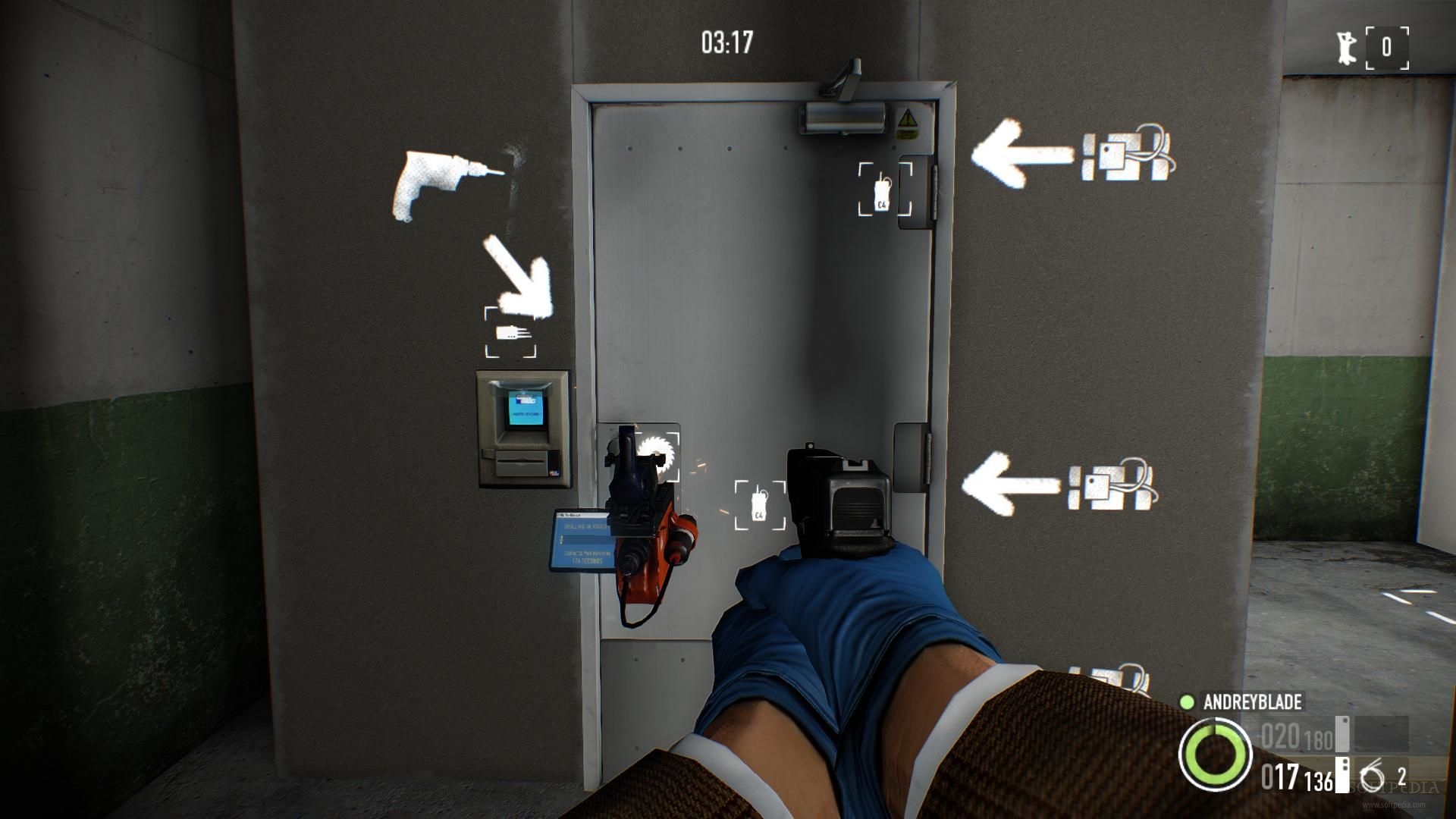 This is a game meant to be played with friends. Communication is key to a flawless robbery, and being able to talk with your friends during a heist adds a greater layer of depth to the game. Not to mention that coordinating a heist is much easier than it is with strangers. An more intuitive chat system and more useful voice commands would greatly improve the communication.

Payday 2 is a lot of fun. It captures the tension and excitement of a fantasy heist in a way that most other games haven’t. The gameplay can get repetitive and playing with strangers often limits how you can play. However, the sheer fun of a great game with friends keeps me coming back. This game is a water cooler type game, where the best part of it can be talking about the crazy heist you managed to sneak away with or that time you tripped an alarm right from the get go and were trashed. There’s fun in stealth and in a fire fight, and it deserved a look.

Summary:  An interesting attempt at blending stealth and action with a fun premise.

The game is available on their website, Steam, Xbox 360, and PS3.