Reviewing a boring game is one of the most aggravating things for a writer. We don’t get the thrill of sharing a new game we discovered and loved, nor do we get the rush of tearing apart a game that was awful. A boring game is just that, boring. Still, this time around we’re talking about Growing Pains.

This puzzle/platformer comes to us from Smudged Cat Games, the people behind titles like The Adventures of Shuggy, Timeslip, and A Bomb’s Way. In this game, you control a brown squircle that must navigate levels, collect similarly colored rectangles, dodging spikes and lasers,  and make it to the end of the level. The gimmick here is that you are constantly growing larger. The challenge is to make it through each section of a stage without getting too big to fit through the doorway. 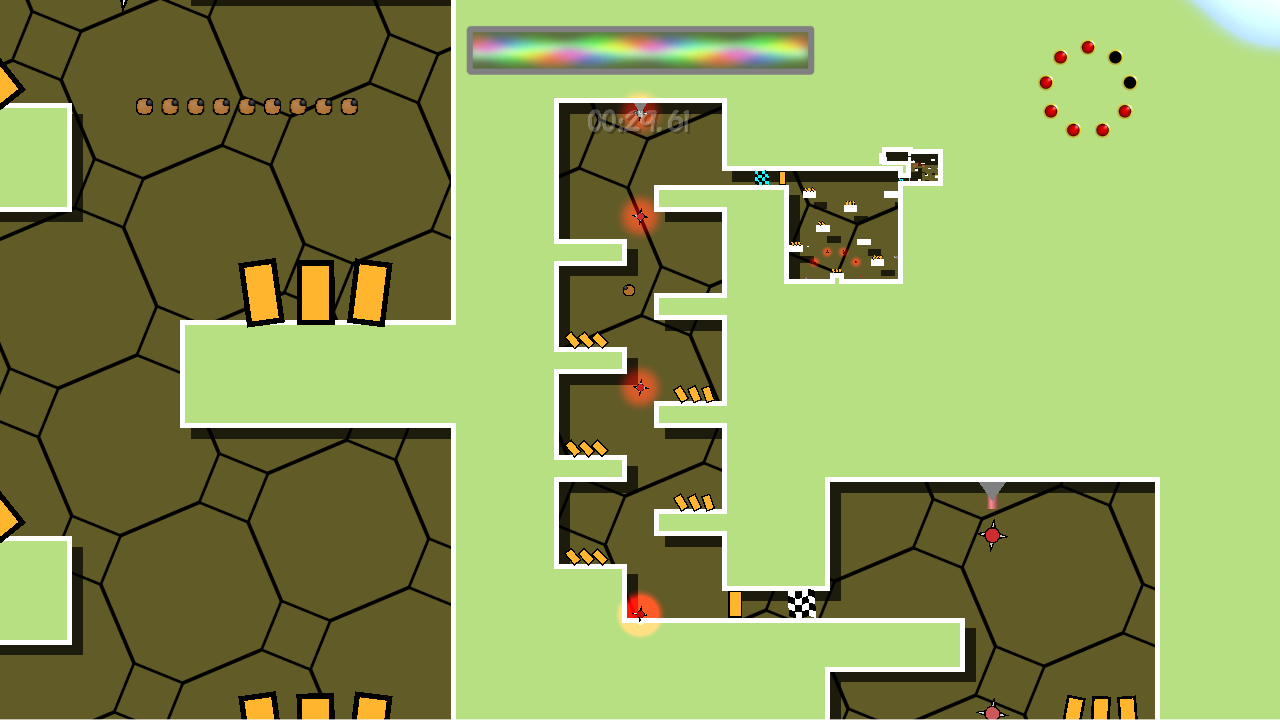 The first thing to note is that the level design is pretty uninspired. They are a lot of the same layouts and traps that you would expect from a puzzle/platformer. Some sections have sweeping lasers, others are a series of small platforms to climb up, others have you sliding down walls to jump over a line of spikes. All of these are tired designs that offer no real challenge. They don’t really capitalize on the game’s main mechanic of growing. The levels seem to want you to grow to a certain size to make navigating the levels more easy, but since you can jump straight up walls, using your size to get around is never really necessary. There is not a lot to really say about this game’s mechanic. The growing really does not pose to great a threat until you bump up the levels to a higher difficulty. Most of the time,  you can get through being relatively small. In higher difficulty games you just grow faster, which really isn’t a problem when you’ve already played the levels a few times.

The art of the game is also very unimpressive. Each level’s color pallet is mostly consistent with little variety. The character you play as lacks any detail or personality. There’s no charm to it, its just a square with rounded edges. The spikes, spike balls, and lasers are the same as well, looking like something produced in MS Paint. The backgrounds are usually just patterns scrolling by. On the whole, the game looks like a flash game room the web. Regarding aesthetics, one thing that I will say is that the music is great. Its  solid trance music that helps get you into that zen state of mind that is common in puzzle/platformers. 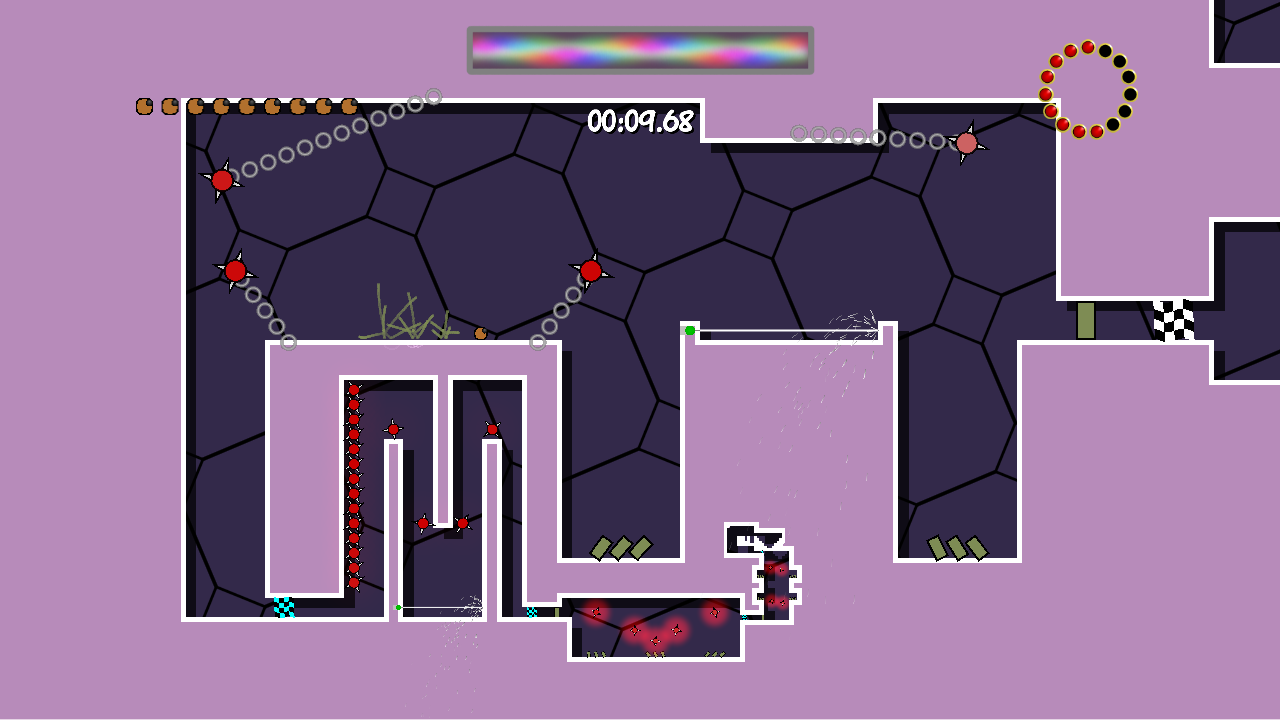 Here’s what I believe is the worst sin of this game, however. It is a platformer that encourages speed, as there is a timer running at the top of the screen and leader boards for each level and difficulty. This is fine, Super Meat Boy was similar in that regard and did it spectacularly. However, where it all goes wrong is this, Growing Pains has a lives system as well as a timer. This is beyond annoying. There is a limited number of times you can die before you have to start the whole thing again. The levels can be long, with numerous check points and goal lines to cross. So if you find a difficult part near the end, you might die a number of times then have to start the entire level all over again. As such, it is difficult for the player to focus on the actual game. You can not spend the time to figure out and try new approaches to each section because you’re on the clock and need to finish quickly; on the other hand, running in quickly will often get you killed by some obstacle that was new or unseen and could cause you to restart the whole thing. If the goal is to have a competitive, racing platformer, then the lives system is entirely counter-intuitive and aggravating. 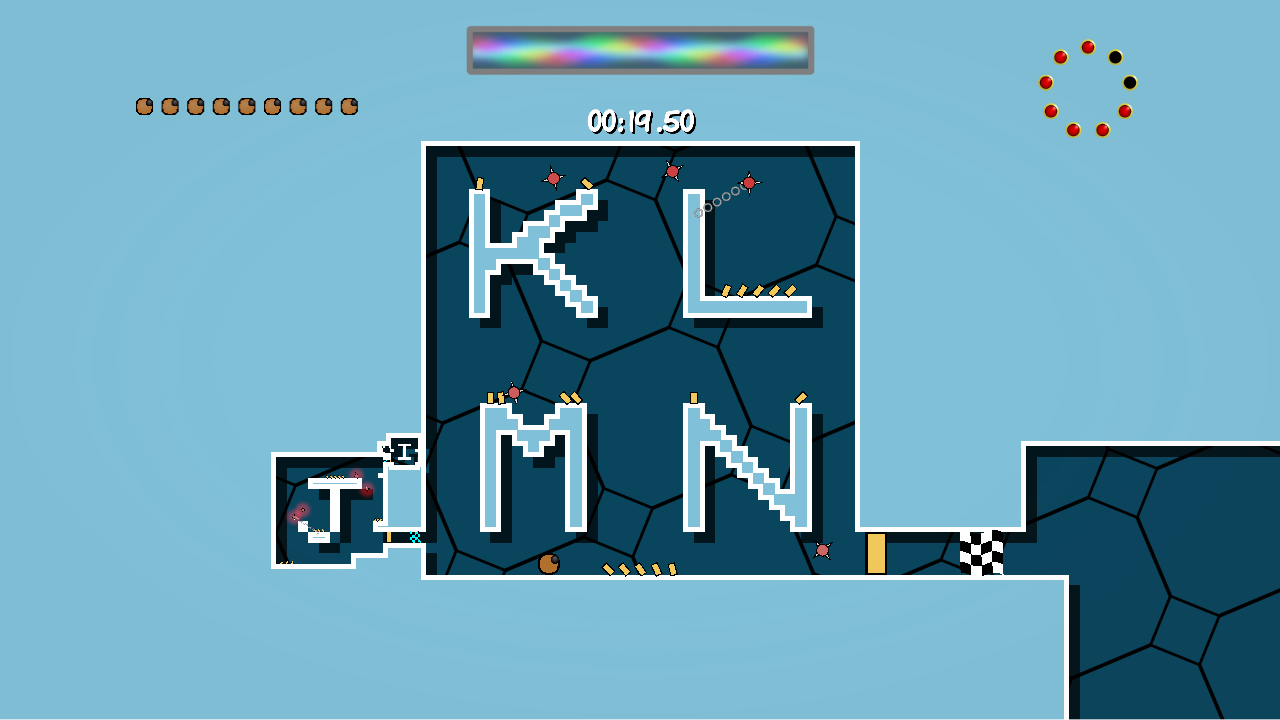 In the end, Growing Pains, is adequate. Beyond the lives system, it does nothing terribly wrong. However, there is no spark to it, no creativity. It’s bland and familiar, something we have seen countless other times. If you really need a new platformer, then you might get some fun out of it, but it is not something for anyone beyond the die hard players.

Summary:  Nothing special to offer with a mechanic that is underwhelming at best, but the music is good.

Growing Pains is available on Steam and XBLA.