First-person puzzle games are a favorite genre of mine. There just seems to be that much more satisfaction from solving a challenge when it is “you” solving it, as opposed to other games where you control a more personified character. And since they’re comparative easy to make, they tend to be popular in the indie community. My latest dive into the genre was Mind: Path to Thalamus from a team of three, Carlos Coronado, Dani Navarro, and Luka Nieto. How does this Spanish team’s foray into development turn out?

In Mind, you play a man trapped in his mind. You decide that your goal is to get to the thalamus where you believe you will find your lost daughter or sister. To do this you walk through a number of different levels, solving puzzles to open doors. Along the way, the story is narrated and a umber of heavy handed metaphors are encountered. 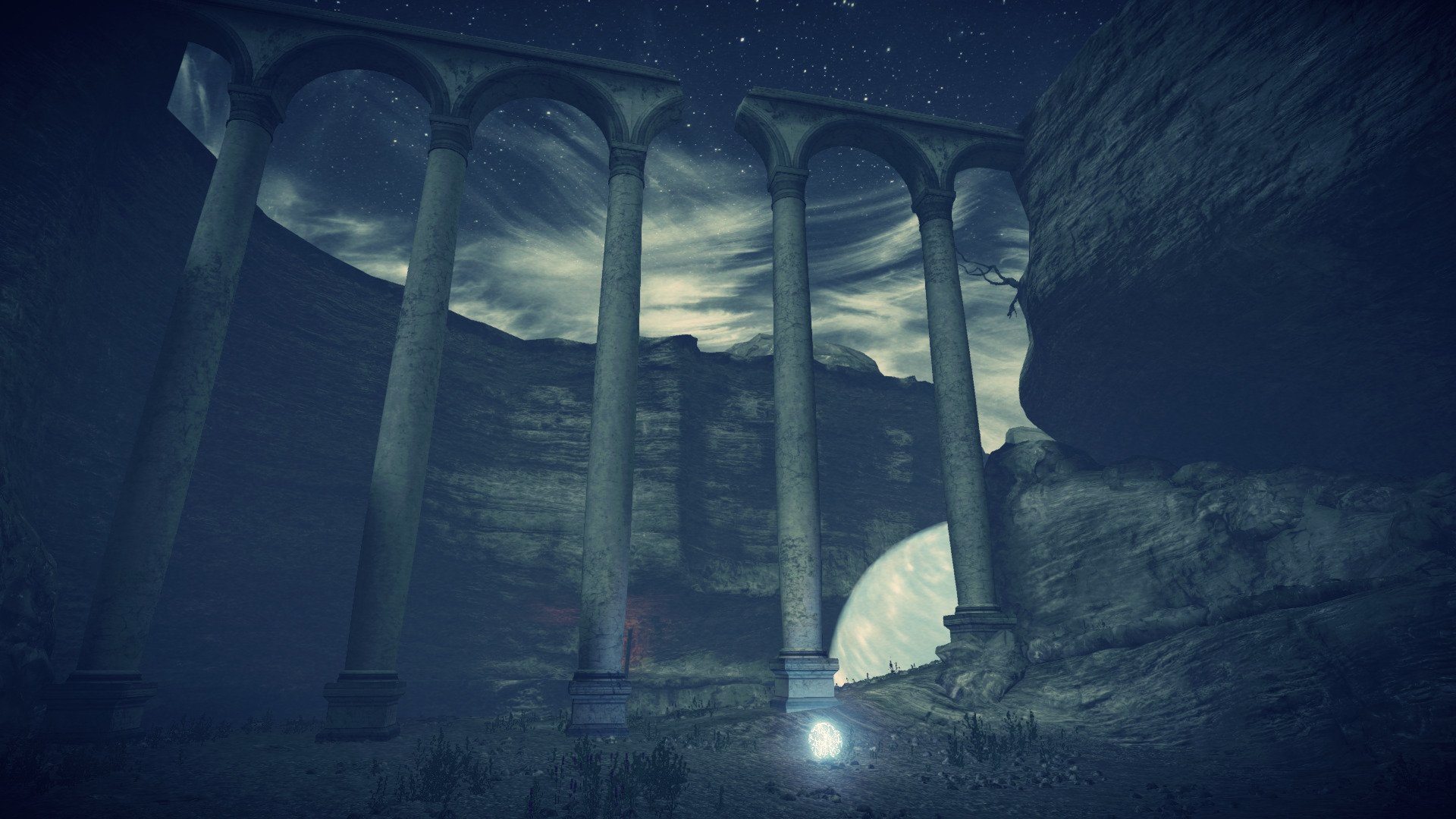 One of my biggest gripes about the game is the story, for two separate reasons. The first part of the story tries to make a big deal about the death of the protagonist’s daughter, as well as the death of his sister when they were younger. However, since both are named Sophia, it becomes difficult to keep track of them. They get little characterization so empathizing with his story is difficult. These are just random people he’s talking about. The entirety of the story is simply vomited to the player through narration while playing. Each puzzle attempts to be poignant metaphors for his thoughts and reflections on the matters, but they are the over used clichés that one would expect from a story about exploring the mind. There’s no reason to care about the protagonist or any of the story he is telling. MY second issue comes with the finale. With all of these worn out images and story concepts, the ending tries to flip it with the “antagonist” during the final “battle” monologuing at you about the journey. He talks about the clichés and predictable plot twists at length. His monologues are often so long that, if you don’t just stand and wait for them, other monologues can be triggered and they start to overlap. Mind suffers from wanting to have its cake and eat it to. It wants to use all the boring images that we’ve seen and then try and use the story to make all them all meaningful again by being self aware. It ends up leaving the early parts feeling banal and the finale feeling pretentious. I wouldn’t dwell so much on the story aspect of a puzzle game if they didn’t shove it in my face with the narration and setting design. 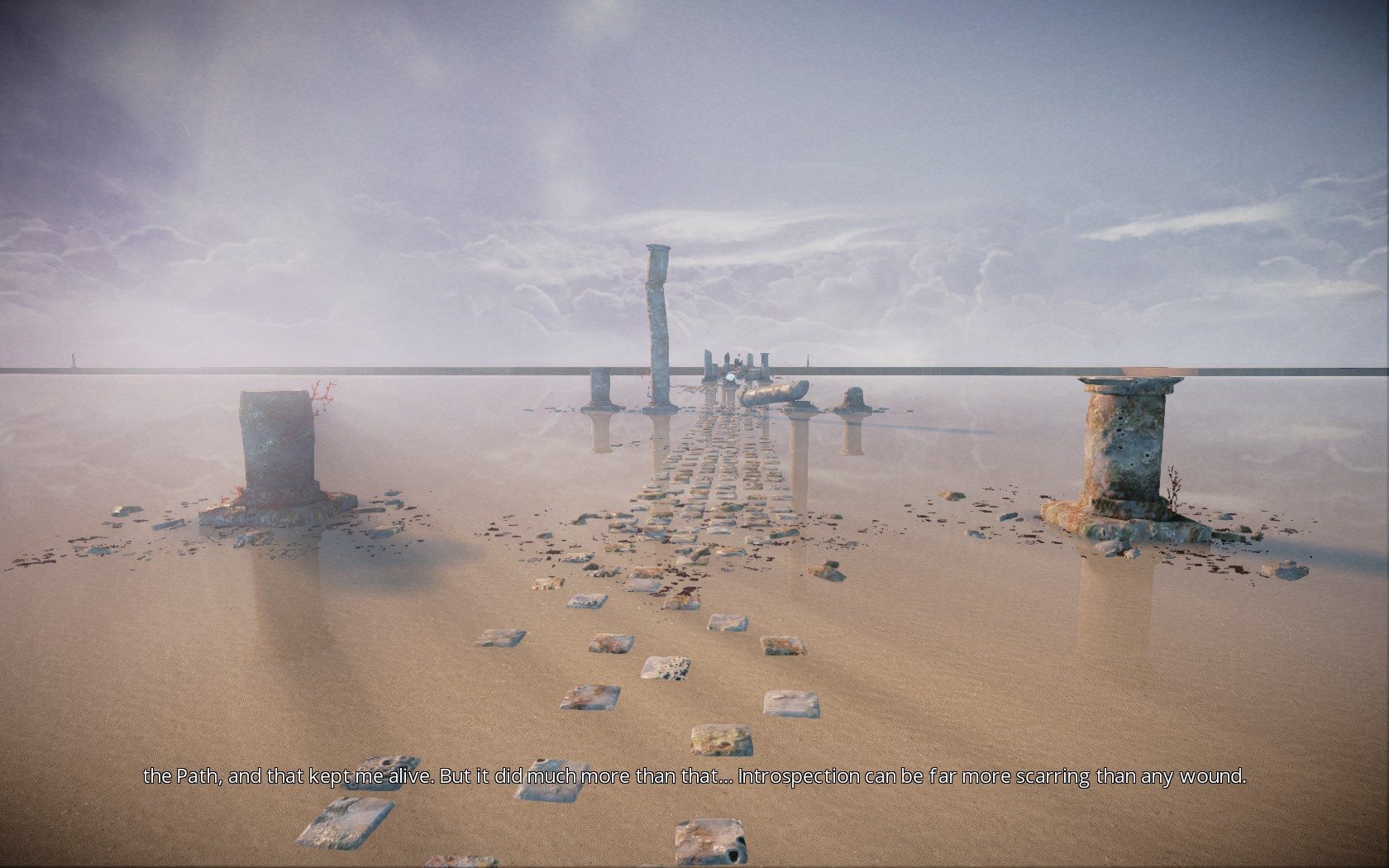 The puzzles are a mixed bag. most of them involve having less keys than there are nodes and trying to figure out how to add and remove them to get the door open. Some of the puzzles are incredibly obtuse, where the part you might need is hard to find or makes no sense. While this is the case for most of the puzzles, there are a few that are very creative and satisfying to solve. The few times that I was able to approach a puzzle in a unique way always felt good. These all take place within wide open spaces with lots of walking. This is a major downside. The maps are huge and you walk slowly. Often as you think of new ideas, you need to walk back and forth the the same few places a number of times to get just the right combination or the perfect placement of an object. Other times, there is so much fog that the main puzzle becomes just finding your way around the map. These are cheap padding that just to the frustration. Glimmers of smart and creative puzzle design fade quickly to too many examples of move object back and forth.

One thing that I was constantly impressed with is the aesthetic design. Being that it was all a coma dream, the developers had the chance to use unusual and ethereal map design. You traveled from a glass desert to rolling hills to a beach frozen in time mid title wave. Each area was gorgeously designed and created with a dream like quality that inspired more wonder and contemplation than the narrative did. The setting was paired with a subtle and slow classical style of music that kept the atmosphere peaceful and thoughtful.

With a game like this, the story is up to interpretation. While I found it stale, others might enjoy it more. However, the often frustrating puzzle design is something that is hard to ignore. The beautiful design collides with shoddy gameplay leaving me wishing to explore more of the world, but not the story or puzzles.

Summary:  Pretty to look at, but shallow to experience.

Fanatical Build Your Own Puzzle Bundle

Get Exit Limbo: Opening for FREE at IndieGala