Some games ask the question, “Are video games art?”. Other games definitively answer that question beyond a reasonable doubt. Never Alone is one of the latter. Set in the Alaskan wilderness, this game is based on the tale of Kunuuksaayuka. Made in two and a half years, the developers worked with over 40 Alaskan elders, storytellers, and artists to bring this story to life. Narration is done completely in the Iñupiaq tongue, with subtitles in English, so it’s quite easy to immerse yourself completely. The soundtrack is minimal, but atmospheric. This allows the real barren brutality of the Alaskan wilderness to hit you with full force. Nature can be both friend and foe in this game, and no matter which side you end up on, you can always feel how tiny everything is in the grand scheme of things. Now, this is not a game without it’s flaws, but I think they were able to set a goal and meet it beautifully. With all that said, lets look a little deeper at Never Alone. 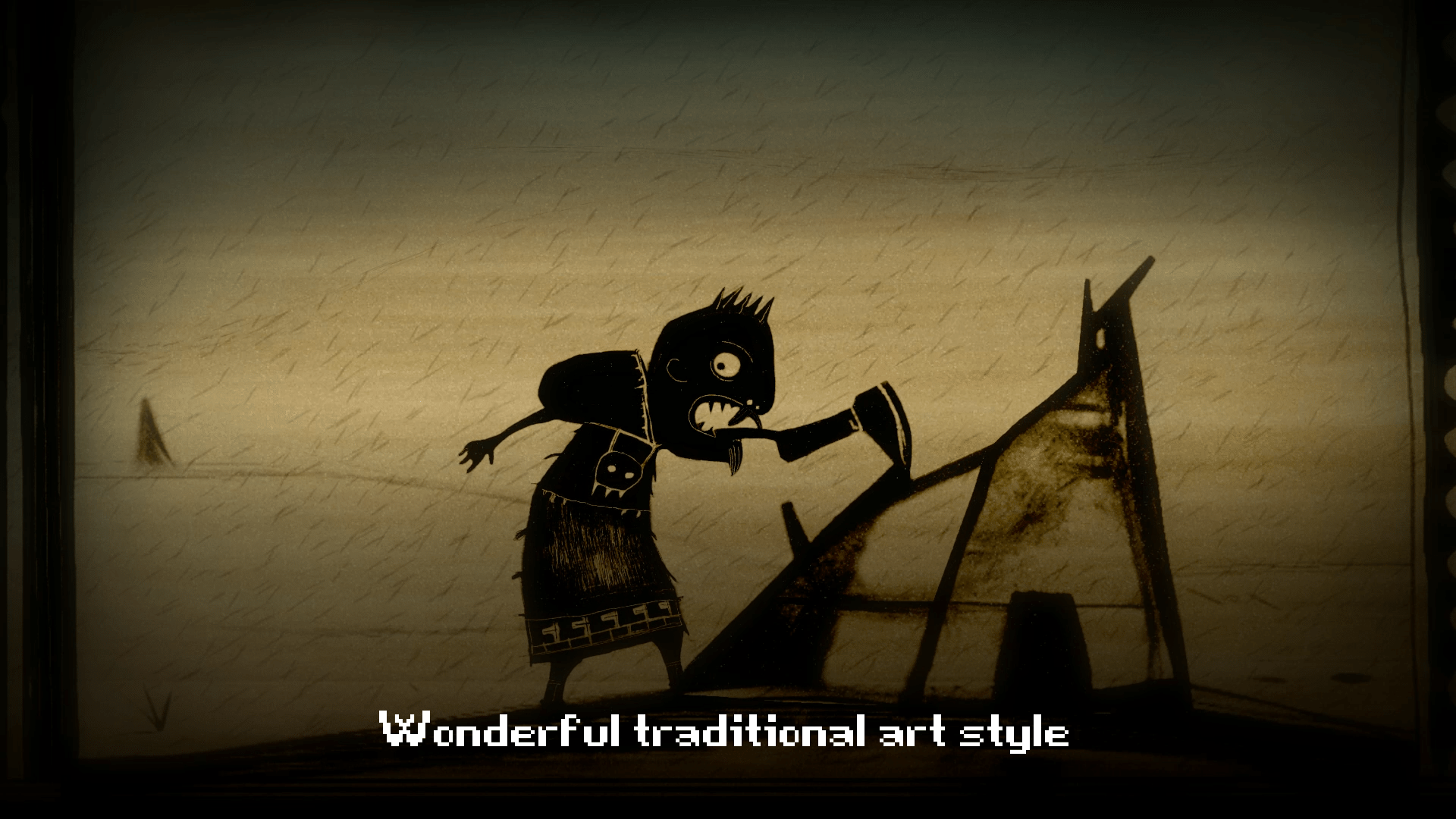 The first thing that will probably be noticed in the opening cinematics is the art style used, which based on the Inuit tradition of scrimshaw, and if you didn’t know that, the game quite kindly provides you with something to watch so you can learn about scrimshaw from the actual elders via a cinematic. The cinematics are quite unintrusive, but are still ready for you within seconds when you’re ready to break your immersion via the back button. Little things like this go such a long way for me. The immersion really is something else, as soon as you’ve heard the wind rip apart the background audio a couple times… Or enjoyed the solemn wind tones of an ice cave, you’ll be hooked. It’s not just the graphics or the atmosphere that has me so impressed, the gameplay is actually a ton of fun. As in most puzzle platformers, you will use the different attributes of the characters to traverse the levels. The fox can fit in tinier spaces, walljump, and talk to the animal spirits that sometimes appear to serve as platforms. Nuna can drag heavy objects, and toss a bola. The bola is your only source of damage, and everything kills both characters in one hit… But it’s not taxing. It feels like you’re being told a lovely story the entire time. Some puzzles can take a bit of braining, but the solution always feels so gratifying. Local co-op is amazingly fun, and how I assume the game is supposed to be played, but a fine job was done making sure everything is still doable in single-player. 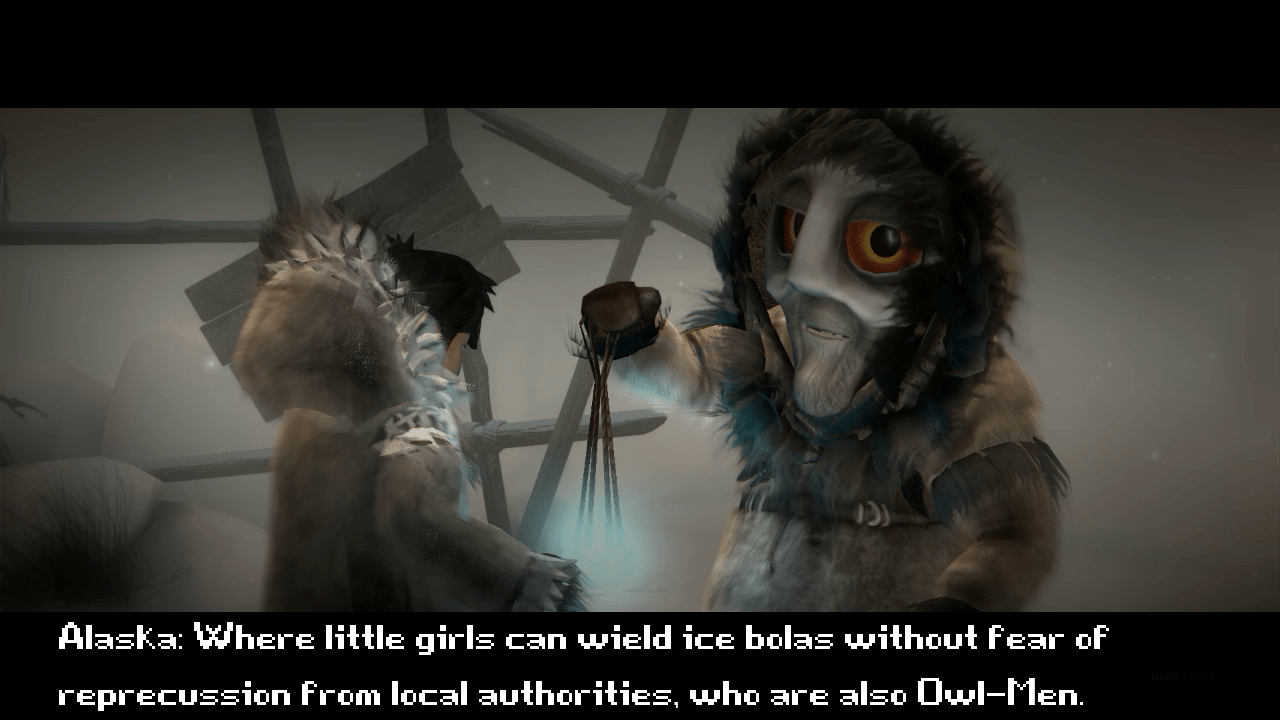 Aside from the likeable characters, story, and immersive environments, there are the gorgeous graphics in which the environment (and everything else) was rendered. The wind feels alive as it rips at Nuna’s hood, water is rendered wonderfully with beams of light shining through the surface, Nuna’s bola also has it’s own physics, and will land differently every time depending what you hit and how. Again, it really is the little things. Possible faults might include the linear nature of the game, as well as minor bugs involve with jumping on ice you were meant to break with the bola (example on the intro to my video review). The controls could also use some tightening. However, there are a multitude of sincere and fantastic messages, so if you’re in the mood for a story game that leans more toward story, why not also learn about a complex and interesting culture that people don’t talk enough about? 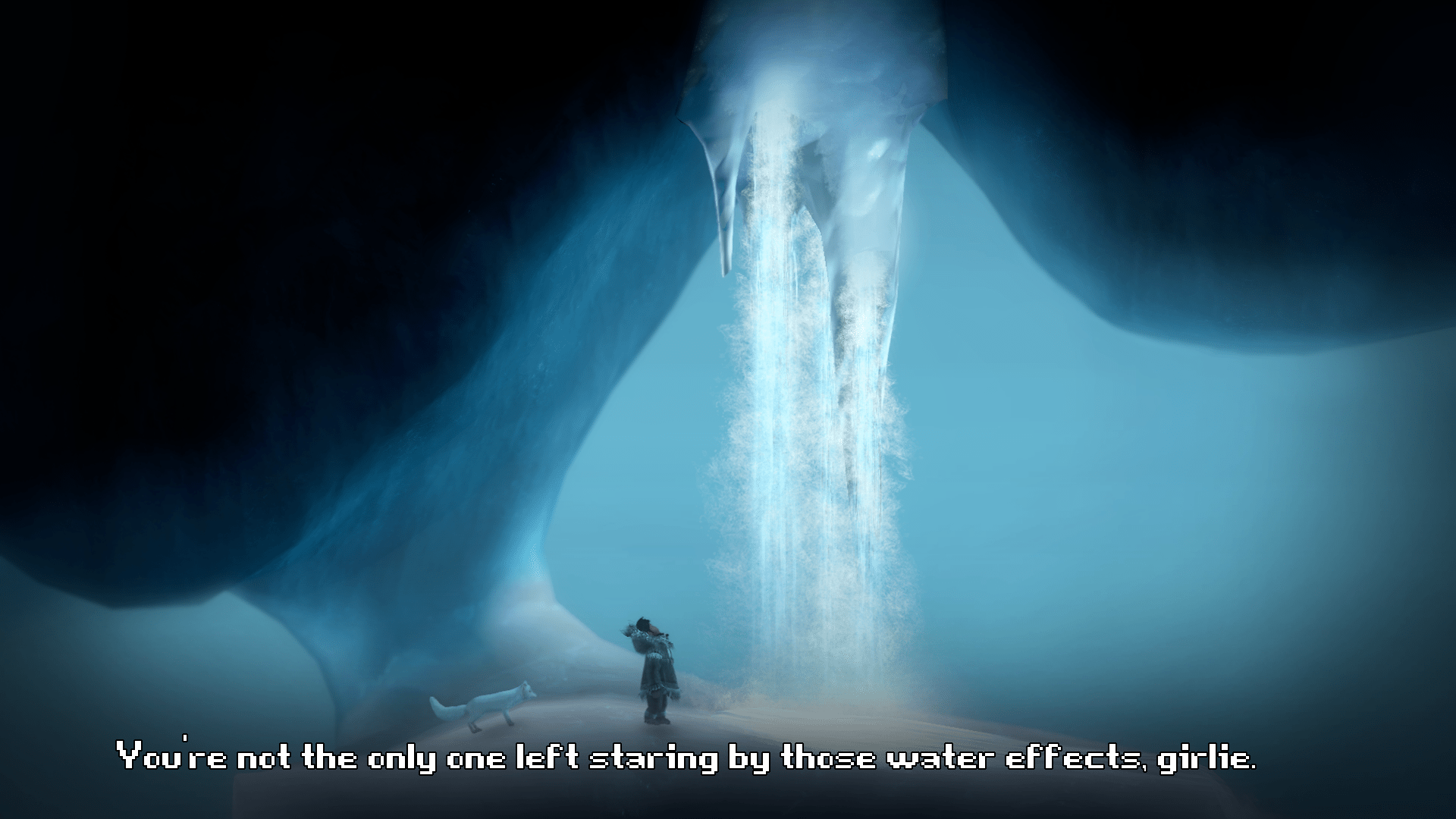 Final Score: 8/10 for gameplay, graphics, and immersion. 10/10 with difficulty increase.

Never Alone was made available on the Steam store November 18th, 2014.