You wake up in a gutter and begin wandering down a dark alley only to be chased and summarily devoured by shadow-creatures. The night terrors in this game are fantastic, and can actually make you fear going to sleep, in the game and real life. I abandoned my bed for the latter part of the first half, since not making it to bed lets you bypass night terror sequences. Eventually even your daytime existence becomes terrifying as well. There is a certain point which progresses the story. What happens during the cut-scene depends on all the tiny actions you take during the game.

The game starts out with the main character Tom being shown the ins and outs of his new security job. Each night you will hunt for clues. There are tapes that you can playback and gain a bit more knowledge about the storyline, as well as computer terminals that will drop clues about where to find keys needed to access restricted areas of the building you are guarding. Should you really descend to the lower sector? You ARE the security guard, and there MIGHT be somebody down there. Or according to certain emails, something. Do you dare to unveil the mystery? 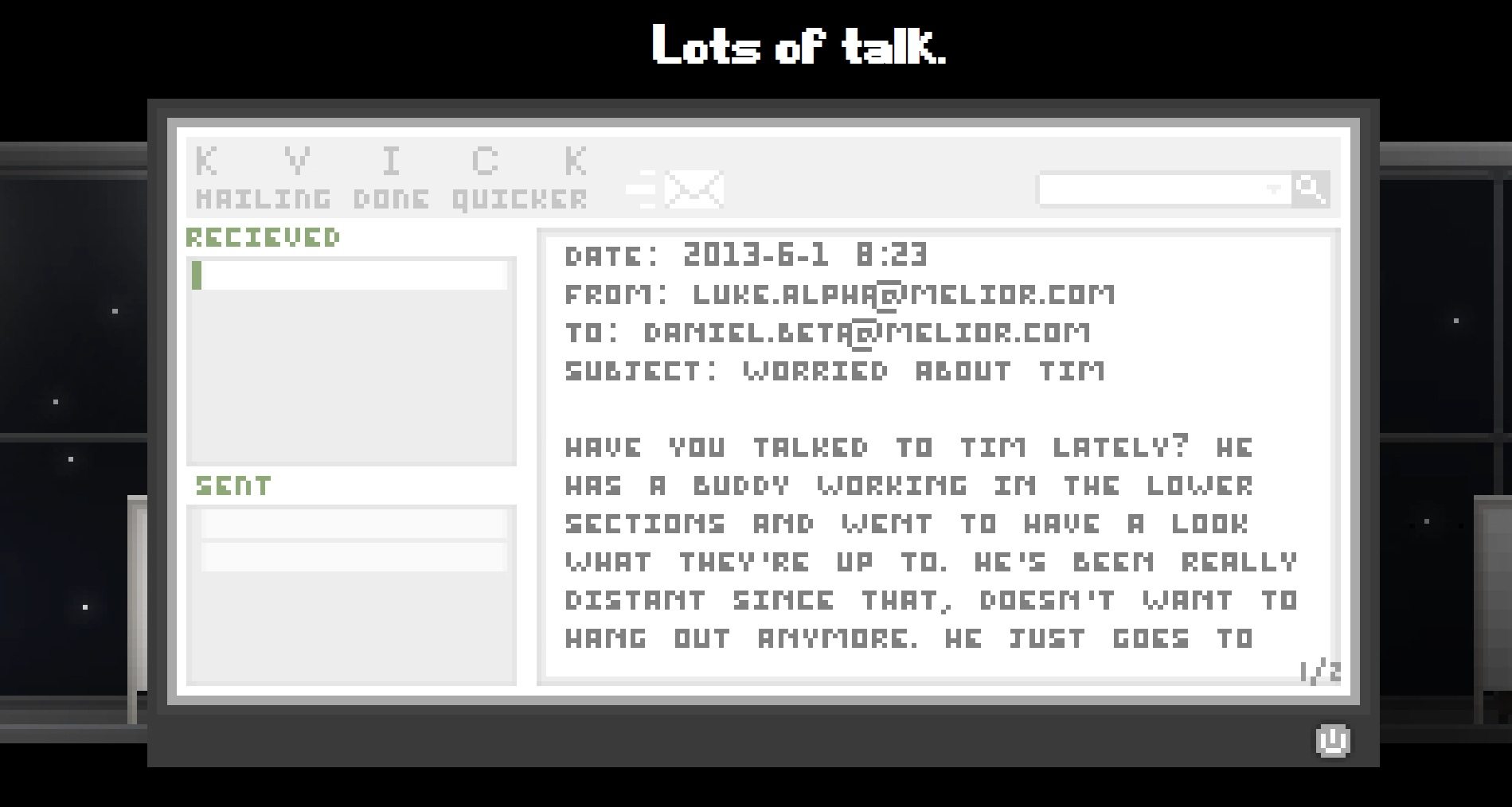 Whichever path you unknowingly decide to go down will eventually lead you to the second half of the game, this half is less about time-management and clue-finding and more about the visceral terror the game has been building towards thus far. There are some cool mechanics in this more combat-focused half, such as damage crippling your movement. However, there are some counter intuitive aspects such needing to engage the enemy in order to activate a trap. Combat is to be avoided, which means to even try this move, you need to be extremely desperate or really lucky.

Overall I found the two halves meld together quite nicely. Just when you are into the routine and having a hard time finding something new, the game throws you a curve-ball. The art and sound design are much more than I would’ve expected from the game at a glance, though the voice-acting leaves something to be desired. The story will require multiple playthroughs to piece together, since it seems to Tarantino around. You also can’t skip the first, more monotonous half, making multiple playthroughs repetitive. Uncanny Valley is a solid game for those that enjoy a good story, but it could certainly do with a bit more polish.

Summary: Immersive but subtle horror game that builds a strange atmosphere into frenzied panic quite beautifully.

Verdict: Action gamers won’t be satiated, but story-based gamers will have a ball for at least the first few playthroughs.