War. War never changes. Wasteland 2 is such a spiritual successor to old Fallout games that I almost expected Ron Perlman to deliver those iconic lines during the opening video. Now, let’s not forget that the original Fallout was inspired by the first Wasteland game. And now, in turn, a Wasteland game is inspired by the first 2 Fallout games – and as such, should be a treat for all those Nuke Cola loving, bottlecap collecting vault-dwellers out there. 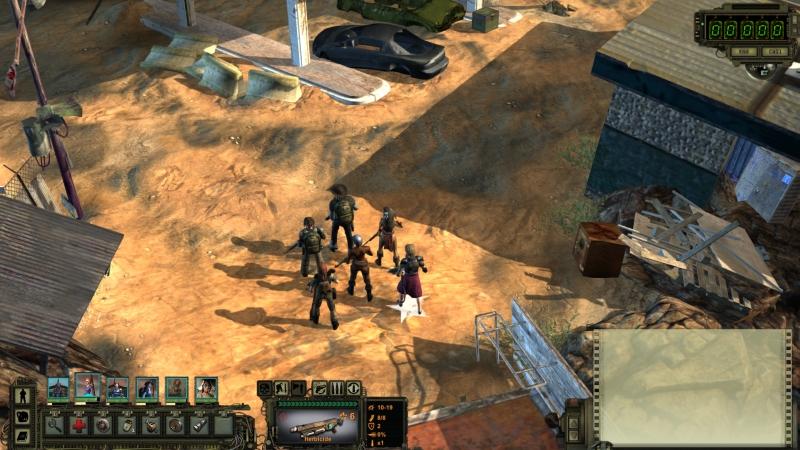 It’s been more than 2 years since Wasteland 2 campaign on Kickstarter was successfully funded – and after more than a few delays, a full version is finally available – but is it polished? Well, yes and no. While the reports of bugs are everywhere on the interwebs, in my 10+ hours of playing I encountered only one game-restarting bug when my party just refused to move from the spot. A quick restart solved the problem, but such bugs should not happen in a game that was delayed for so long and live tested with the huge community of early access players.

I won’t spoil the story so far, but the main premise is this – after the politicians “pushed the button”, the survivors of the nuclear wasteland are living in small interconnected communities, looked after by “Desert Rangers”, a self-made police of the apocalypse. You are one of them.

The choices you make in the game will affect the story, just like in any good RPG. For instance, near the beginning of the game, while you are patrolling the desert you get 2 distress calls at the same time – one from a farm where mutated plants and animals started wreaking havok, and one from a town being attacked by raiders. You can’t save both – I helped the town attacked by raiders, and when I managed to get to the other town, it was completely destroyed and overrun with mutant zombie plant people. Yup, enemies in Wasteland 2 are awesome.

Anyway, my choosing to ignore the first one while helping the other had a consequence – mutated plants were now spreading across the wasteland, so now you encountered zombie plant hordes on the map, solving additional quests that included ridding the affected villages of them and treating the water supply with the serum to stop them from spreading further.

This is definitely a game that just has to be played more than once – and I love that. 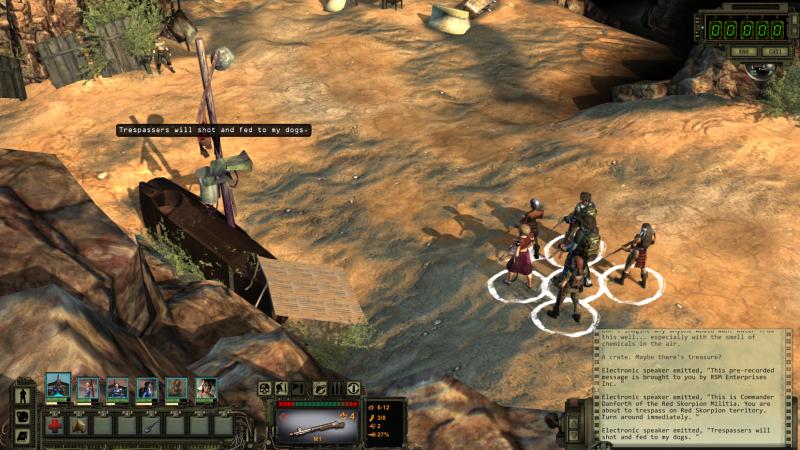 One more thing I loved about Wasteland 2 is the sense of “yikes, I’m getting the hell out of here and coming back later with better weapons” feeling – the dangers in Wasteland are real – and some of them will require you to run with your tail between your legs.

That’s all I’m willing to write without spoiling details of the game further. Except for this one little spoiler: there’s a skill in the skill tree called “Toaster Repair”. Yes, there’s an entire skill dedicated to repairing toasters. Of course I invested points in it! 🙂

In short, if you loved Fallout 1 and 2, you will LOVE Wasteland 2. If that was not your cup of radioactive tea, look elsewhere, because turn-based combat and slow but steady exploring is not for everyone.