The Humble Spring Into VR Game Bundle just launched on Wednesday, April 7 and will be live through Friday, April 21.

UPDATE: This VR bundle has been extended by one week, now it ends April 28th. 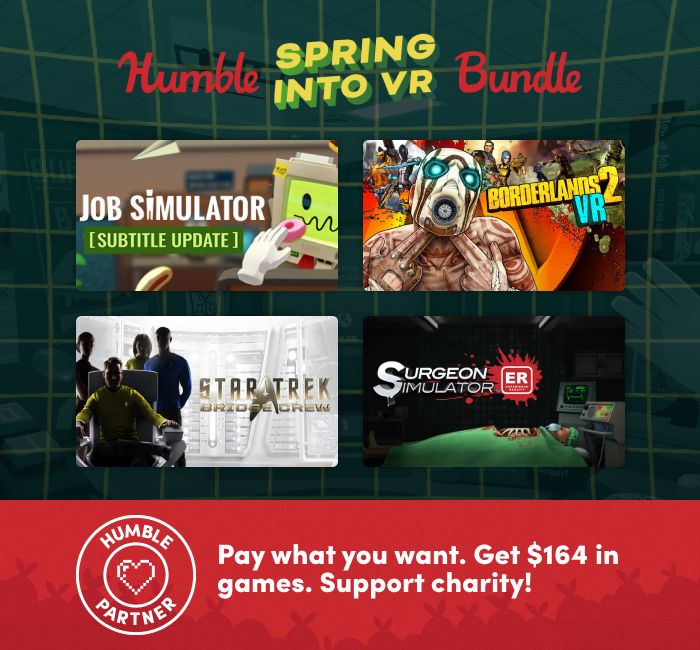 Plus, your purchase helps support a charity of your choice!

TIER 3: The final tier gets you all the games in the first 2 tiers plus Job Simulator, Sairento VR and Borderlands 2 VR

You can buy The Humble Spring Into VR Game Bundle here

All games are delivered as Steam keys. Normally, the total cost for the games in this bundle is as much as $219

Get the PC Game FLASHOUT 3D: Enhanced Edition for Free on GOG