No matter what the Industry Analysts might say, Adventure Games aren’t dead. There is always a market for witty story-telling and strange and engaging puzzles. With this in mind, how does The Inner World from Studio Fizbin compare? 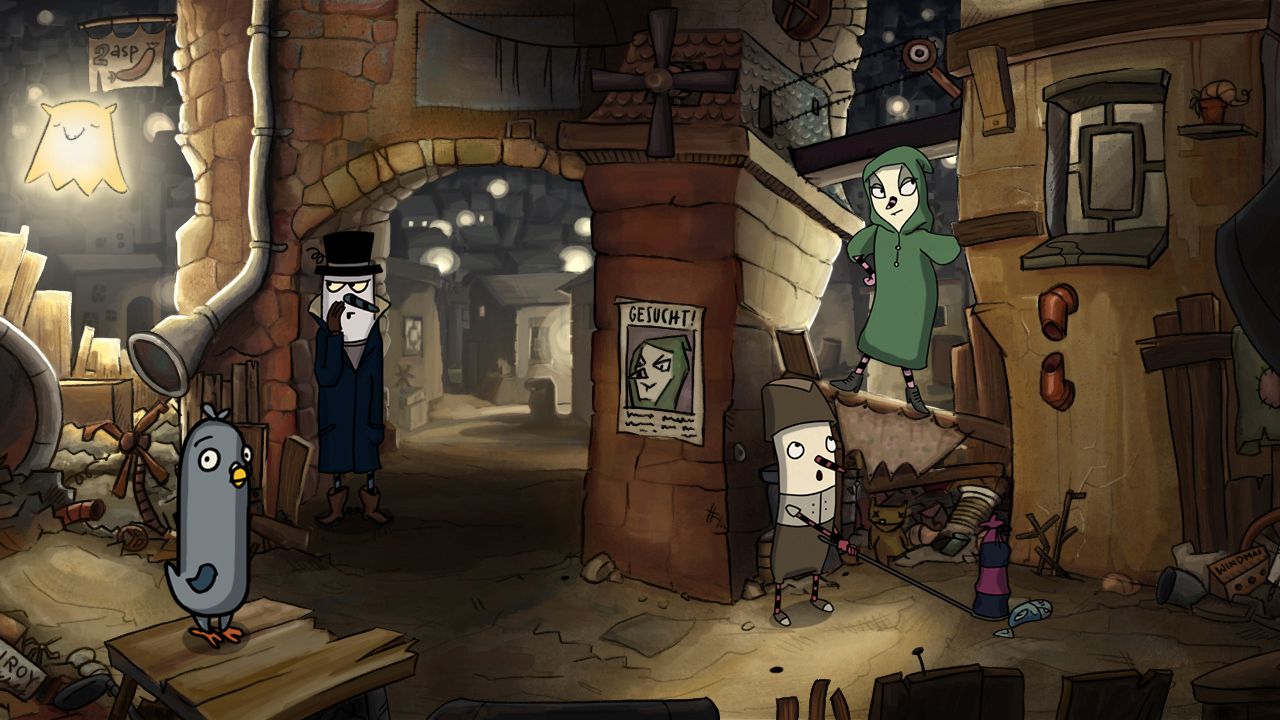 This adventure follows the story of Robert, and Asposian from the world of Asposien, a land defying the laws of physics and existing on the inside of a ball. From humble court musician he goes on his adventure and eventually ends up as the final hope of his homeland. Despite the charm of the unique land, the story is pretty standard. Point for point, no plot elements are inventive or unique. The writing is average with little growth in the characters. However, the world is unique enough to maintain interest, and though the it is pretty formulaic, it tells its story well enough to keep the player until the end. You criticism of the writing is that it tries to show some of the elements of the language in the early sections before completely forgetting about it. There is little in the way of world building that comes through the writing.

That being said, the art in this game is much more interesting than the story. The backgrounds have a handcrafted feel, like paintings. The character designs are simple bust distinct and portray their various emotions very well. The wide range of colors creates a pleasing visual pallet that embraces its fantasy style. Each panel is unique and distinct enough so that, even with the back and forth inherent in an adventure game, it never gets too grating.

Now to the meat of it, the puzzles. Being an adventure game, it still falls prey to some of the old trappings. Some of the logic of the solutions are very alien, making it difficult at times.  A good many others, however, hit that sweet spot of complication and logic. More often than not, the puzzles can be figured out with some critical thinking and they feel good to solve. A bonus to the whole game is that there is a built in help menu that can be used that offers varying levels of clues, from vague hints to outright instructions. If you want to play without it, it is totally unobtrusive, and if you need it to move on, it is right there for you. I found this a welcome addition. 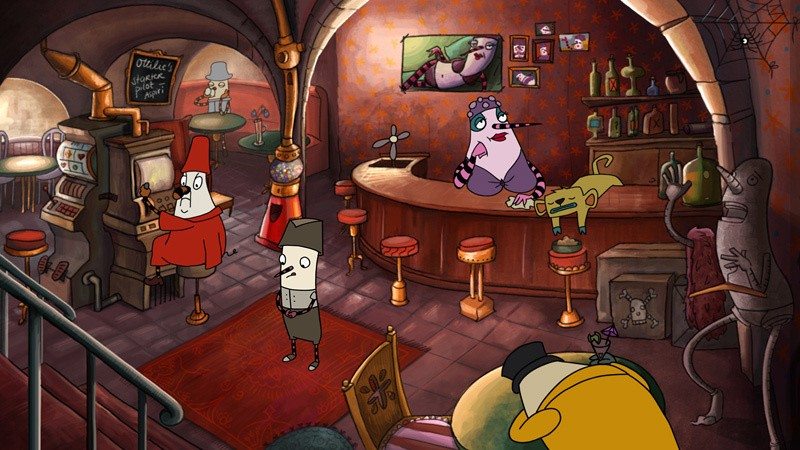 Overall, The Inner World is a good game. It is not remarkable in anyway, but remains engaging and endearing. The art picks up a lot of the narratives slack in world building and the puzzles are both challenging and logical, usually. It is worth a look for those who love adventure games, but might not be the juicy experience to make someone a fan of the genre.

Summary: The Inner World is a decent adventure game whose art outweighs its story.

The Inner World is available on Steam and their website.