Games under $1 – Yes, we also love some cheap games! Here’s a list of good games, in no particular order, that we could find discounted at $1 or less! If some game is not discounted at your region, sorry.

We’ll try to update this list daily – if you see some deals are no longer available or if you found an amazing deal, let us know in the comments below!

8. The Silent Age (Steam, $0.99) – Lose yourself in The Silent Age, the thrilling point-and-click adventure with over seven million mobile downloads, completely revamped and updated for PC. Very Positive Reviews.

7. Razenroth (Steam, $0.49) – Razenroth is an action shooter with a dark atmosphere, enriched with the elements of roguelike and RPG. All the levels, weather conditions, distribution and quantity of key elements are generated randomly. Thanks to this fact, a single game is different each time.

6. Distraint (Steam, $0.99) – DISTRAINT is a 2D psychological horror adventure game for PC. You step into the shoes of an ambitious young man named Price. In order to forge a partnership from a famous company, Price seizes the property of an elderly woman. In that very moment he finds out the price of his humanity.

5. Dead Effect (Steam, $0.99) – Fight for your life in the INDIE SCI-FI FPS game fit for both casual and hard-core gamers with a passion for hunting down hordes of zombies. Prepare yourselves for the incoming nightmare!

4. Invention 2 (Steam key, $0.84) – While you were on the island exploring the underground laboratory, the infection was busy spreading throughout the world. 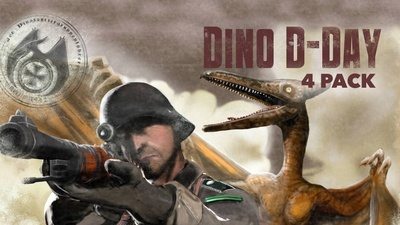 2. Splice ($0.99, Steam Key) – Splice is an experimental and artistic puzzler. Immerse yourself in its microbial world and start splicing! Every level (“strand”) consists of a number of cells that you will need to rearrange into a target structure in several moves (“splices”).