During the month of July, Prime members can claim a free download of the LucasArts classic The Secret of Monkey Island, plus Batman: The Enemy Within – The Telltale Series, RAD, The Wanderer: Frankenstein’s Creature, Tales of the Neon Sea, Automachef, and Portal Dogs. 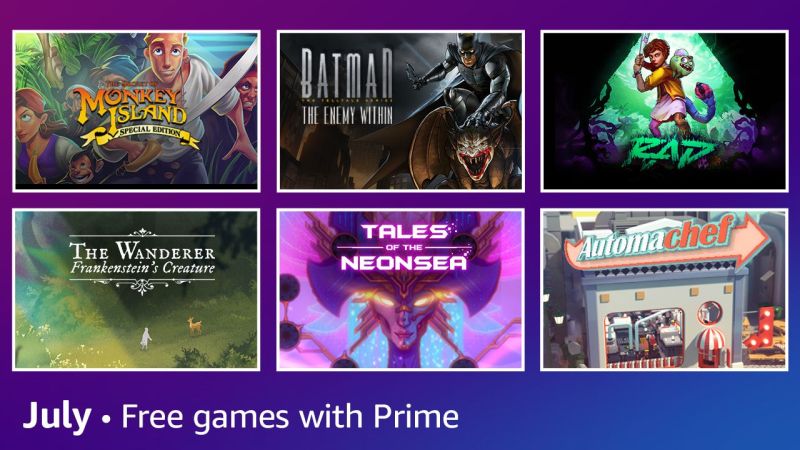 List of free games anyone with Amazon Prime Gaming can get for free during July 2021:

Plus, LucasArts games are coming to Prime! On the first of every month, beginning today through September 1, Prime members will be able to play the iconic point-and-click adventures: