UPDATED: Get 23 Free games with Prime Gaming in August 2020

Welcome to the August 2020 Prime Gaming update! Be sure to read on below for the latest free games and loot offerings for Twitch Prime members!

In August, Amazon Prime is offering 23 FREE games for members, including 14 SNK games, five Free Games with Prime titles and four bonus games from the month of July!

As a reminder, Prime Gaming members can still claim titles from the first batch of SNK games, including:

The second collection of SNK games includes the following: 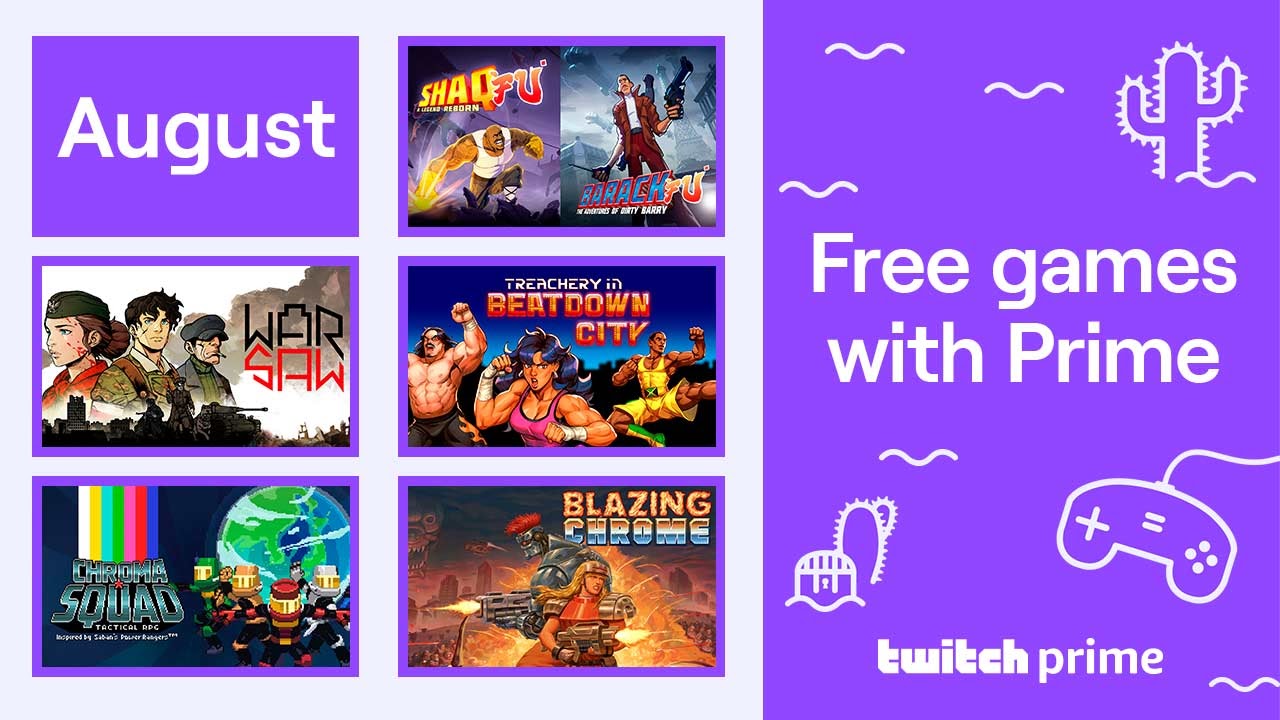 New Batch of Games is Available from Monday, August 3:

UPDATE: And even more games have been added:

How To Get the August 2020 Prime Games for free:

Starting August 3rd, you’ll be able to claim and play all of free games for this month; and once you claim a game, it’s yours to keep forever.

To get all the games listed above, just subscribe to Amazon Prime (that also includes Prime Gaming) FOR FREE. After the initial free trial period (that you can cancel anytime), Amazon Prime costs from $2.99 to $12.99 per month depending on your country, so if you plan to “snatch and cancel”, don’t forget to unsubscribe!