Ubisoft is giving away Far Cry 3 for FREE on PC

Get Far Cry 3 on PC, free of charge, in a giveaway by Ubisoft. If you missed the original giveaway last year, here’s another chance to get this great open world FPS. 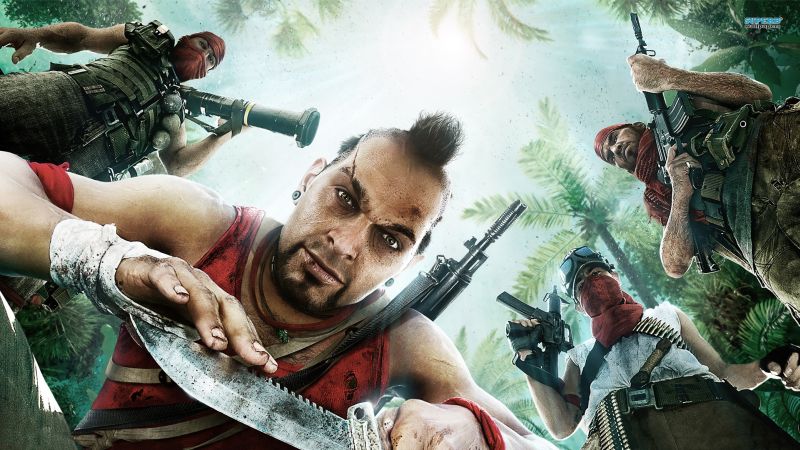 Far Cry 3 is an open world first-person shooter set on an island unlike any other. A place where heavily armed warlords traffic in slaves. Where outsiders are hunted for ransom. And as you embark on a desperate quest to rescue your friends, you realize that the only way to escape this darkness… is to embrace it

FIGHT BACK IN AN ACTION-PACKED SHOOTER Use an arsenal of weapons and explosives to run gun-first into the action, take down nearby adversaries with your blade or snipe unsuspecting enemies from a distance.

AN ISLAND OF DANGER AND DISCOVERY Explore an island playground as stunningly beautiful as it is diverse – from mountain ranges to swampy grasslands and white sandy beaches. Fight your way through the island’s towns, temples, river ports and more.

UNCOVER A MEMORABLE STORY AND AN INSANE CAST Encounter a diverse and realistic cast of characters as you dive into this deep and enriching story, where morals are questionable and hope is all but abandoned.

CUTTING EDGE GRAPHICS AND GAMEPLAY Far Cry® 3 is being developed by the world-class game designers who brought you such critically acclaimed titles as Assassin’s Creed® 2, Assassin’s Creed® Brotherhood, and World in Conflict®.

HOW TO GET FAR CRY 3 FOR FREE:

Just head over to Ubisoft Store and add the game to your account. Available until September 11th.

That’s it! Enjoy your free game 🙂