LEGO® Batman™ Trilogy is provided via Steam for Windows. A free Steam account is required. 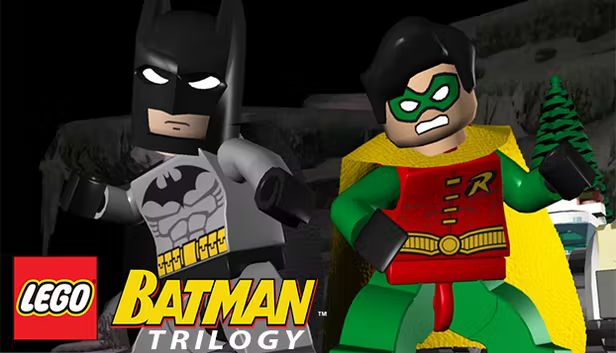 This bundle includes the following games:

LEGO® Batman
When all the villains in Arkham Asylum team up and break loose, only the dynamic duo is bold enough to take them on to save Gotham City. The fun of LEGO, the drama of Batman and the uniqueness of the combination makes for a comical and exciting adventure in LEGO Batman: The Videogame. Play as Batman and his sidekick Robin as you build, drive, swing and fight your way through Gotham City capturing escaped villains including The Joker, Penguin, Scarecrow and more. Then, jump into the story from the other side and play as Batmans foes! Enjoy the power you wield and battle Batman while spreading chaos throughout the city. There is no rest for the good (or evil!).

LEGO® Batman 2 DC Super Heroes™
Legends Unite! The Dynamic Duo of Batman and Robin join other famous super heroes from the DC Universe including Superman, Wonder Woman and Green Lantern to save Gotham City from destruction at the hands of the notorious villains Lex Luthor and the Joker.

LEGO® Batman™ 3: Beyond Gotham
The best-selling LEGO Batman videogame franchise returns in an out-of-this-world, action-packed adventure!  In LEGO Batman™ 3: Beyond Gotham, the Caped Crusader joins forces with the super heroes of the DC Comics universe and blasts off to outer space to stop the evil Brainiac from destroying Earth.  Using the power of the Lantern Rings, Brainiac shrinks worlds to add to his twisted collection of miniature cities from across the universe.  Now the greatest super heroes and the most cunning villains must unite and journey to different Lantern Worlds to collect the Lantern Rings and stop Brainiac before it’s too late.

You can also get an extra $1 off this bundle if you’re a Humble Choice subscriber.

Get The Witcher Goodies Collection for FREE at GOG