Pay at least $10 to get almost 1,000 games, tabletop RPGs, books, etc in this charity bundle. 100% of proceeds of this bundle will go to two charities that are helping people of Ukraine. 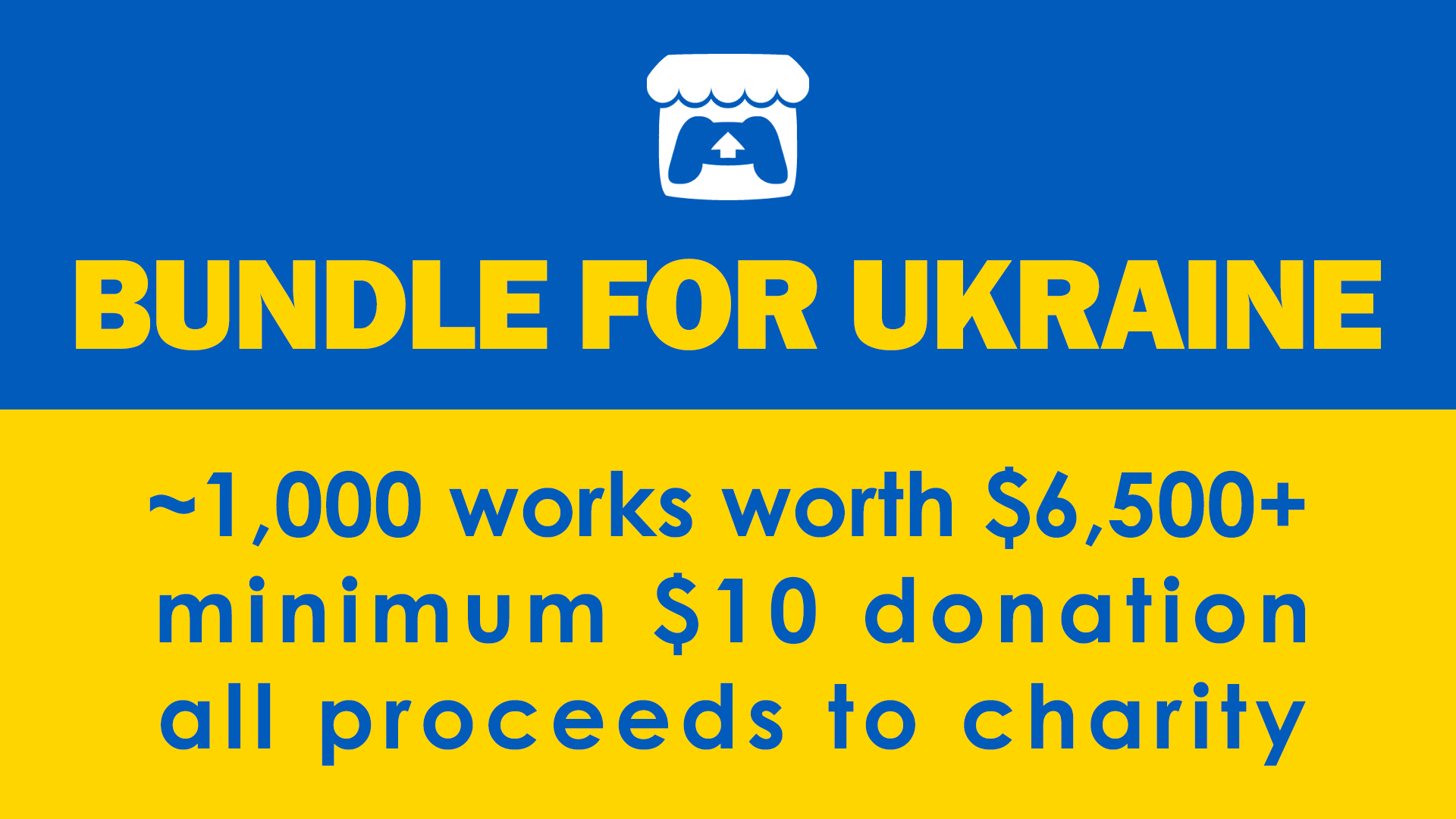 Over 700 creators have joined in support to donate their work. All proceeds from this charity game bundle will be split between the following charities:

Of these nearly 1,000 products, more than 600 have never been in a major bundle before. Several prominent developers and publishers signed up to itch.io specifically to be in this bundle. And there’s something for everyone – we have almost 600 digital video games, over 300 analog tabletop RPGs, and dozens of asset packs, books, zines, and comics, soundtracks/music, and a host of other products. Also unique to this bundle, only paid products are allowed.

Please note: No Steam (or other external keys) will be given for bundle purchases. Only direct downloads will be available on the itch.io page.

Some notable games in this bundle:

You can buy this massive game bundle right here. Available until March 18th 2022.

What is itch.io? itch.io is an open marketplace for independent digital creators with a focus on independent video games. Learn more