Absolute Drift is a *gasp* drifting game. Of course the most important part of a vehicle game of any sort are the controls. I will admit that the controls in Absolute Drift are quite tight while the driving itself does feel a bit too slippery, but as you might guess it’s not a big deal in a game where your only goal is to slide stylishly. Absolute Drift also boasts a unique Japanified minimalist aesthetic, paying homage to one of the origins of the drifting motorsport. It isn’t all roses but let’s not hesitate to pop the hood and see what we got, this is Absolute Drift. 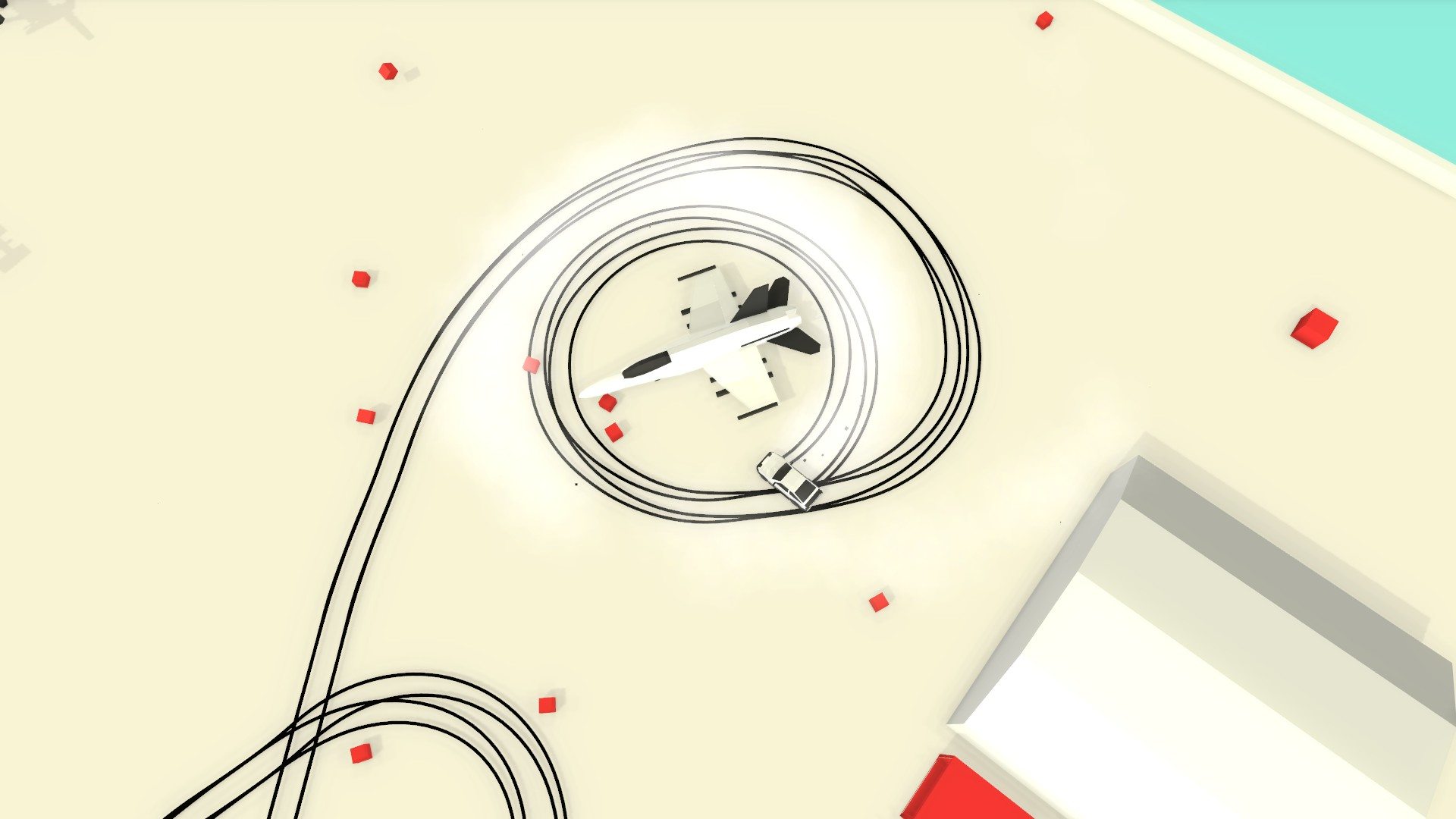 Free Roam mode serves as the Story Mode, and will serve to introduce you to the controls as well as different challenges and events. After spinning out a few times and learning the art of counter-steering you will begin to grasp what the game is really all about and because there is very little hand-holding, conquering a world challenge or topping the global highscore for any track feels like a great accomplishment. Absolute Drift has a total of 23 tracks to enjoy; 10 circuit Drift tracks, 9 open-world Driftkhana courses, and 4 one-way Mountain Drift tracks, so you can find the event that suits you best. 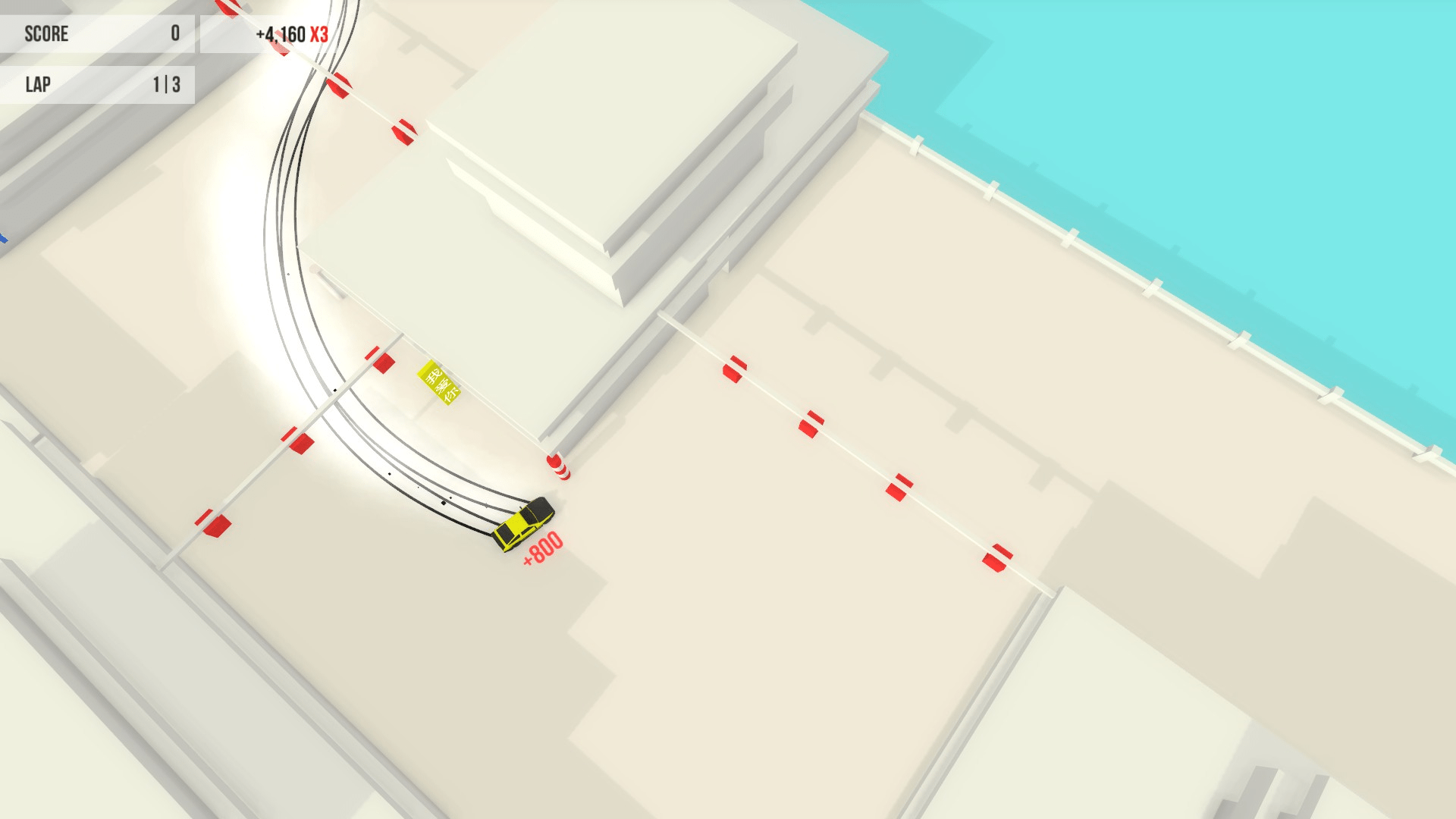 While the world challenges and events have as much variety as can be expected, I find that it still isn’t quite enough. Drift around this, drift between that, it isn’t until the last stage that things start getting really interesting. All I’m saying is I wanted to jump on a few more roofs. Car customization is limited to 6 body-types, which all have a slightly different feel. You can also pick a color and a decal, but nothing beyond that. I would really like a chance to fine-tune my engine and shocks. Stripped-down customization and lack of real-time damage are gigantic missed opportunities. 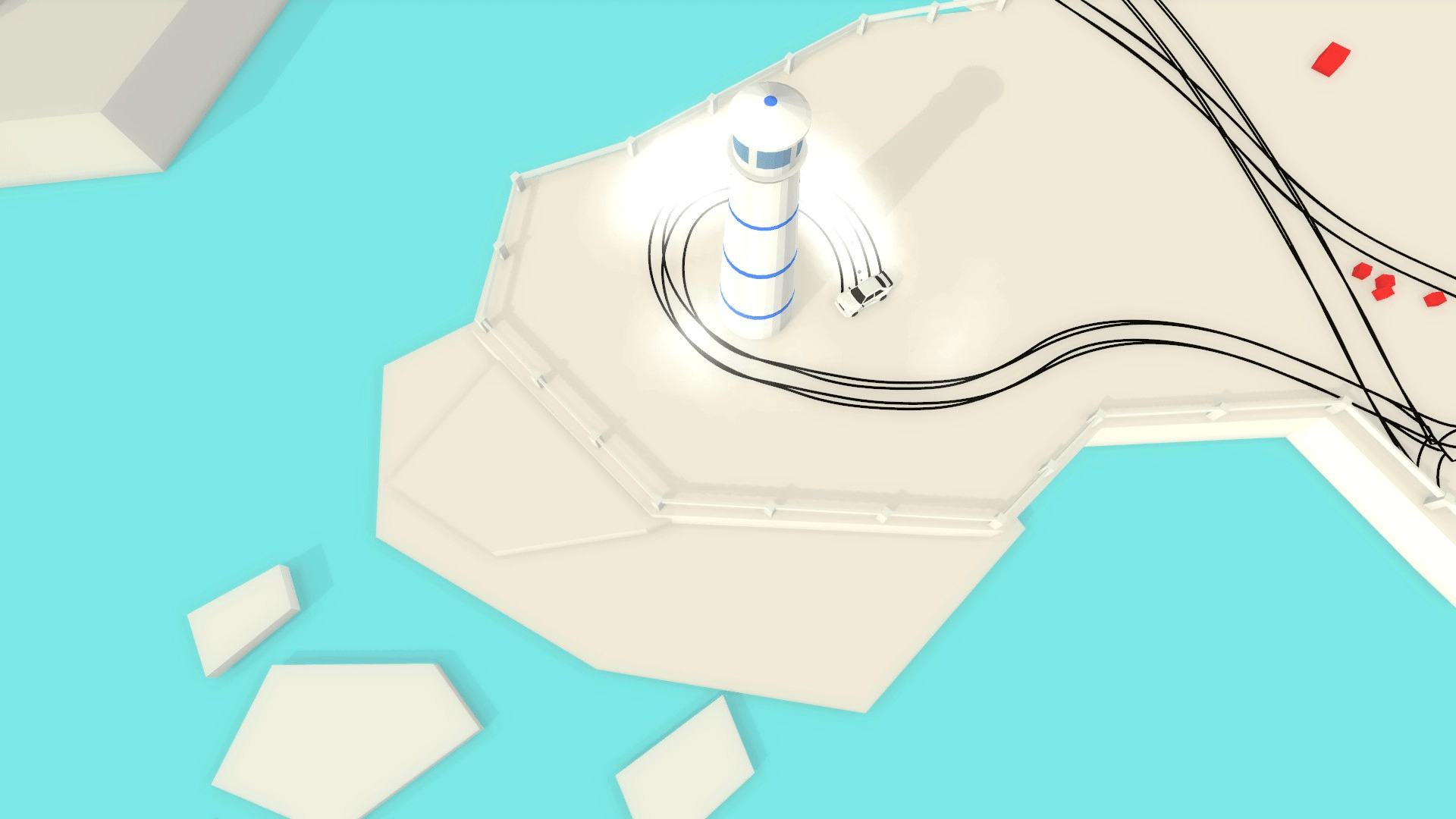 I enjoyed my time with Absolute Drift, with its low-key dance music soundtrack, inoffensive looks, and high degree of mastery. Lack of customization and content hurts replayability, but the difficulty curve and global scoreboards means it still has quite a bit to offer. The story mode can be completed in around 2 hours, and if that’s all you’re buying this game for then $12 might be a bit overpriced. It is a bit of a one-trick pony, but it does that trick extremely well. If you’re in the mood for a score-attack drifting game, give Absolute Drift a try. Though it might be worth waiting for a sale. Big thanks to Funselektor Labs for the review copy! We at IGB hope to see more quite soon.

Summary: Minimalist drifting simulator with a large degree of difficulty, and a rocking soundtrack.

Verdict: A bit of a one-trick pony, but it does that trick exceedingly well. Catch it on sale.

Get Orkana Conflict VR for Quest 2 for free at Itch

FREE GAME: Leisure Suit Larry 6 – Shape Up Or Slip Out