Highlands is a turn-based strategy set on a series of floating islands. The royal family in this world apparently have quite a set of cojones, as they are on the front lines with their troops the entire time. You can recruit new fodder in taverns littered around the map. There are a multitude of classes available, leaders capture resource points, engineers/mechanics can craft weapons and armor as well as fortifying your points on the map. Combatants are the meatshields, and academics are used to keep the meat on their feet. 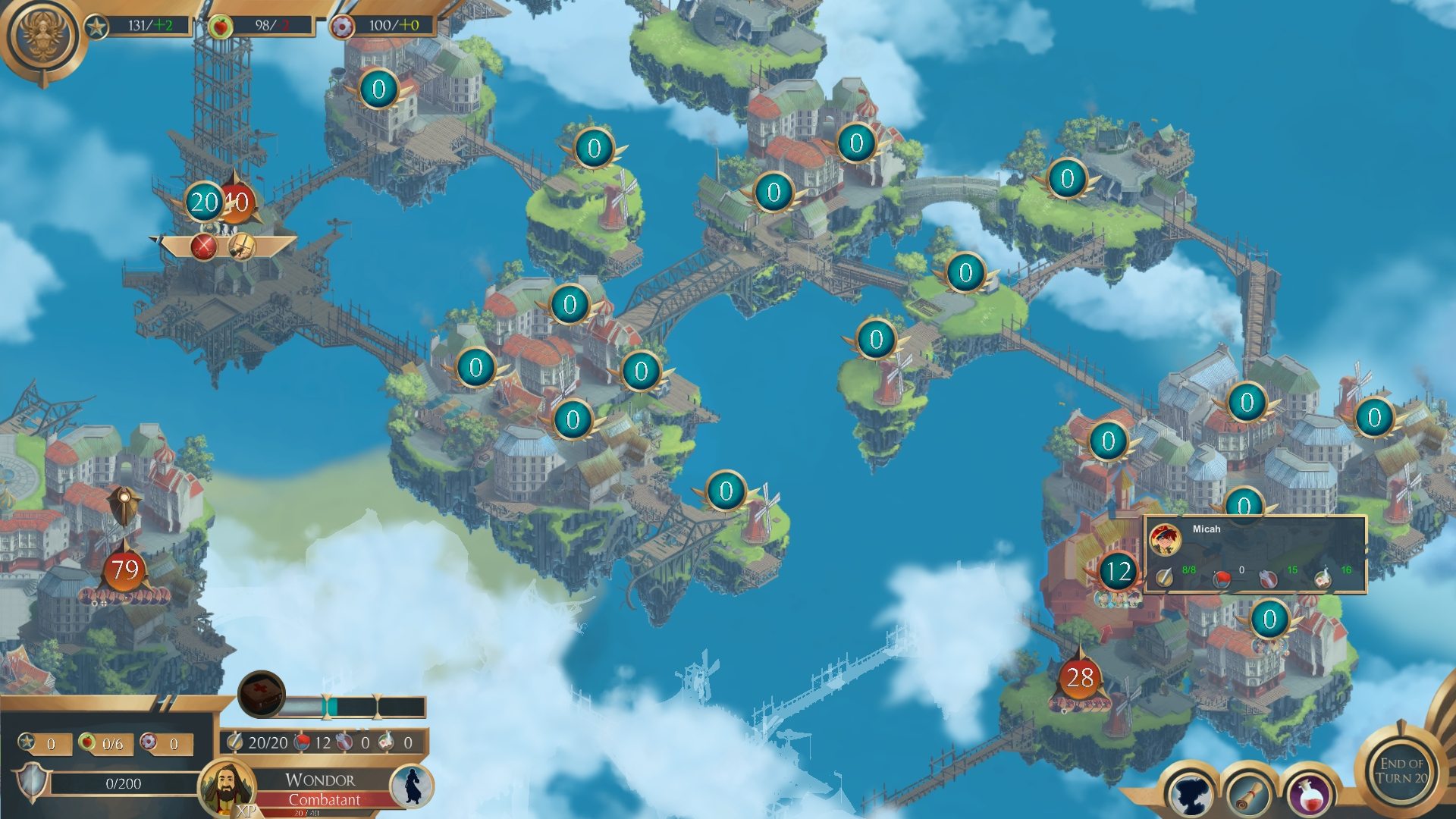 Enemy robots and warlords will consistently advance on your position. Luckily your enemies can only move through your areas one at a time, but they do spawn friends after a set amount of turns (depending on the difficulty) which helps to keep the pressure on. There have been multiple situations where I screwed around for far too long capturing points only to be forced into combat with an almost insurmountable force at the end of the map. How did I overcome? Molotovs. Lots and lots of molotovs. 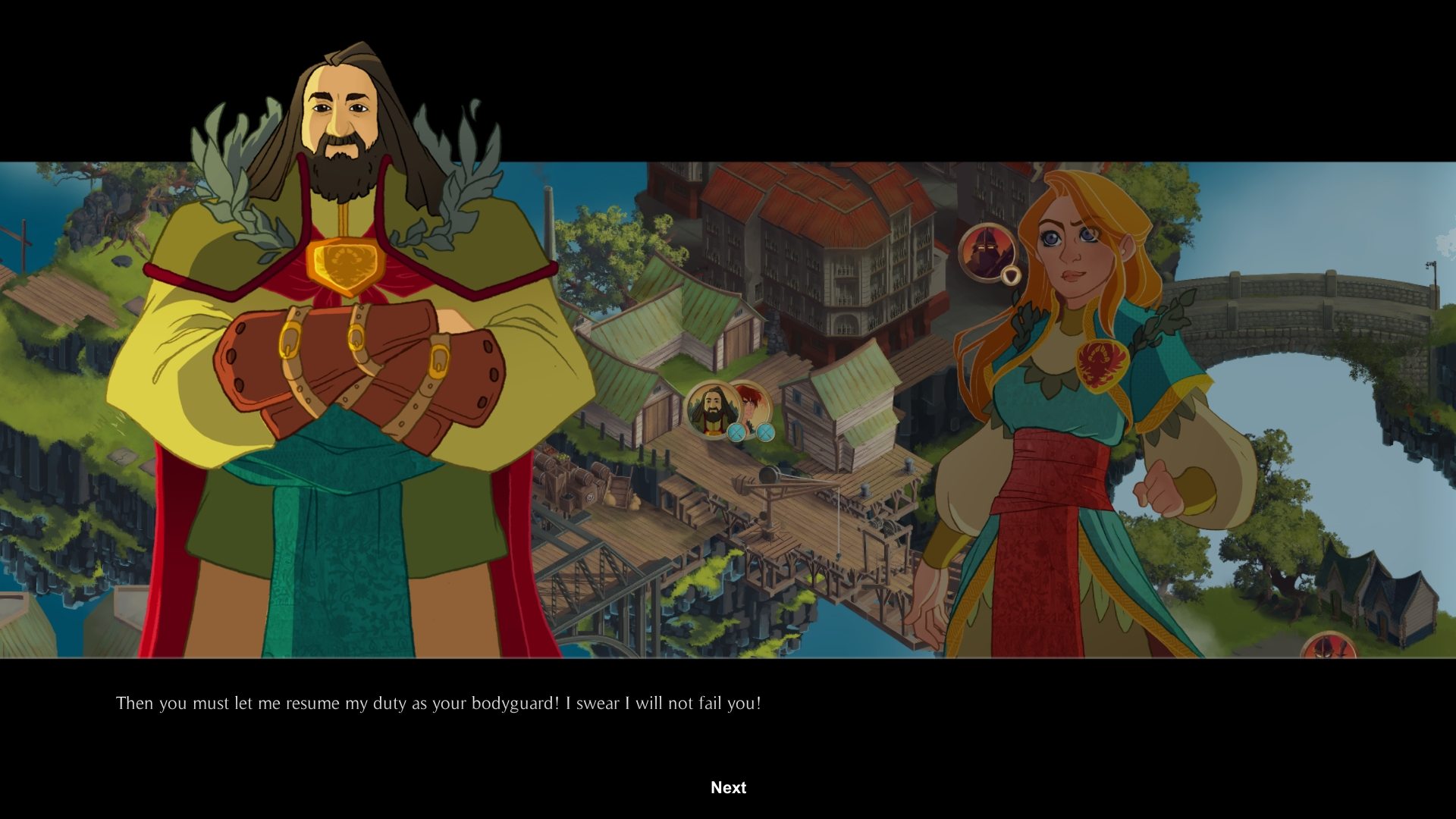 Trying to keep a decent pace while not missing out on crucial resources is indeed a delicate dance, and as with most dances, I fail pretty miserably. Leadership is a resource used to recruit new troops, food is used as upkeep for your troops as well as keeping your characters healed, finally scrap is used in every sort of crafting imaginable. Gearing up your troops with weapons and armor increases their fighting ability, but all the skill in the world won’t save your characters from the ever-looming threat of permadeath.

Random events ensure no game plays out the same, but the story will remain the same. While the events are cool, this along with some flowery writing and amazing visuals don’t really motivate me to give the game a second playthrough. I’m supremely glad I got to experience it, and won’t hesitate to call it another kickstarter success story, but I don’t think I’ll be sitting down to trek through it again, at least for a little while. Fantastic first game by Burrito Studio, we at IGB can’t wait to see what is next.

Verdict: Gorgeous artwork and unique mechanics make this an easy recommendation to any strategy fan.