Bundle Stars was launched in November 2012, and in short 3 years it has become one of the leading bundle sites in the world.

EDIT: A few years have passed since this post, and Bundle Stars we all know and love has turned into Fanatical.

Let’s kick off this weeks Who is editorial with an interview with Grant Hughes, Bundle Stars head of marketing: (third from the left in the picture, or if you like to count, twelfth from the right 🙂 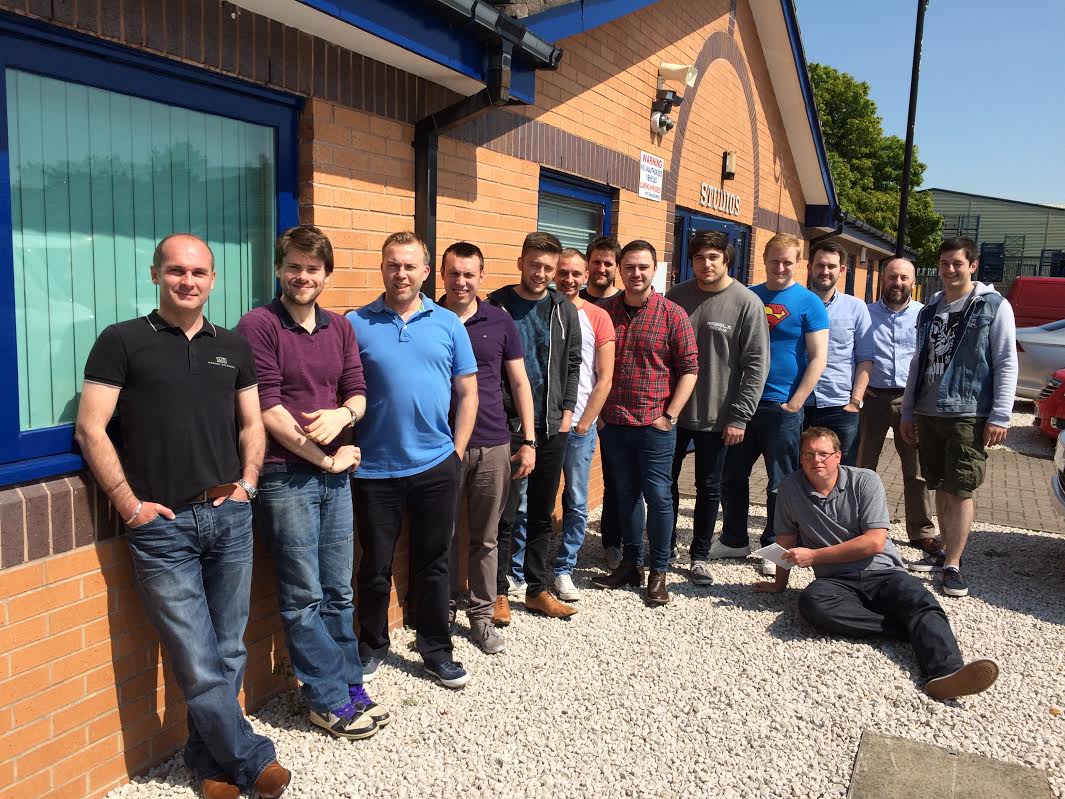 Thanks for taking the time to do an interview with us! Can you tell us who you are and what is your role at Bundle Stars?

It’s a pleasure, thanks for asking us! My name is Grant Hughes and I’m the Head of Marketing at Bundle Stars. I was one of the original launch team back in November 2012, when there were only two of us working full-time on the site. Nowadays we have a good sized team and it’s my role to make sure that we keep serving up awesome offers, promotions and deals, while also ensuring that PC gamers everywhere find out about what we do.

How many bundles did you make so far?

What is your personal favorite Bundle Stars bundle so far and why?

That’s a tricky one, there are so many! Our Shadow of Mordor Bundle is probably my own personal favourite because it’s such an amazing game, and I’m a big Lord of the Rings fan. I’ve still got a soft spot for our Atomic Indie Bundle because it was our “breakthrough” bundle in the early days. There were so many great games in the All Stars Bundle, Indie Legends, and Killer 3.

Can you tell us a bit about bundling games, how long does it take to get everything ready for a single bundle before it’s out?

Sometimes it can take weeks, or even months, for our licensing team to put together a best-selling bundle of mixed games. Negotiating with 10 different game developers across different time zones can take time. And that’s before we get our graphics, web and marketing teams involved in making everything look nice, creating the email alert for our customers, the social media posts, etc. It’s a lot of hard work, but most of us are gamers and we do get to try out a lot of cool Steam games in the process. 🙂
And it’s also very rewarding to see our customers’ comments when they love a bundle.

Do you think bundles are here to stay? It’s a fairly new concept and it works for now, but do you think it has a long future?

Bundles have been around since bricks-and-mortar stores were first invented. So I think game bundles have a long future. When they’re done right they are hard to resist, I buy a ton of them myself! Bundles are also a great way for developers to get exposure for their games, to increase their player base, and to earn money from their back catalogue titles.

What is one upcoming video game you’re personally looking forward to?

Fallout 4. Mad Max is also shaping up nicely too, judging by the video trailer.

How much would you charge for a Half Life 3 bundle? 🙂

Haha, I’ll tell you when you tell me the release date. 😉

Any new surprises in store for your fans you would like to announce here?

We are working on some really cool stuff behind the scenes that you’re going to love, but it’s too early to announce it just yet. Stay tuned to Bundle Stars to find out more!

We thank Mr. Hughes for taking the time to talk to us! Join us soonish for another peek behind the curtains of yet another popular bundle site.