Why do children never get to be protagonists in zombie games? Are they not equipped to handle such peril? Perhaps their death would be taken too harshly by the audience? Zombie Playground pulls off the seemingly impossible, delivering superb class-based arena combat featuring children against hordes of the undead. The enemies and environments are endearingly creepy. The cartoon style with its stylistic black blood, serves greatly to ensure that even while eviscerating tens of opponents with a nailgun, the game never feels like it is taking things too far. Just look at the sparkles! OOH! 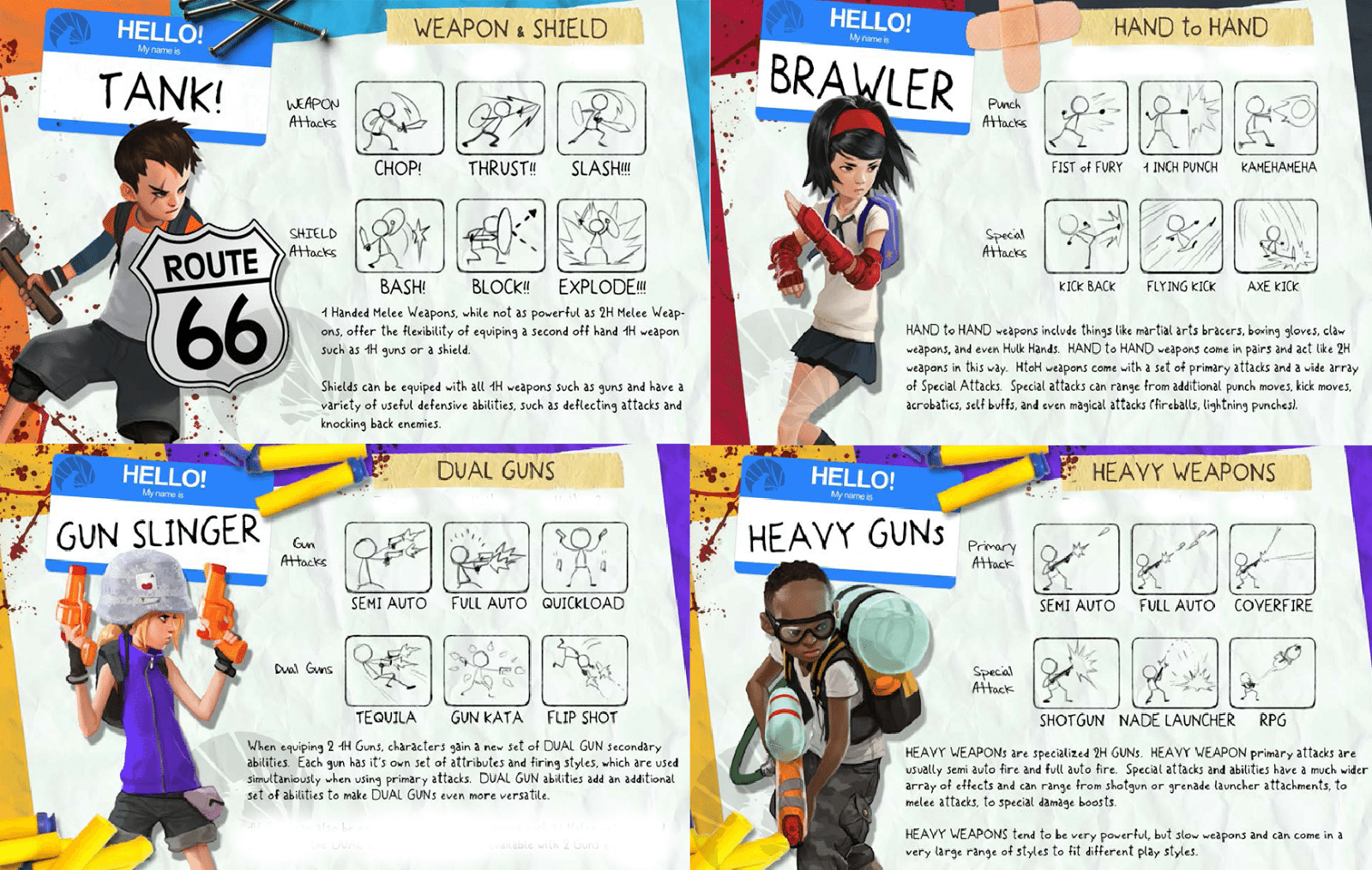 Class-based means this game is infinitely more fun with a friend or two, but even alone the fluid controls and easy-to-master combo system makes Zombie Playground just feel nice to play. Currently only two classes are available, the Bully which takes on a Berserker role and the Rascal who serves as more of a Scout. The dynamic works well enough, with the Scout finding the path of least resistance and the Bully keeping it clear. However, with only one level to explore maybe double-Bully is the way to go. As more classes are added the game will develop some much needed complexity. 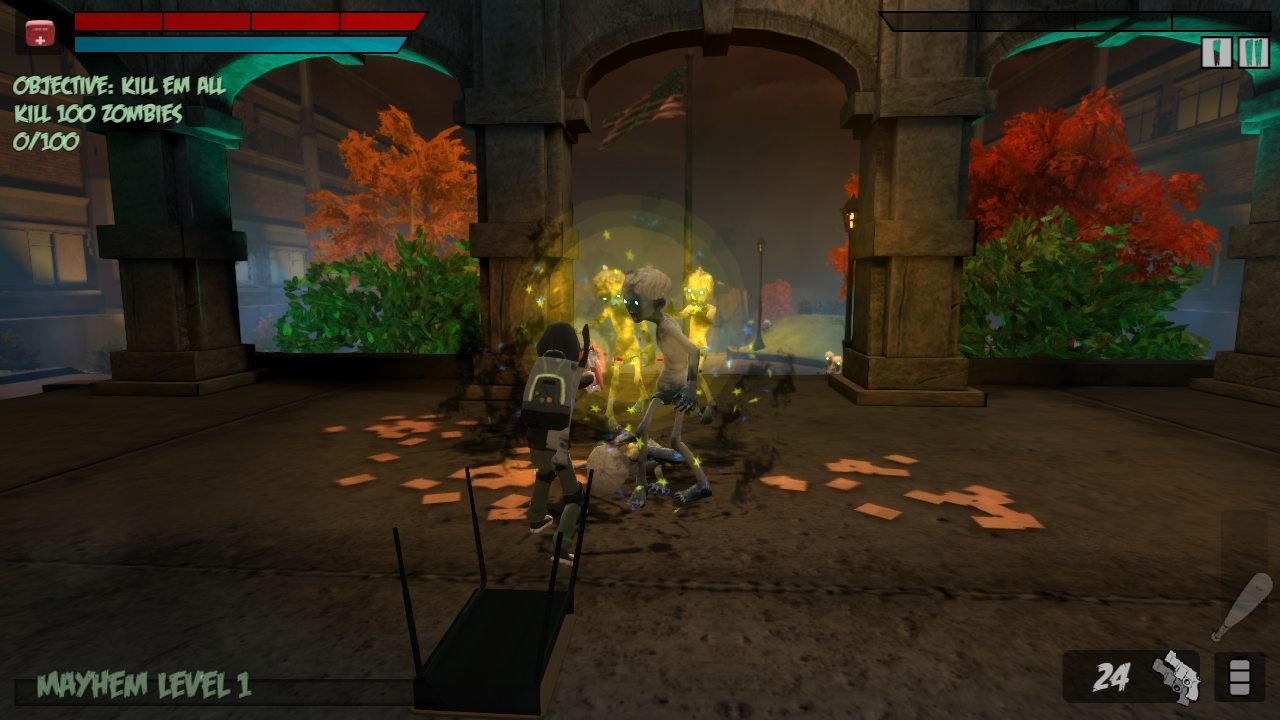 Customization is extremely vast in this game. Hair, clothing, and accessories abound to ensure that no two survivors will look the same. You can even choose between a few different school-related weapons. I experimented briefly with the level-up system, which gives a fair incentive to continue playing. Eventually you will unlock all of the few available game modes, and find yourself waiting for the next update. There is a lot to love about this game and it is an extremely promising Early Access title, but the variety will need to be stepped up if it hopes to make itself known in the horde of zombie games available today. 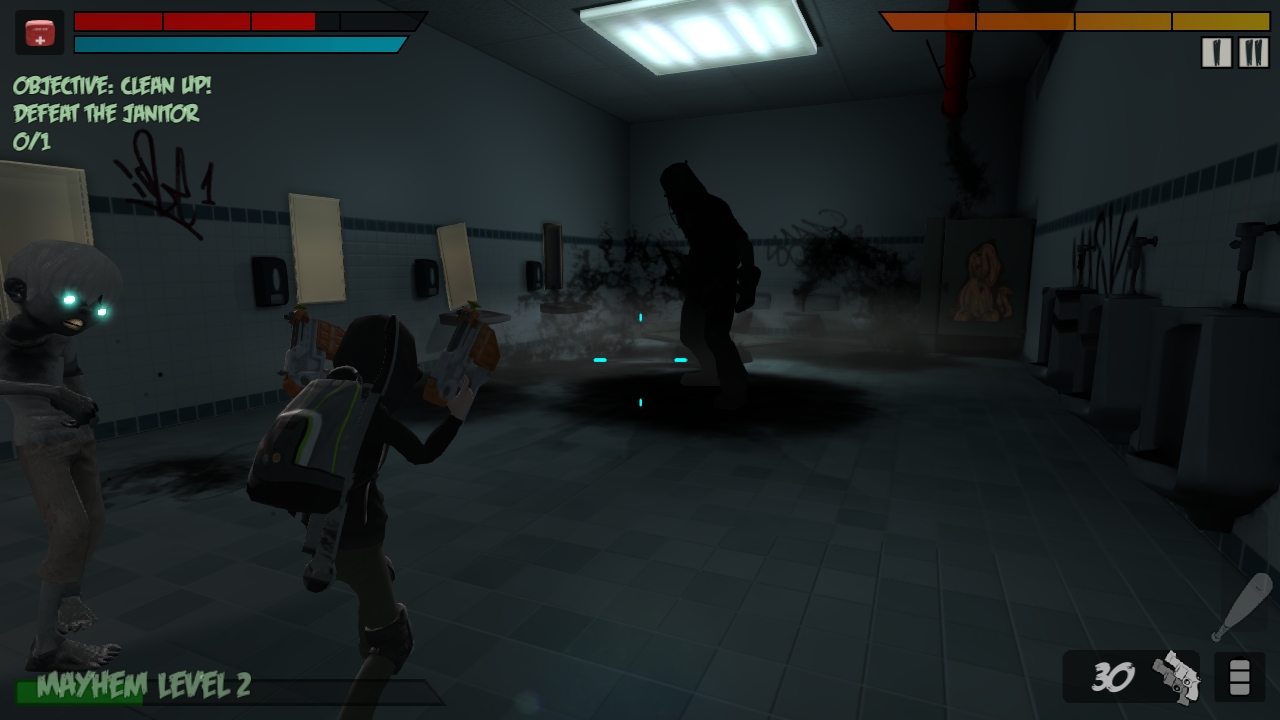 I greatly enjoyed my time with Zombie Playground, but lack of variety hurts this game a lot. The difficulty score is flogged by the beat-em-up nature of the game and the sheer amount of items dropped. This games unique aesthetic and fluid controls are what eventually won me over. This game could surely be amongst the greats if it offered a more complex combat system and maybe some RPG elements. If it seems like something you would enjoy, please leave a comment on the youtube video mentioned previously and your name will be entered to win one of two Steam keys. Thanks to Stealth Studios, and I can’t wait to see whats in store for the future of Zombie Playground.

Summary: Arena-shooter about kids cleansing their school of zombies. Oozes style and potential.

Verdict: Lacking content at the moment. With more classes/levels/unlocks this game will become a real treat.

If it seems like something you would enjoy, please leave a comment on the youtube video mentioned previously and your name will be entered to win one of two Steam keys.