Titan Souls is an amalgamation of everything awesome that has surfaced recently in video games, as well as all the pieces that made the classics what they are. Lines are often drawn to Legend of Zelda. With a bow, and one heart that doesn’t BEEPBEEP at you endlessly. It’s not an entirely inaccurate comparison, the bosses are larger than life and the music is heavenly. It’s epic during fights and can also turn relaxing and subtle while you wander the overworld. While the humongous titans can smash you in less than an instant, their own demise can be as quick with the correct strategy. This borderline of victory and death and the ability to leap right back in and correct your past mistakes is an extremely addicting combination. Will Titan Souls stand the test of time? Or will blemishes end up bringing it to its knees? Without any further adieu, lets dive into Titan Souls. 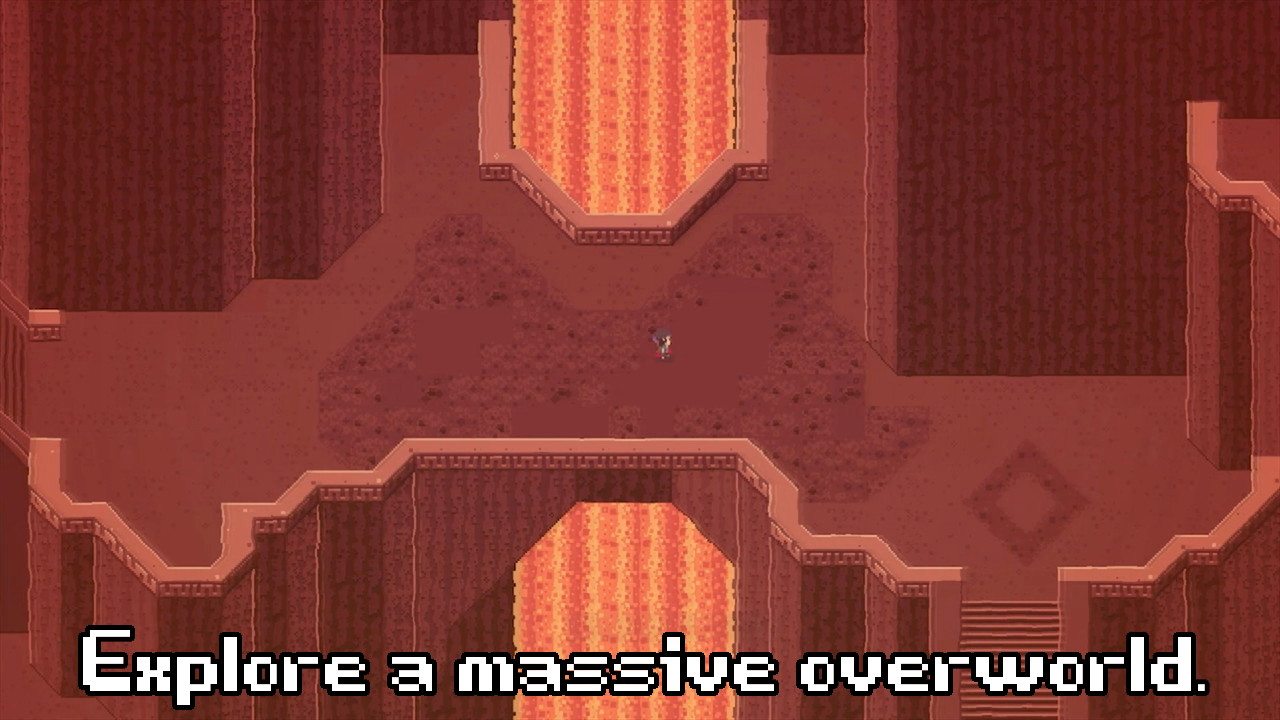 This game works so well simply because I look forward to making my way to the next boss and picking apart its weakness. Most bosses will take a bit of trial and error, and even once you have them figured out, one slip can lead to a trip back to the save point. The run back usually isn’t too long, but between boss hubs there is a massive overworld. It seems almost too large for its own good. Puzzles are sparse and don’t take much thinking to conquer, especially after the intensity of a boss battle. Aside from it being pretty vacant, it is pretty enjoyable with many changes of scenery and lovely mood music to relax you after a string of hectic failures against the titans. The variety of bosses you will find in this game is pretty vast as well; from a frozen-brain, to a yeti, to a giant mushroom. The feeling the game creates when you first step into a room and lay eyes on a new titan is ecstasy. Even if you die seconds later. 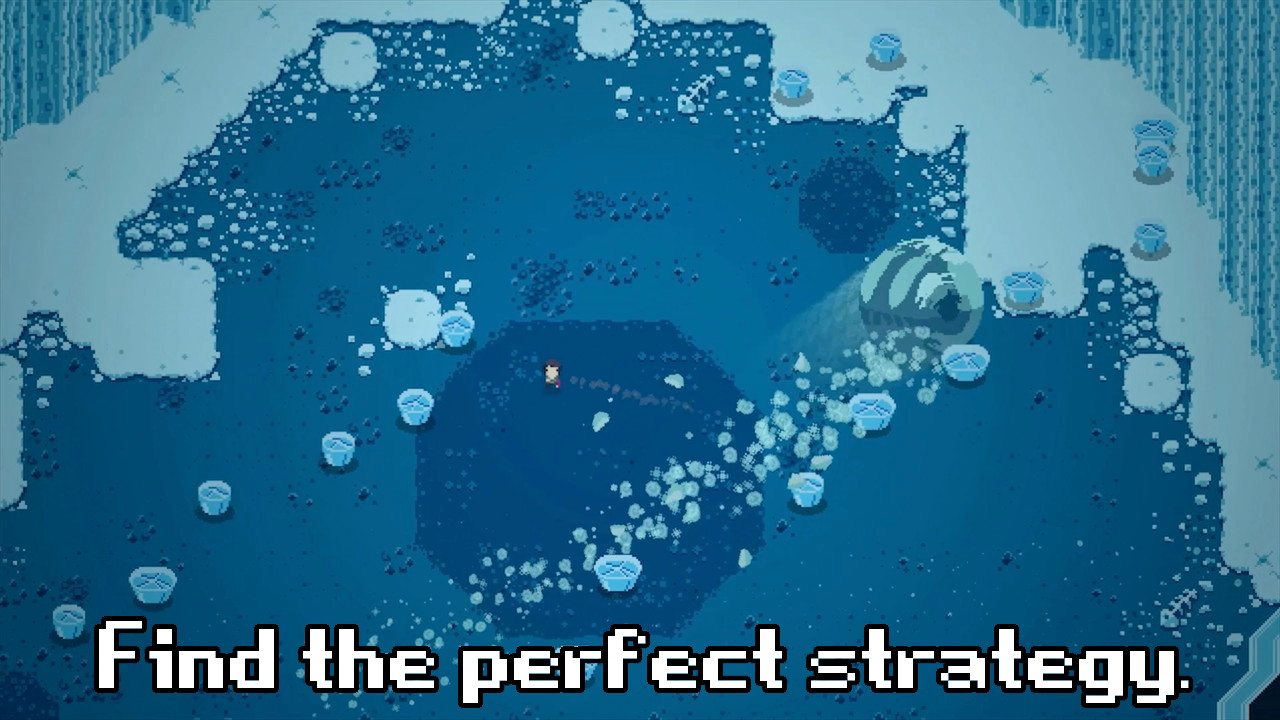 Each boss even has its own way of moving. One particular boss comes to mind that submerges itself in the water, only to leap into the air and crush the platforms that you stand upon. Some patterns are more coherent than others. The massive amount of experimentation makes this game a pleasure to play, and when you finally achieve victory the elation is well deserved. I do wish there was a bit more lore or story to explore, since the vast world makes you thirst to know more but doesn’t really do much to satiate that desire. This is where it really falls short in my eyes. For a game to deserve a comparison to something like Legend of Zelda it really needs to offer more depth. 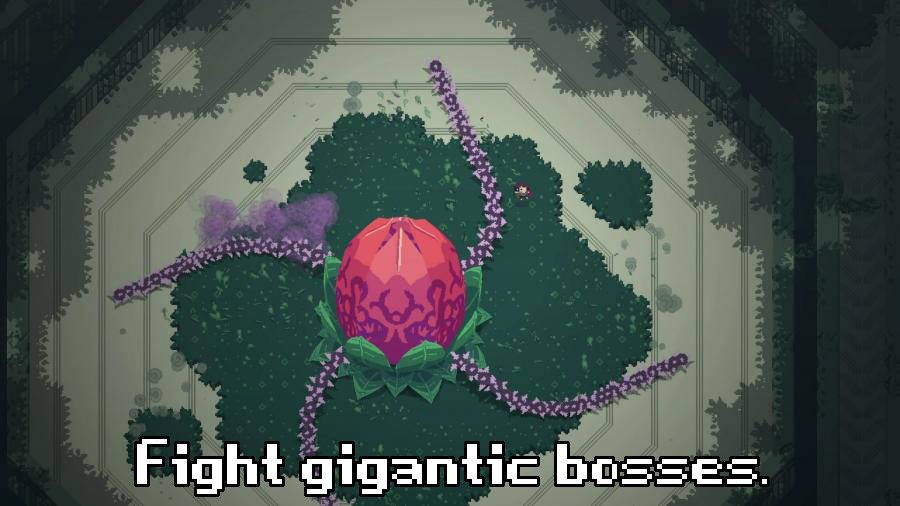 Overall I think Titan Souls will remain a game that stays in my memory for a long time to come. While it has a couple of problems, such as the somewhat uninspired design behind the boss rooms and the slightly monotonous feeling of the overworld. However, the boss fights will keep you engaged and there is even a new game plus for when you think your journey is finally concluded. I’d venture to say that the game really only begins with new game+. The replayability is there, and Titan Souls is fun enough to keep you endlessly engaged. The fact that I want to see more of the lore behind the bosses might be a complaint, but it’s also a testament to the game’s ability to completely absorb you. Great work by Devolver Digital as always! Hope to see more from you guys soon.

Summary: A string of epic boss battles with a beautiful retro aesthetic. Shadow of the Colossus meets Link to the Past.

At the moment you can get it at GamesRocket for $13.95