Company of Heroes 2 + Ardness Assault is FREE on Steam

Company of Heroes 2 & Ardennes Assault are both free to keep forever on STEAM! Promotion ends on Monday, May 31st, 10am PST. 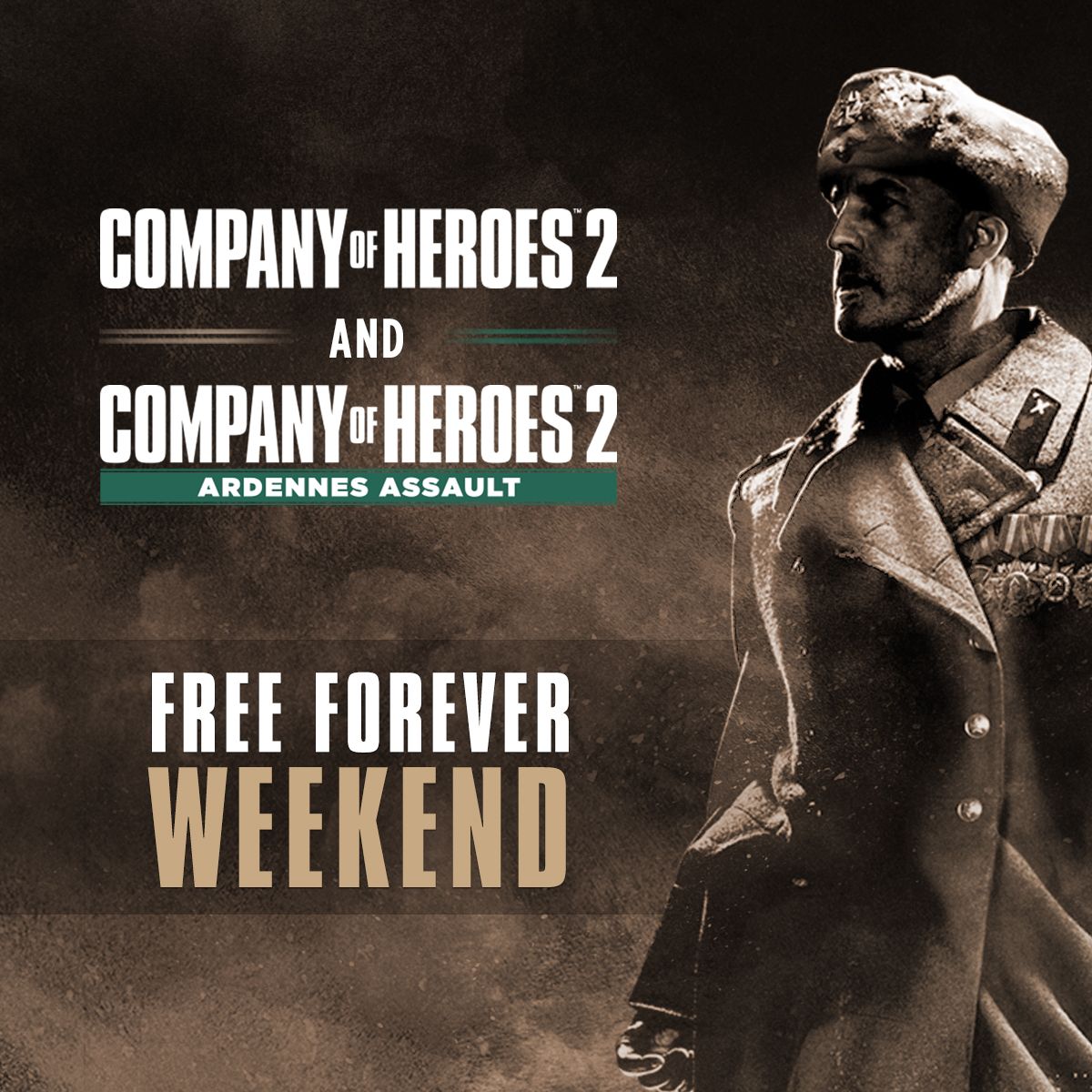 Get your friends to enlist and join you on the battlefield. If you’re a seasoned CoH vet, be a hero and take a new recruit under your wing. All major CoH2 DLC is 75% off until Thursday June 3rd, 10am PST.

All players can now also get the Case Blue DLC free for a limited time only by signing up to our newsletter. Don’t miss out! (Can be glitchy, so try again later if it doesn’t work right away)

The Company of Heroes 2 base game gives you access to two multiplayer armies from the Eastern Front: the Red Army (SOV) and the Wehrmacht Ostheer (GER). It also comes with a gritty single-player campaign that will give you a chance to familiarize yourself with the series core tenets. Step into the boots of a Soviet commander of the Red Army, entrenched in brutal frontline warfare to free Mother Russia from the Enemy invaders! Adjust your tactics to take into account the brutal weather conditions and wield the might of the Soviet Empire as you smash your way to Berlin.

Company of Heroes 2: Ardennes Assault offers a compelling single-player campaign for the USF faction revolving around the Battle of the Bulge. Engage in a dynamic non-linear campaign across the Ardennes landscape consisting of 18 scenarios, choose between three iconic companies, customize their abilities and bear the consequences of your actions as overall company health persists between missions.

HOW TO GET COMPANY OF HEROES 2 + ARDNESS ASSAULT FOR FREE:

Just head over to Steam or navigate to the game in Steam Client, add the game to your cart and checkout. Simple as that. After that, the game is yours to keep, and play, forever.