3 new legendary bundles have launched at Fanatical – Anime Legends, FPS Legends and Strategy Legends, besides a dozen or two already live bundles during the latest BundleFest. 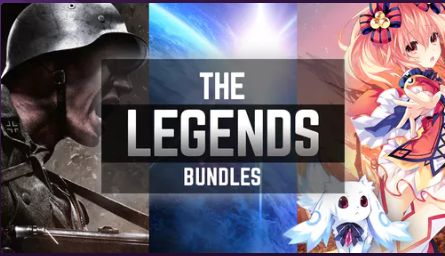 Venture through vast galaxies with up to 1,400 star systems in real-time 4X space strategy Distant Worlds: Universe; lead your intergalactic army into tactical space battles in Star Hammer: The Vanguard Prophecy; and attempt to build a new civilization on a faraway planet in 4X turn-based strategy Pandora: First Contact.

Join Fang and his gang of brave warriors as you play your part in the battle between the Goddess and the Vile God in enhanced remaster Fairy Fencer F Advent Dark Force; team up with three other players online to take on zombie hordes in the ‘Very Positive’ Steam rated MegaTagmension Blanc + Neptune VS Zombies; and investigate your allies to expose the traitor infected by the virus and fight in real-time battles with Dark Rose Valkyrie.

Engage in multiplayer and cooperative conflict across the Middle East, Africa, and Central Asia in the multi-million selling Insurgency; dive into a richly interactive combat experience with WW2 FPS Enemy Front; and explore the depths of the ocean gathering resources and fending off sea threats in FarSky.

Played through countless historical, real-life settings and want to spice things up? It’s time to take the fight into space with Alien Rage – Unlimited. Use a fury of powerful weapons in over-the-top FPS action as you face a barrage of beastly-sized bosses that will test your every skill!

Plus, make any purchase during BundleFest and you’ll instantly become a festival VIP, with an exclusive 10% discount off your next bundle.