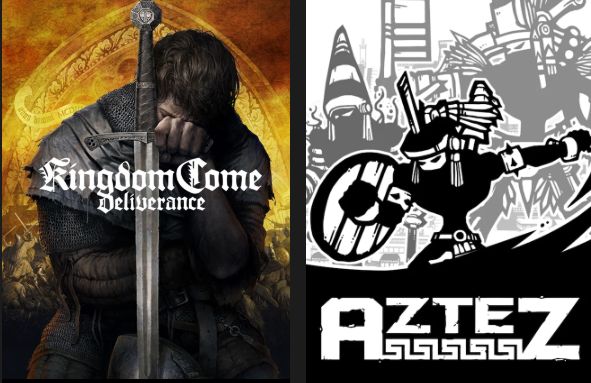 Kingdom Come: Deliverance is a story-driven open-world RPG that immerses you in an epic adventure in the Holy Roman Empire. Avenge your parents’ death as you battle invading forces, go on game-changing quests, and make influential choices.

Get it for free at this link. Kingdom Come: Deliverance will be available for free until February 20th.

The second available free game this week, Aztez is a unique hybrid of beat ’em up and turn-based strategy, set in the world of the Aztec Empire. Highly technical, real-time, beat-em-up combat events resolve ongoing conflicts in your expanding empire.

Get it for free at this link. Aztez will be available for free until February 20th.

HOW TO GET THESE GAMES FOR FREE:

Just head over to Epic Games Store or navigate to the games in their launcher before February 20th 2020, add the games to your cart and checkout. Simple as that. After that, the games are yours to keep, and play, forever.