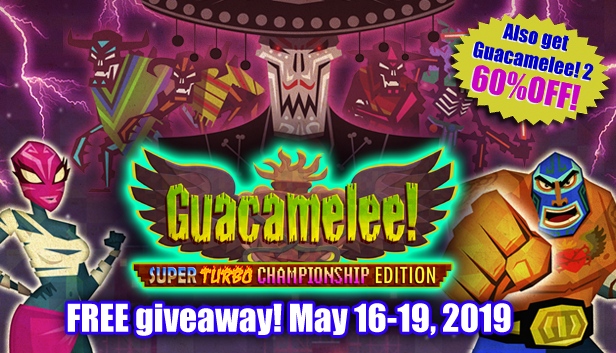 Guacamelee! is a Metroidvania-style action-platformer set in a magical world inspired by traditional Mexican culture and folklore. The game features melee combat, parallel dimensions and same-screen co-op. The original Guacamelee! received wide critical acclaim and was a finalist for both IndieCade and the Independent Games Festival’s Excellence in Visual Art award.

Just head over to Humble Store and add the game to your cart and checkout. Simple as that. Make sure to redeem your key in Steam within a week, since they will get invalid shortly after the promo ends.

Aegis Defenders is free on Steam for 24 hours

Interkosmos is free on Steam

Naval Warfare is free on IndieGala

May 19, 2020
3
IndieGala is giving away FREE DRM-free copies of Naval Warfare, a strategy game in which you wage war in a military campaign of epic proportions in, under and above the surface!

Get 10 Second Ninja X for FREE on Steam

Recession-Proof Your Finances With This 9-Course Guide