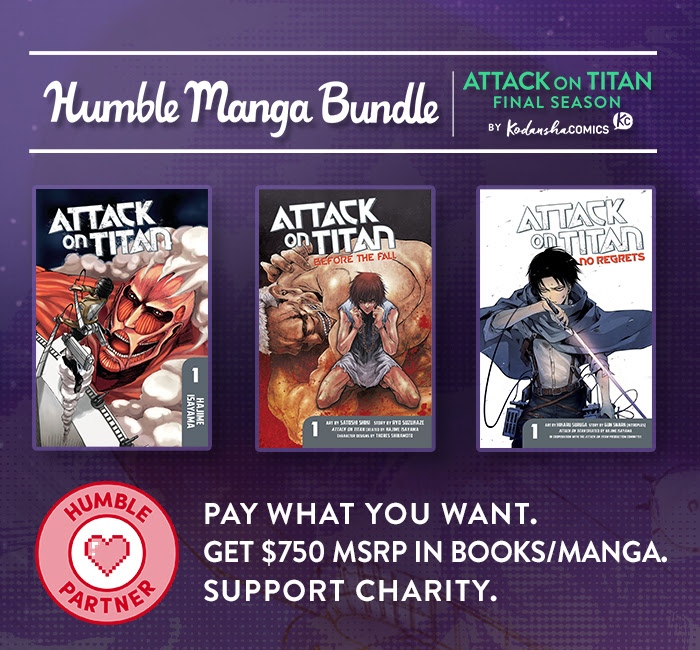 Plus, your purchase helps support the ACLU & Doctors Without Borders!

How much it costs?

Pay $1 or more. All together, these comics would cost over $789. At Humble Bundle, though, you name your price of $1 for the first tier or add more to increase your contribution and upgrade your bundle!

Where can I buy it?

On what devices can I read these books and comics?

Read them anywhere. These books are available in multiple formats including CBZ, PDF, and ePub, so they work on your computer, e-readers, iPads, cell phones, and a wide array of mobile devices!