Let’s get this out of the way: Shadowgate is evil.

No, not the living castle you are trying to traverse in the game. The game itself wants to murder you at every corner. Dragons, Goblins, Drakes, Wraiths, pitfalls and other surprises will make sure you remember every pixel of the following Game Over screen: 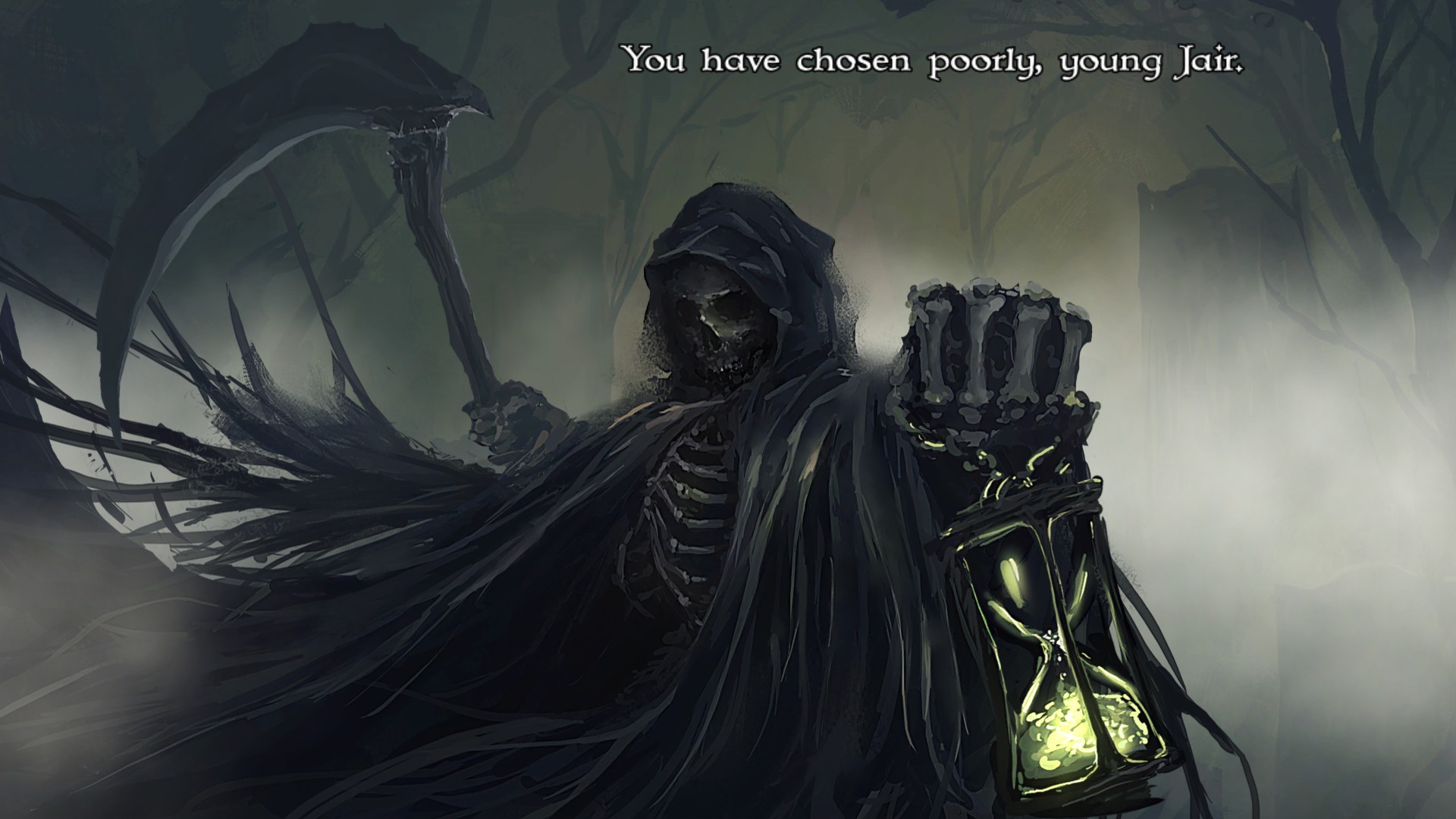 Shadowgate is the remake of a classic adventure for Mac and NES.

I have to confess to never playing the original. I was too busy shooting ducks with my light gun and wondering why the hell is the princess in another castle, again.

You can choose between 3 difficulty settings when starting a new game. I confidently clicked on the middle setting – Journeyman, but after a few hours I had to restart the game since I used up all the torches and was completely stuck.

I got my ass handed to me by the game – which in 2014 is a pretty rare occurrence outside of games like Dark Souls.

To my own personal shame, I sucked it up and started the game again on the lowest difficulty setting.

This time around, the puzzles were easier, and some puzzles that were in the Journeyman setting were completely absent from the game. But no, that didn’t stop me from dying over and over again and ultimately getting stuck again. And I liked that. It made me click “resume” and try again. And again. And again. I wanted to see what was in the next room. I wanted to find out how to defeat the Drake on the bridge that would burn me to a crisp if I tried to run past it. I was hooked and annoyed at the same time. 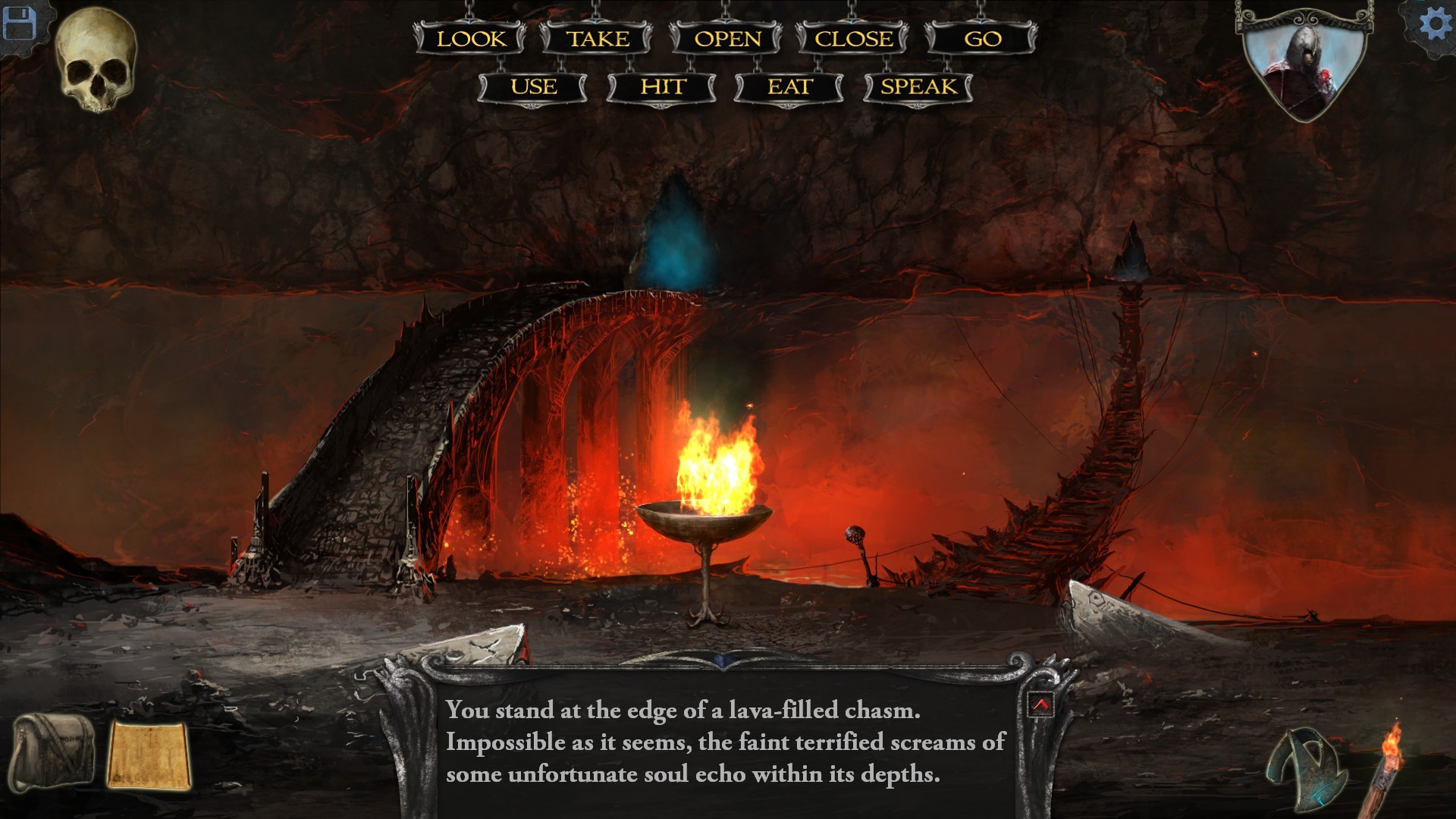 Suffering from the curse in the game that meant impending doom after a while if you don’t find the cure, only meant more frustration – but it added a layer of urgency and danger to the already spooky atmosphere. 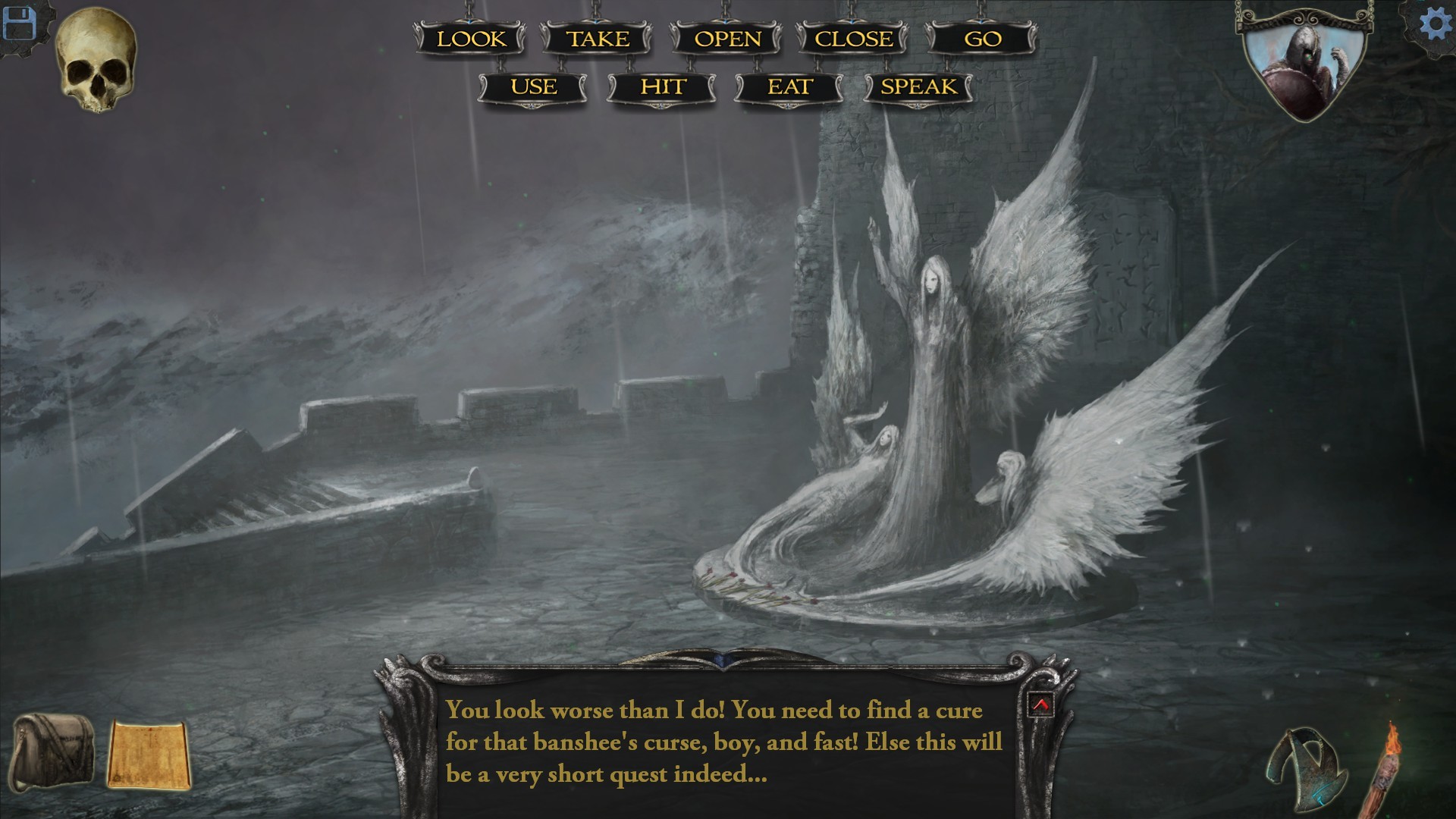 I have mixed feelings about Shadowgate as a remake of a classic game.

On one hand, I really enjoyed the old school feeling of the game, punishing me for every misstep like a true game of the old. I also loved the music, hand drawn art and most of all a real sense of accomplishment once I figured out a difficult puzzle.

On the other hand, I felt like some aspects of the game, like the use-open-close-hit-speak-eat-take-go system should have been made less old school and more modern.

Still, Shadowgate is a fairly enjoyable game and would recommend it to all adventure game fans that don’t mind investing a little bit extra work into unlocking the secrets of the Shadowgate castle.