Scrolling shooters date back to the days of arcade cabinets, sticky carpets, and begging parents for one more quarter. They’ve had a long time to perfect their formulas and find new ways to innovate. Developers Might and Delight bring their interpretation of the series to Steam with The Blue Flamingo. Is it a stellar tribute to its history, or an easily forgotten drop in the bucket? 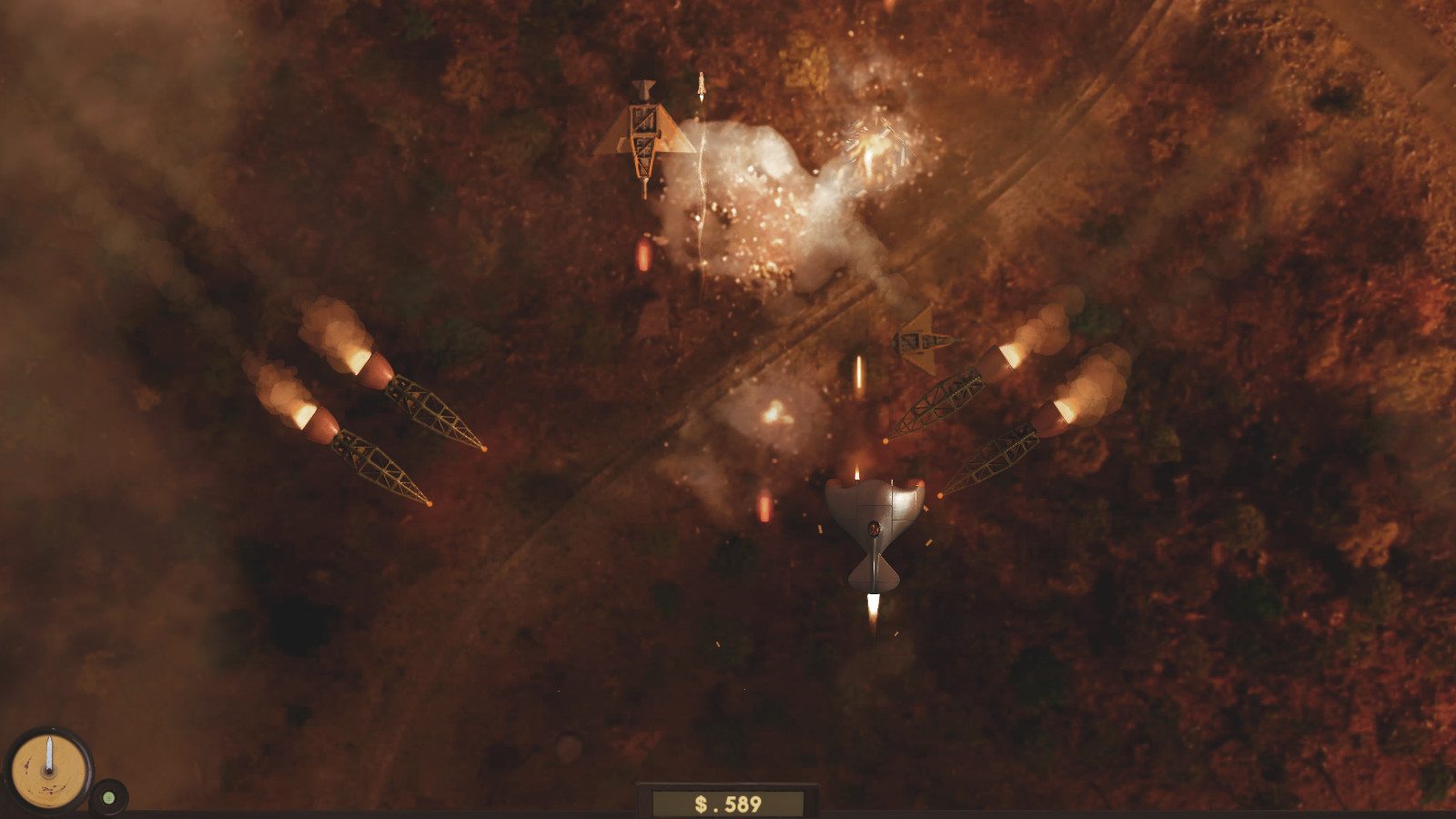 The premise is the same as any shoot em up, scroll through the level shooting down various enemies to get to the end, buy an upgrade, rinse, repeat. This formula stays true with Flamingo. With bullets, diving enemies, and bombs, the game controls as you would expect. One complaint with the controls is that the movements feel slippery. It feels as though after I have let go of the key, the ship moves a little more. The ship feels like it is on ice. While this isn’t nearly as damning as it would be in a bullet hell, it still makes pinpoint movements difficult.

The gameplay is nothing special. Enemies are slow and don’t feel too threatening. Most of them are easy to dodge and the real threat comes from trying to place yourself in a way to get higher kills and scores. Without any interesting attack patterns or really threatening enemies, the gameplay is adequate without being really engaging. 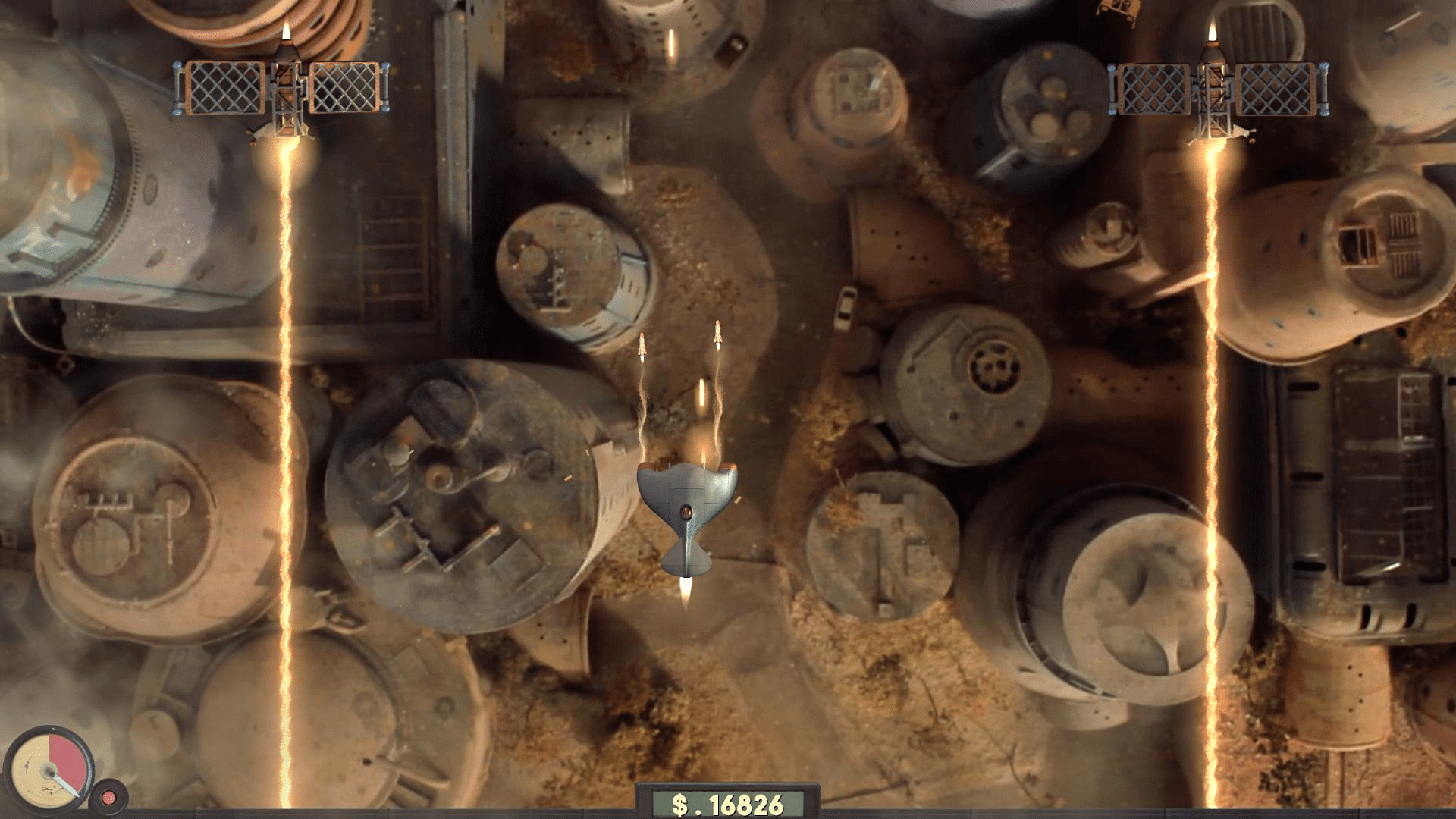 Talking about the aesthetics of the game is a bit complicated. On one hand, the creation of it is very interesting, while the actual execution is underwhelming. Everything that you see is actually hand crafted. The level is a handmade table, and all the ships and enemies are real figurines. Explosions and effects were made with firecrackers and pyrotechnics. Everything was captured on film and integrated into the game. Taken from a technical perspective, the creation of the game is really cool with a unique attempt at creating a memorable style.

However, in reality, the effect is not nearly as effective. The scrolling levels end up looking bland, with the same colors melding together into a grey or brown blob. The enemies blend similarly into the level. On a whole, it suffers from a sever lack of color. Enemy design is less than inspired, staying with basic geometric shapes and simple attack patterns. There isn’t any flair to the design. Effects are simple, and there is little satisfaction in killing the enemies. In all, while the way they made it is new and interesting, the effect ends up falling flat. I didn’t even notice the a real difference in the design until I read about it on the store page. It seems like a lot of work for little payout. 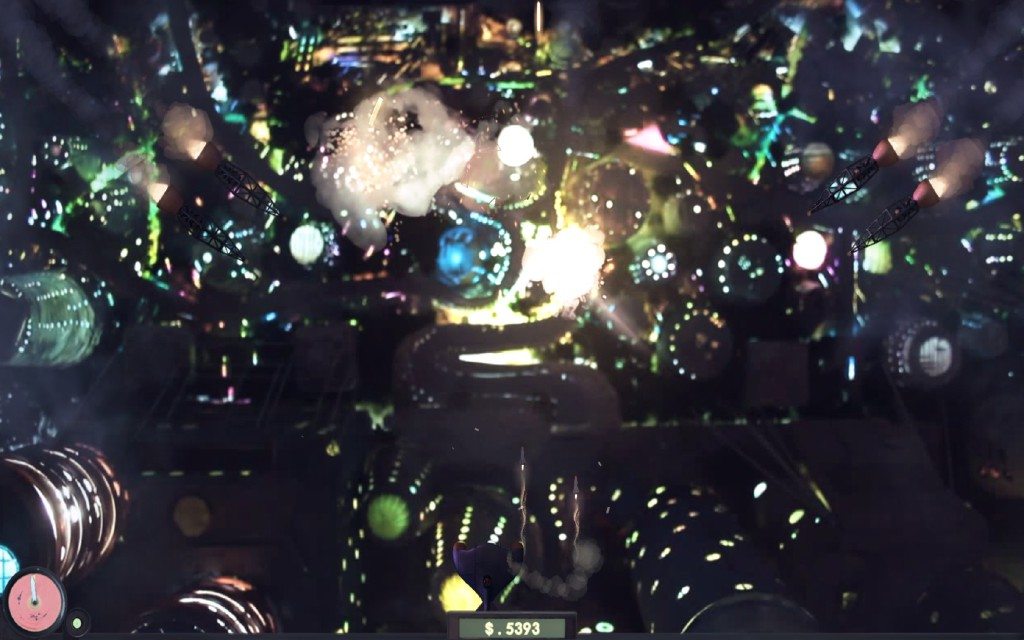 As a whole, The Blue Flamingo is an average game. It works fine without doing anything really interesting. Its style is inoffensive with nothing that stands out. It all works, and does nothing exceptionally. If you’re looking to fill a shoot em up need in your game library, then this would work fine, but there are definitely more interesting games to be found.

Summary:  Inoffensive and bland, but works on its technical level to a satisfying extent.