First grab the free base Minion Masters game then grab a FREE Torment DLC Steam key in a promo by Beta Dwarf available in a giveaway that ends October 20th 2022. 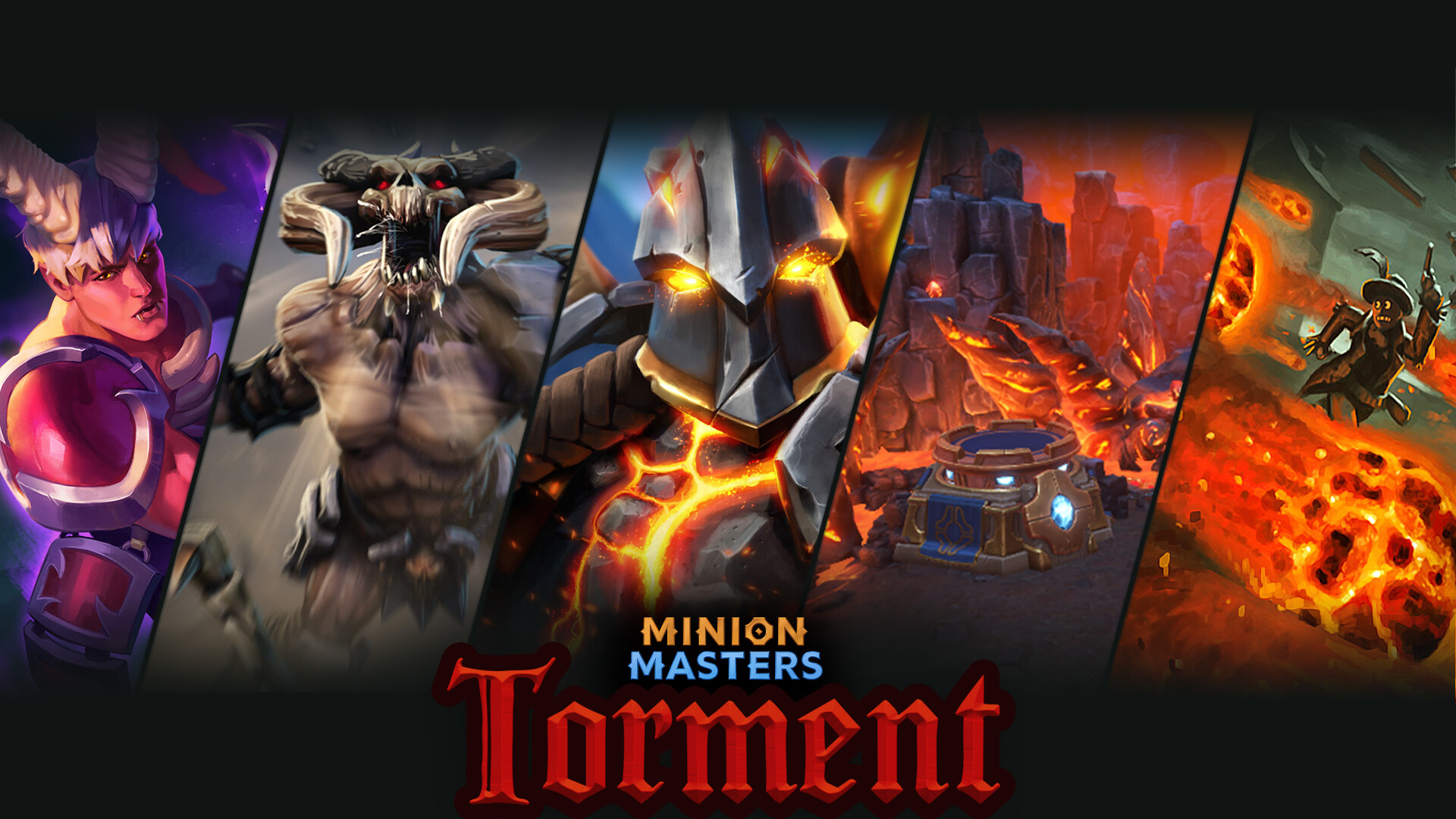 The Torment DLC is a great +300% value bundle to unleash fire and fury on your enemies! including the legendary Crakgul Doomcleaver! It also gives you a headstart in this month’s Season Pass.

Embrace your demon within with Volco, who enrages your melee Minions. Crakgul Doomcleaver strong attacks makes your Voidborne cards cheaper to play with each fresh kill, which lets you overrun your opponent with demonic horrors such as the Assassin and Incubus! The pack also includes the fiery Magma Court (custom arena) which is the perfect setting to unleash doom on your opponents!
With this DLC, you have the perfect kit to start your reign as a demonic overlord!

“Pick Up and Play PvP at its finest”
GameSkinny

“If you’re familiar with things like Nexus Wars and Castle Attack, or just Clash Royale, you’re immediately gonna be able to pick this game up very very quickly. Obviously there is quite a lot of learning involved with the different troop types and cards available. But it’s really slick. It’s plays really really well. It’s a good version of that game type, for PC.”
TotalBiscuit

You’ll need a base game of Minion Masters to play this DLC. The base game is free and available here, and the free DLC is here (free only before 20 October @ 7:00pm CET)