Turn-based strategy games with permadeath can be a painful experience for a newer player, or a thrilling experience for a combat veteran. Telepath Tactics is a game that walks this line perfectly, by offering a casual mode that will revive your fallen after combat with a reduced health total. As someone who put over 600 hours into the GBA version of Final Fantasy Tactics, as well as smashing my fair share of Fire Emblem games I was certain this game would be a cakewalk. This is simply not the case. Your strategy most be on point. It’s important to take advantage of flanking and backstabs for your melee fighters, as well as using higher terrain to power up your archer’s attacks. Find that a characters is a bit out of range? Use a skill or spell to push/pull them to a more convenient position. It takes a conventional formula and seems determined to improve upon it. Will it push its way to the top? Or will flaws pull it into obscurity? Let’s find out as we take a deeper look at Telepath Tactics. 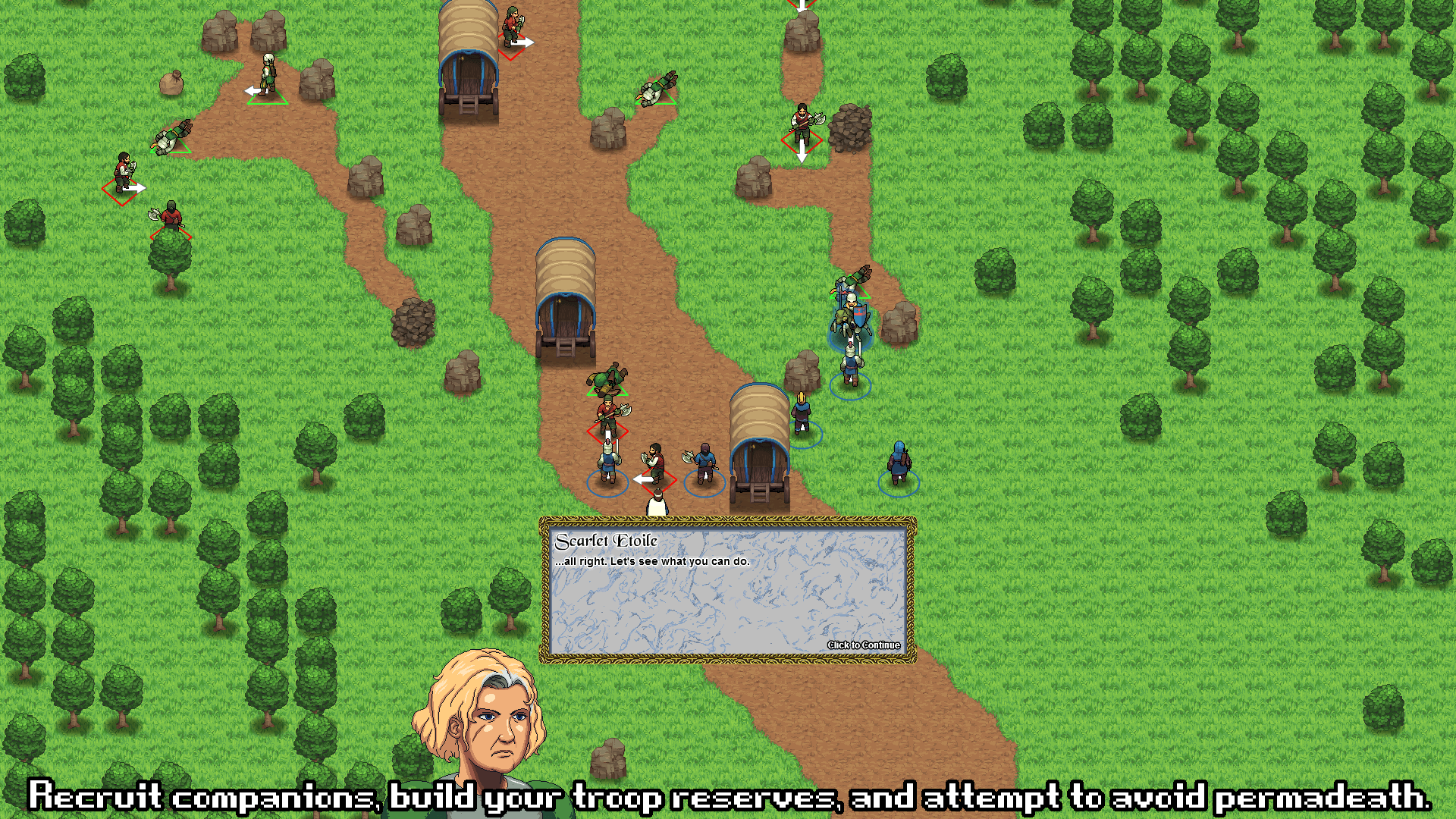 There are skirmish battles which can be set up, but the true glory of Telepath Tactics lies in the campaign mode. The story starts out in a fairly generic fashion, with two girls escaping from a slaver camp to find their father. Along the way, many interesting characters will join your force and before long you will be mixing and matching your favorite classes to decimate your foes in the manner of your choice. Combat is extremely gratifying, and victory or decimation is almost always based on your tactical wits. You will often recruit new members from cutscenes, or by talking to allied troops during a battle. These extra reinforcements are great for filling in the gaps that might be left by people lost via permadeath, which is how I chose to play. Far more characters were recruited than died in my play of the campaign, but I can imagine the situation becoming quickly sticky for a novice player left with nothing but revived, weakened heroes. There is a level up system as well which can make your main fighting force an absolute wrecking ball, but newer recruits and heroes that manage to die enough on casual mode will eventually be left in the dust. 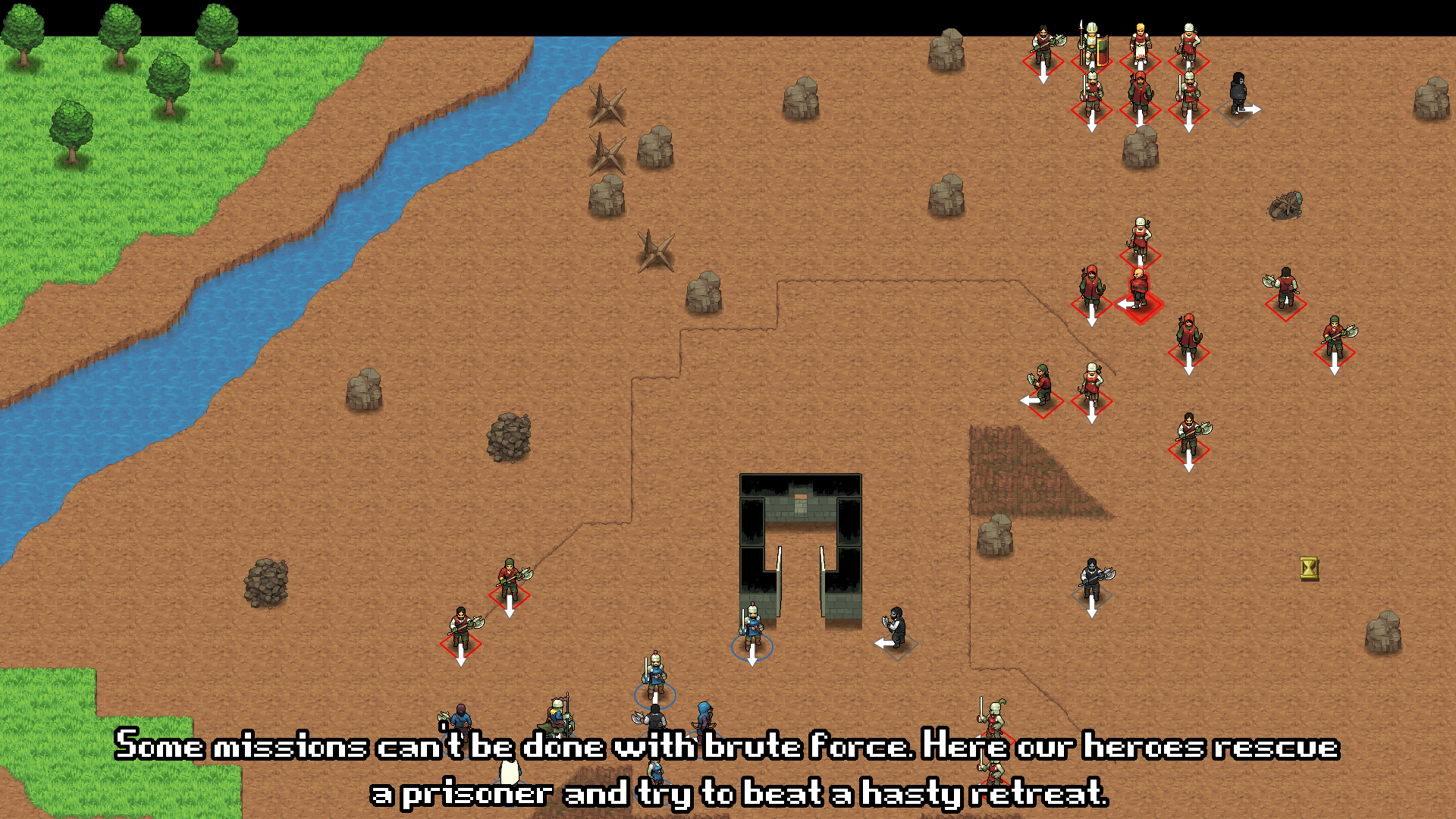 The music is another pointedly enjoyable factor of this game. The pulsing beat of a battle march captures the pounding of my heart as I sit for 10 minutes deciding how my next move will lead into the one after, and what my enemy might do to thwart me. Some campaigns have a different objective than simply slaying your opponent. From rescue missions to capture the flag, Telepath Tactics offers an array of ideas into a genre that is generally pretty straightforward. Telepath Tactics also has the ability to create and share custom campaigns, so the possibilities are as endless as you care to make them. User-created content is one of the most exciting advances in this new generation of content, and although the game only features local hotseat multiplayer currently, you can still smash your overseas friends’ egos by creating the most sadistic map possible and challenging them to complete it. I feel I should mention you can do much more than just shove people into water. You can freeze the water to create a path, blow up terrain, and even build your own bridges! The possibilities are amazing, and even if I don’t find the graphics particularly enjoyable, I think the game itself has more than passed my expectations. 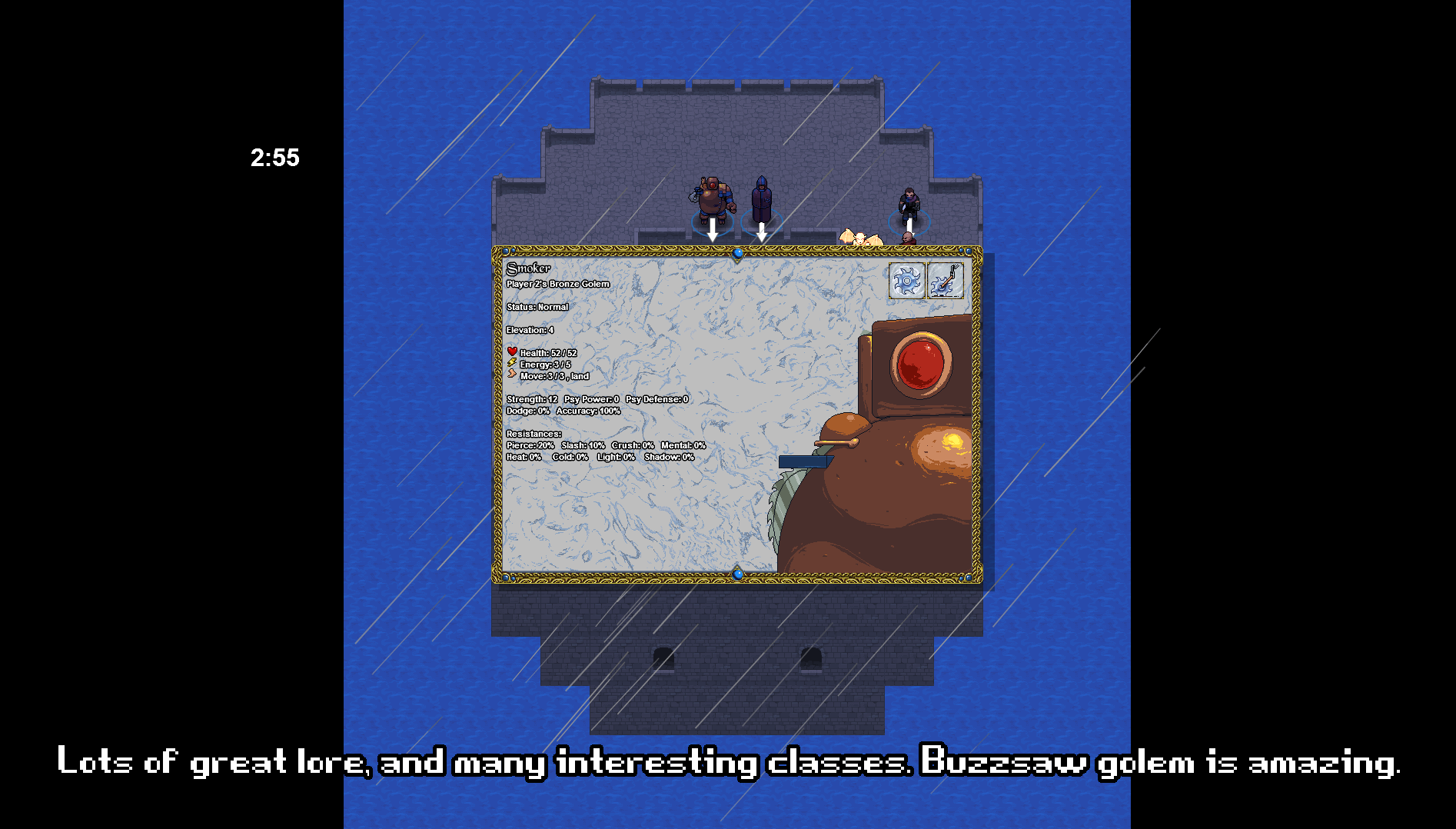 Telepath Tactics isn’t without its flaws. The controls don’t seem extremely intuitive, the graphics displease me, and as everyone knows: local hotseat multiplayer is only for people with friends outside the internet. I also found the sound FX a bit repetitive after a long battle, there is no voiceover work and LOTS of text, and while the spellcasting sounds aren’t great, the score is slightly redeemed by things like the golem punches, which are actually quite impressive. Overall Telepath Tactics is an extremely fun and deep game with a campaign that is sure to pull you in with its lore, and gameplay that will keep you coming back for more. Kickstarter seems to have a better track record that Greenlight for allowing new developers to flourish. I am pleased to say $15 is a bargain for this game. There are hundreds of hours of gameplay here for slightly more than the cost of a movie ticket. With online multiplayer and a big of graphical polishing, I think these developers are headed for something huge. Thanks so much to Sinister Design for letting IGB put this beauty through its paces. We hope to see more soon!

Verdict: This game is a must buy for fantasy turn-based strategy fans.

Summary: A great turn-based RPG where the environment is key to strategy. Absolute gobs of replayability as well as a ton of interesting lore.